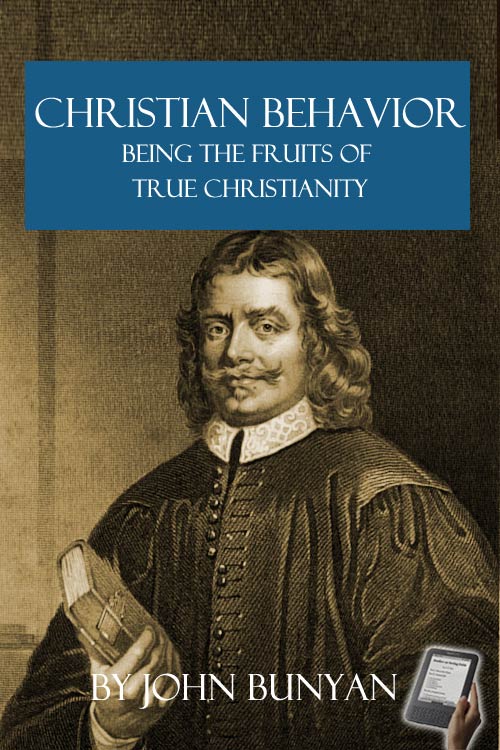 Courteous Reader, Having formerly writ some small matter touching the doctrine of faith, as justification by grace through the faith of Christ's blood, &c., I do here, as the second to that doctrine, present thee with a few lines touching good works, that I might, as at first I showed thee the good and glory of the one, so now show thee the beauty and excellency of the other: for though we are justified freely by grace through Christ before God (Rom 3:24, &c.); yet we are justified before men by our works (James 2:18): nay, a life of holiness flowing from faith in us that are saved by grace, it doth justify that grace before the world, that justifies us before God (2 Cor 6:1, 3; 9:12, 13; 1 Peter 2:11, 12).

I have not here only in general treated of this doctrine of good works, but particularly, after some discourse about works flowing from faith, and what makes it truly and gospelly good, I discourse of them as we stand under our several relations in this world among men.

As, The duty of the master of a family: Of the husband to his wife; and of hers to him: Of the duty of parents to their children; and of children to their parents: Of masters also to their servants; and of the servant again to his master: with a brief touch upon good neighbourhood; and a discovery of covetousness, pride, and uncleanness, which are great obstructions to a truly gospel conversation.

I know there are many that have treated of good works in large and learned discourses; but I doubt all have not so gospelized their discourses as becomes them, and as the doctrine of the grace of God calleth for. However, I thought it my duty to add this discourse to all that are past; and that for these reasons.

1. To take away those aspersions that the adversaries cast upon our doctrine—as also in the days of Paul—that because we preach justification without works of the law; therefore they pretend we plead for looseness of life: 'whose damnation is just' (Rom 3:8). 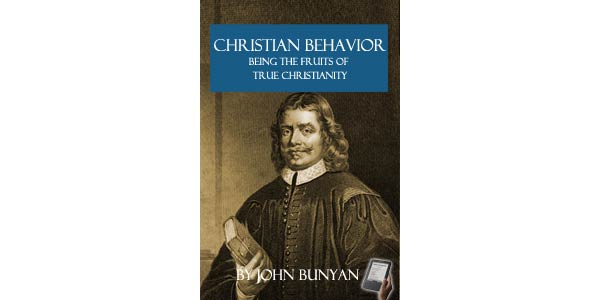 2. Because, though there be much discourse about works in general, yet a particular discourse of them, as before is touched, is too much neglected; and by this means every one too much left at uncertainties (as from them) of their several works under their particular relations; which I think is one reason of that disorder in families and places where God's people live; to their shame, and the dishonour of God.

3. Because these few books that do particularly treat thus of good works, are, I think, now so scarce, or so big, that but few have them, and few buy them, if they may be had, especially our new converts, for whose sakes principally this short discourse is intended; and indeed, this is one reason of my brevity, that the price might neither be burdensome, nor the reading long and tedious. Multitude of words drown the memory; and an exhortation in few words may yet be so full, that the reader may find that in one side of a sheet, which some are forced to hunt for in a whole book. The Lord teach us this wisdom.

4. I have written this book, to show that I bear a fellow-testimony and witness, with all that know God, of the operation that grace hath, and will have, in the heart that hath savingly received it.

Lastly, I have thus written, because it is amiable and pleasant to God, when Christians keep their rank, relation, and station, doing all as becometh their quality and calling. When Christians stand every one in their places, and do the work of their relations, then they are like the flowers in the garden, that stand and grow where the gardener hath planted them, and then they shall both honour the garden in which they are planted, and the gardener that hath so disposed of them. From the hyssop in the wall, to the cedar in Lebanon, their fruit is their glory. 3 And seeing the stock into which we are planted, is the fruitfullest stock, the sap conveyed thereout the fruitfullest sap, and the dresser of our souls the wisest husbandman, (John 15:1) how contrary to nature, to example, and expectation, should we be, if we should not be rich in good works!

Wherefore take heed of being painted fire, wherein is no warmth; and painted flowers, which retain no smell; and of being painted trees, whereon is no fruit. 'Whoso boasteth himself of a false gift, is like clouds and wind without rain' (Prov 25:14). Farewell.

The Lord be with thy spirit, that thou mayest profit for time to come.

Duties to the Master of a Family

Duties to the Family in General

Duty in Relation to the Wife

Duties of Parents of Children

Duties of Masters to Servants

The Duties of Wives

Duties of Children to Parents

Duties to Neighbours to Each Other

Of Adultery or Uncleaness