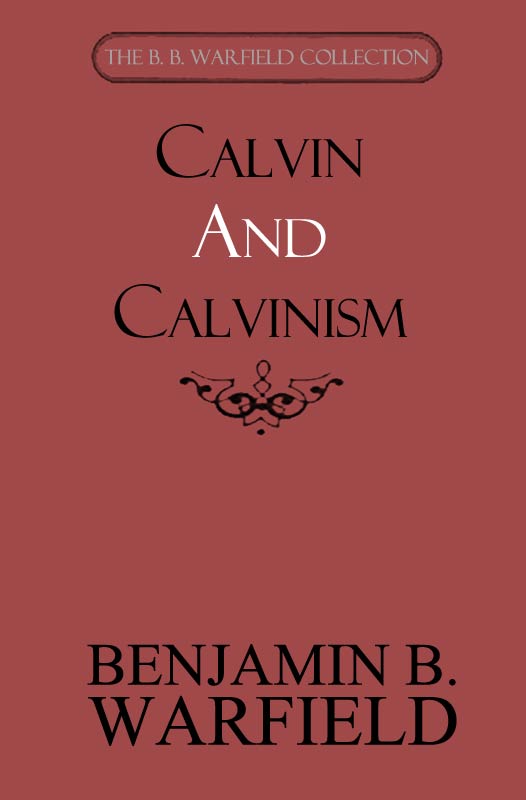 Classic Reformed Essays on the Man and His Theology

Warfield devoted a significant portion of his scholarly pursuits to the life and thought of John Calvin. Throughout his lifetime, Warfield remained an ardent defender of the Reformed faith, in part because Reformed theology represented an orthodox medium between the extremes of emotional revivalism on the one hand and domesticated liberal theology on the other. He believed that confessional Reformed theology could withstand contemporary criticism from both extremes, because Reformed confessions offered the clearest and most honest summary and application of Scripture. Warfield’s volume on Calvin and Calvinism begins with a lengthy biography of John Calvin, followed by chapters on Calvin’s doctrine of the knowledge of God, Calvin’s doctrine of God, and the doctrine of the Trinity. The volume concludes with two final chapters on Calvinism in general, and on the literary history of Calvin’s Institutes.

ENDORSEMENTS
"Calvin and Calvinism is one of those books that has helped many Christians see the beauty of Reformed theology, including this writer. How many people need help overcoming the 'horror' of Calvin and the theology attached to his name? It's amazing the effect an accurate picture can have upon lives. Here Warfield paints the picture with precision and in a most winsome manner. It is so good to have this material available as a monograph so Warfield can speak to another generation. Highly commendable!" - C. N. Willborn, PhD

When Prof. John Murray of Westminister was asked by students who they should read, he had a one word answer - "WARFIELD."

D. Martyn Lloyd-Jones said of Warfield, "No theological writings are so intellectually satisfying and so strengthening to faith as those of Warfield. He shirks no issue and evades no problems and never stoops to the use of subterfuge. One is impressed by his honesty and integrity as much as by his profound scholarship and learning."

I. John Calvin: The Man and His Work

II. Calvin's Doctrine of the Knowledge of God

IV. Calvin's Doctrine of the Trinity

V. Calvin's Doctrine of the Creation

VII. On the Literary History of Calvin's "Institutes of the Christian Religion"

Address One - John Calvin the Theologian

Address Two - The Theology of Calvin