Would Christ have had to die for the social justice gospel to be true? 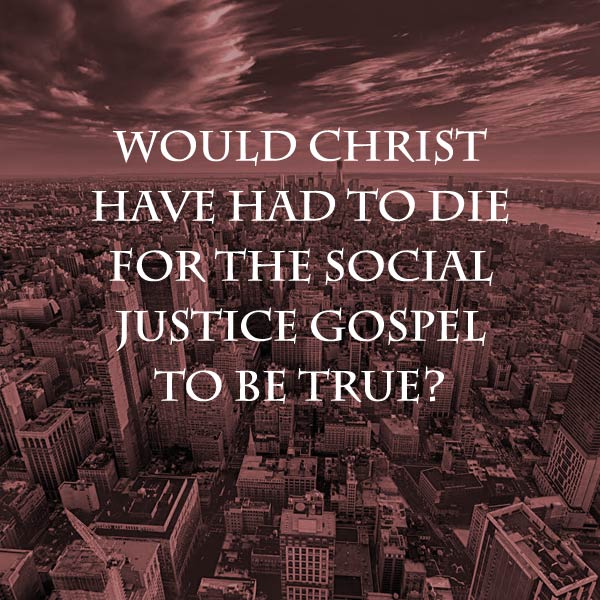 Question: So what about William Wilberforce who spent twenty years in politics and fighting for social justice and an end to the atrocities that were committed on slave ships? Don’t throw out the baby with the bath water here. Jesus should be preached in all aspects of our society. God is a God of justice and we have a responsibility to maintain justice as Christians. Are you anti-social justice and anti-politics? I realize there are those out there that are involved in social justice without Christ. They are still at least advocating justice. We will always have to deal with unbelievers, I would rather have them advocating justice than not.

Response: The first three lines of the blog post should make clear this is a message for professing Christians. Those who are replacing the gospel with moralism.

But now, having already received mercy from the Lord, the saved sinner will exercise mercy unto others. To invert this order is to overthrow the whole scheme of grace. Having been made the recipient of Christ's wondrous grace we cannot now but act graciously toward others: having an aversion to everything harsh, cruel, oppressive or injurious; and having a propensity to pity, to do our best to alleviate or remove the miseries of humankind.

The above three political movements which claim to be Christian are overturning this idea, which is no different than any other kind of base moralism.

As citizens I agree we ought to be engaged in politics, but we ought not to make an idol of politics. By all means vote your conscience but the kingdom is not advanced merely by political victory. Victory comes only as hearts are changed by the gospel. Having lived in a communist country for many years I learned firsthand that the gospel is not chained by oppressive governments but often times advances in spite of them. Anyway, I agree with being engaged but it is sad to see these Christian ministries talk about nothing except politics. I realize there are many churches who already are doing mercy ministry in a biblical way.  This short essay is really directed at those who are erring by making social justice the central meaning of the gospel whether their political leanings be on the right or on the left.