A Page from Hell's Playbook: the Subterranean Origins of Certain Equality and Justice Doctrines

If I were the devil—which some of you may believe after reading on—if my sworn mission was to devour the Christian faith from the inside out, then here is what I would NOT do. I would not slither into a Sunday service, breathing blasphemy and dragon fire, bragging about my triumphs at Auschwitz, commanding the congregation, “Deny that God is God!” I would not be an idiot.

I would dress up to look like justice, compassion, or equity, or some other ideal Christians would be quick to ‘Amen!’ I would sink my teeth and suck the true, biblical content from those words—not that many of the Enemy’s people know the true, biblical content of those words to begin with—then inject it with the venom of new meaning, a meaning that is antithetical to the Enemy’s definition of such silly words. Then I could get nearly every faithful Tom, Dick, and Sally to deny the Godhood of God while they think they are merely being more just and compassionate. I could get them to deny the Gospel itself while they think they are merely caring for the oppressed. Even better, I will include in that injection certain policies that are almost certain to further hurt the oppressed, the same policies I’ve used over and over to crush image-bearers. It’s the perfect evil trifecta I try to achieve in all my ploys. Rob worship from the Enemy, dupe the Enemy’s church, and inflict even more oppression on as much of that despicable race who bears the Enemy’s obnoxious image as possible.

Consider "equity," one of my favorite words. The ideologues use it often, but I’ve smuggled it into the average person’s mind under the common objection, “That’s not fair!” It’s literally the oldest trick in my book. When the first of the Enemy’s image-bearers stood at the tree, I convinced them that God and God alone knowing good and evil wasn’t fair. Why shouldn’t there be equity between Creator and creature? I like to think that I did my job so well that when they took the first bite they believed they were doing justice, righting some cosmic inequity by trying to equalize the powerful Have from the powerless Have Nots. It was the same trick I pulled with great success in Germany several millennia later. Why should all the Jews be doing so well. Of course it’s because of their sinister plot to keep you Germans down. Wipe out their race and equity and justice will return to your beloved Deutschland.” And they fell for it, the damned fools, to the destruction of millions of Jewish souls. I robbed God of worship as they worshipped their Fuhrer, I duped much of the German church, and I inflicted even more carnage and misery on the Enemy’s image-bearers. And all under the guise of equity and justice.

Those three powerful words: It’s—not—fair. I had the Soviet’s repeat like it like liturgy about the Kulaks in Ukraine, “Why should they be such luctrative farmers while we scrounge.” I had the French revolutionaries singing hymns about equality, sowing the word egalite into their protest banners, while their guillotines fell and their Age of Equality became my Reign of Terror. And what was Marxism but a rally cry for equality between the rich and poor, the bourgeoisie and the proletariat. I managed to turn the 20th century cry for economic inequality into state worship and obliterate over 100 million of the enemies Image-bearers in less than a hundred years. A million-plus per year, one of my finest centuries.

And here we are in the 21st century, and, I can hardly believe it, they seem to be falling for the same old trick all over again. Wrap the Anthrax in something shiny, conceal the poison in an apple, dress the monster up like an angel, use words like “justice” and “equity” and “compassion” to describe tyranny, and the Enemy’s image-bearers will almost always take the fruit, open the anthrax, embrace the monster, and help me usher in tyranny every time. Fools. They deserve the ruin I relish bringing them. Yes, there have been a few—Douglass and Tubman in America, Dostoyevsky, Solzhenitsyn, and Havel in Eastern Europe, the Scholl siblings and Bonheoffer’s resistance in Germany, to name a few from that loathsome cadre—who have exposed my plot. But few listen to them. And the Enemy’s image-bearers have such lousy memories and so few good historians, that I can roll out the same devious plot within a generation and no one is the wiser. I’ve got the majority on my side and the majority would kiss a snake, club a grandma, or crush a baby if I told them it was for "justice."

Dr. Thaddeus Williams serves as Associate Professor of Systematic Theology at Biola University and the author of REFLECT: Becoming Yourself by Mirroring the Greatest Person in History  The above post is an excerpt from his book “21 Questions Christians Should Ask About Social Justice” (forthcoming 2019).

Note: Dr. Williams is a firm believer in speaking out against injustice and inequality. As he argues elsewhere "there are good ways to do that (see the acton institutes poverty cure series for example) and there are other ways of claiming to be about the poor that hide some pretty insidious poor-thrashing evil stuff: 100 million lives were claimed in the 20th century under the guise of stopping “wealth inequality.” Satan was not a disinterested spectator at the killing fields of Khmer Rouge, the Gulags, Mao’s China, or even Venezuela today ...I think a lot of Christians hear “wealth inequality” and are sadly naive about the differences between a biblical way to address that and the image bearer of God crushing stuff often smuggled in with those two terms ... It would be worth asking “how can my well-intentioned idea of helping the poor by resorting to more government power possibly go wrong in a way that might hurt the very people you care about helping?” The poor image bearers of God (which they are) deserve more than good intentions in our hearts. They deserve the best thinking from our heads, real research into the complexities of economics so we don’t end up unwittingly hurting the very people we’re trying to help." Dr. Williams has spent years trying to do that and he has reached the conclusion that "much of what we call justice or equality for the poor these days turns out to be so dehumanizing and unwittingly cruel that Satan smiles as well-meaning Christians embrace ideas passed off as justice and equality that have proven to unleash more oppression." 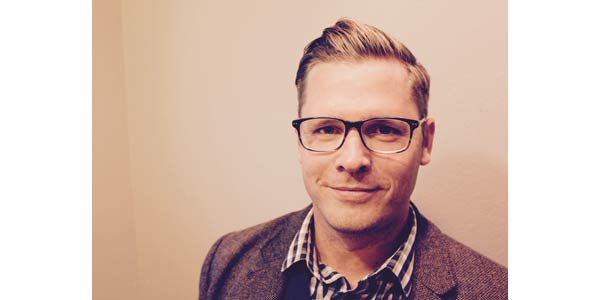