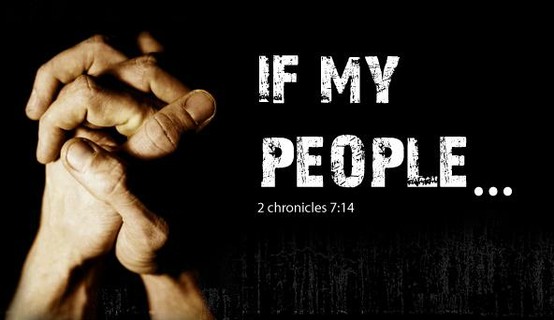 Many Christians will (reluctantly) acknowledge that there indeed do appear to be passages in the Bible, especially in the Gospel of John and the the theology of the Pauline epistles which strongly suggest that salvation is by grace alone, apart from the will or effort or cooperation of man (John 6:63, 65, 37; Rom 9:15, 16). However these same individuals will then quickly point out the "many" passages which give the appearance of teaching the free will of man to believe and follow Christ, apart from such grace. For example they appeal to passages in the Bible which say "if you are willing", "if you will hear", "if you will do" and they assume that such appeals to man demonstrates that he has a free will to believe.

Recently one individual with this view pointed out a similar type of passage in Jeremiah 26 where the Lord declares:

"Tell them everything I command you; do not omit a word. 3Perhaps they will listen and each will turn from their evil ways. Then I will relent and not inflict on them the disaster I was planning because of the evil they have done. 4Say to them, 'This is what the Lord says: If you do not listen to me and follow my law, which I have set before you, 5and if you do not listen to the words of my servants the prophets, whom I have sent to you again and again (though you have not listened), 6then I will make this house like Shiloh and this city a curse among all the nations of the earth.'"

The person who quoted the passage said the phrase "perhaps they will listen" is proof positive that man has a free will to repent and believe on their own and that the bible does not present such passages as deception.

Fact is, it is not deception. In addition to the plain words about salvation by grace alone we find in the Gospel of John and the theological epistles, there are many, many times in the historical narratives of the Bible where God DOES reveal what He is doing behind the scenes: That he opens blind eyes and softens hearts to the gospel message. Just because he  doesn't tell you about it every time someone repents does not mean that the Holy Spirit had nothing to do with their conversion in that particular instance. For example...

Read 2 Chronicles 30:10-12 (context is couriers bringing a message of repentance)

"So the couriers went from city to city through the country of Ephraim and Manasseh, and as far as Zebulun, but they laughed them to scorn and mocked them. 11 However, some men of Asher, of Manasseh, and of Zebulun humbled themselves and came to Jerusalem.

[note: if you only read to here you might assume that of their own power they humbled themselves and turned themselves to God, but it goes on to say...]

v12 "THE HAND OF GOD WAS ALSO ON JUDAH TO GIVE THEM ONE HEART TO DO what the king and the princes commanded by the word of the Lord."

[Note: God here gives us a glimpse, in real life, how He works the theological truths we know from the epistles --- he "gave them a heart" to obey the call to repentance. Does this mean that we should therefore conclude as some commonly do, that Asher, of Manasseh, and of Zebulun humbled themselves without God giving them a heart to do so? No, the Text says the "that hand of the Lord WAS ALSO". In fact, I think there is biblical warrant to take this phrase "the hand of the Lord was also" and apply it to every time we read a narrative which calls people to faith or repentance or commands them or gives appeals to them with an option to repent or perish. We should never assume any of these turned to God apart from God opening their heart. Why would we? ]

Otherwise we would have to ASSUME these verses quoted from Jeremiah mean that God the Holy Spirit has no part working prior to a person's conversion. And that is a big assumption. The Scriptures are unified. When God says, "I will have mercy on whom I have mercy" (Rom. 9:15) we shouldn't assume this is only true sometimes, only when the Bible explicitly says so in a historical narrative but not true when it doesn't... no, we should understand that when people come to faith it is true every time that God has made it so. It is the Lord alone who opens ears, eyes and heart to His message (Deut 29:4; 30:6).

In his Bondage of the Will, Martin Luther says the "imperative or hypothetical passages, or wishes, by which is signified, not what we can do, or do do...but what we ought to do, and what is required of us, so that our impotence may be made known to us and the knowledge of sin may be given to us." (pg. 174)

Indeed, those who proclaim the word of God plant and water, but only God causes the growth. (1 Cor 3:7)

But to solidify this in people's hearts, lets go back to the the book of Jeremiah where the quote originated. In chapter 6 at the beginning of the book of Jeremiah God also tells Jeremiah to call people to repentance .... a passage that might appear on the surface to demonstrate the free will of man:

"If you return, O Israel,
declares the Lord,
to me you should return.
If you remove your detestable things from my presence,
and do not waver,
2 and if you swear, 'As the Lord lives,'
in truth, in justice, and in righteousness,
then nations shall bless themselves in him,
and in him shall they glory."

"Break up your fallow ground,
and sow not among thorns.
4 Circumcise yourselves to the Lord;
remove the foreskin of your hearts,
O men of Judah and inhabitants of Jerusalem;
lest my wrath go forth like fire,
and burn with none to quench it,
because of the evil of your deeds."

And again in chapter 7 he declares

But reader need to realize that all such calls to repentance have a bigger context which shines light on their true meaning. Consider that book the quoted from (Jeremiah) was one where God declared to Jeremiah that no onewould listen to his preaching..

In chapter 7:16 God even tells Jeremiah not to pray for them for God had already decided he will not listen:

16 "As for you, do not pray for this people, or lift up a cry or prayer for them, and do not intercede with me, for I will not hear you."

So Jeremiah is sent relutcantly on a mission of preaching repentance to his fellows that he already knows will fail to save them. God decreed it would be so. So all of the passages in Jeremiah must be read in this context and the context of the whole Bible. Yes God tells people IF THEY WILL REPENT God will heal them. But men are stubborn. Unless God gives them a heart to heed the words of a prophet, it will fall on fallow ground and men will not hear. Praise the Lord that He is merciful and many times does grant repentance.

In sum, a sound principle is to always read the Bible in context as a unified whole and many errors can be avoided. By doing so we begin to understand that commands or hypothetical passages such as "do this" or "if you will" declare not our ability but our duty ... and when we do in fact see people repent we can be assured that  "the hand of the Lord was also on them to give them a heart to do what was commanded."  Amen.