Do the Cut off Olive Branches of Romans 11 Definitively Prove that Salvation Can be Lost? 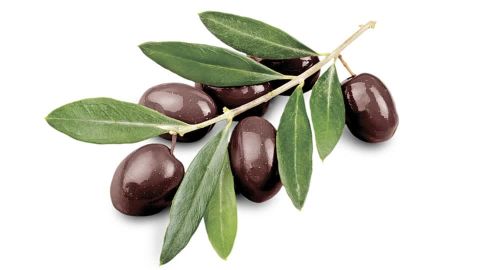 Recently a visitor was telling me that the Romans 11 discussion of "branches being cut off" was definitive proof that a person could lose their salvation. That no amount of exegesis could prove otherwise. But if one looks at the context, the passage itself may, at first glance, even appear to be contradictory. For how could the apostle Paul write of branches being cut off (v.22), and then in the same breath turn around and say that the gifts and the call of God are irrevocable? (v.29) Which is it? Is Paul telling us that a Christian can lose his salvation, or is he saying that regenerate Christians are guaranteed an eternal inheritance? Or something else altogether?

Take a closer look at Romans 11. It speaks of Israel, who was hardened in part, and was a branch that was "cut-off" because of widespread unbelief (vs. 20). Paul then admonishes the Gentiles to "continue in his kindness. Otherwise {they] too will be cut off."(v. 22)

If we understand the olive tree metaphor we will gain a more complete understanding of the Text. This may be something worth studying more deeply but for purposes of brevity I will simply say the following: Romans 11 has broadened the the discussion of individual salvation which we saw in Romans 9 to one speaking of corporate people groups joined in covenantal relationship to Christ  -  a large scale, big-picture perspective of the era(s) of God's sovereign election and timing of His favor to Jews or Gentiles: when He sovereignly chooses to impart faith and redemption to one or the other of these corporate entities. And just as the Bible says, not the children of Abraham by physical descent are God's children, but only the children of the promise are so regarded  .. so also not all persons who are in the visible church are "Christ's offspring" but only the children of promise. But Paul warns if the Gentiles begin waning in faith en masse, God can cut them off and graft the Israelites back in. This isn't talking about an individual losing salvation and then coming to faith again after a long period of unbelief (as would be the case of corporate Israel in this passage).  No, it is discussing a the big picture of God's plans for the salvation of people groups, specifically Jews and Gentiles. That God hardened the Jews in part for a time (except for the elect among them) (see Rom 11:7-11) and God did this so the Gentiles could benefit for a time ... and then after the full number of the Gentiles come in God declares that He can corporately bring in the Jews again.

Most importantly here, in the context of this passage, the Apostle Paul is directing his comments to a body of Gentiles, stressing the fact that God’s timing of the election of Jews or Gentiles is His own decision and a matter of His own sovereign authority. Also that God can move His election to or from Jews or Gentile at a time of His choosing. Giving them fair warning that faithfulness would be the way to go. This is not speaking of particular individuals as if God were saying He intends on plucking salvation away from you or your neighbor, but rather towards (or away from) Jews or Gentiles as people groups.

In the Western world we often have an tendency to over personalize this Text as well as others. But the Text here is clearly speaking of corporate favor (or disfavor) in the plan of God.

To summarize and personalize: God has authority to remove the candlestick (Rev 2:5), from nations, tribes and peoples in a time of His sovereign choosing. Professing Christians who are Gentiles are CORPORATELY in outward covenant with Christ so, I believe, Romans 11 is speaking more about the question of collective ecclesiology, not individual soteriology. This passage is a warning to a collectice body, the visible church, which is corporately joined to Christ in a covenant relationship but this does not mean that every INDIVIDUAL in it is in saving union with Christ. "Union with Christ” applies to the elect, and only to the elect. To them, "...the gifts and the call of God are irrevocable." But since non-elect covenant members can apostatize, Christ clearly appears to have non-elect branches (John 15:2-12; 15:6) and while they are joined outwardly in covenant with Christ, since they have professed faith in Jesus and have received the covenant sign of baptism, but the faith of some is spurious because they were never truly in saving union with Christ (1 John 2:19). So the question the Bible appears to ask really isn't whether a believer can lose his salvation or not. Rather its whether a person has salvation in the first place.

There are many professing Christians who simply do not believe some element(s) of the Gospel. It is possible they are still partly trusting in their own righteousness, or they do not really believe in the physical resurrection, or perhaps reject the idea that Jesus is the eternal second Person of the Trinity, or do not affirm that Jesus is a sinless substitution and therefore the only acceptable sacrifice for our sins. Maybe they like the idea of an all-loving Jesus, but find His other Perfections troubling.