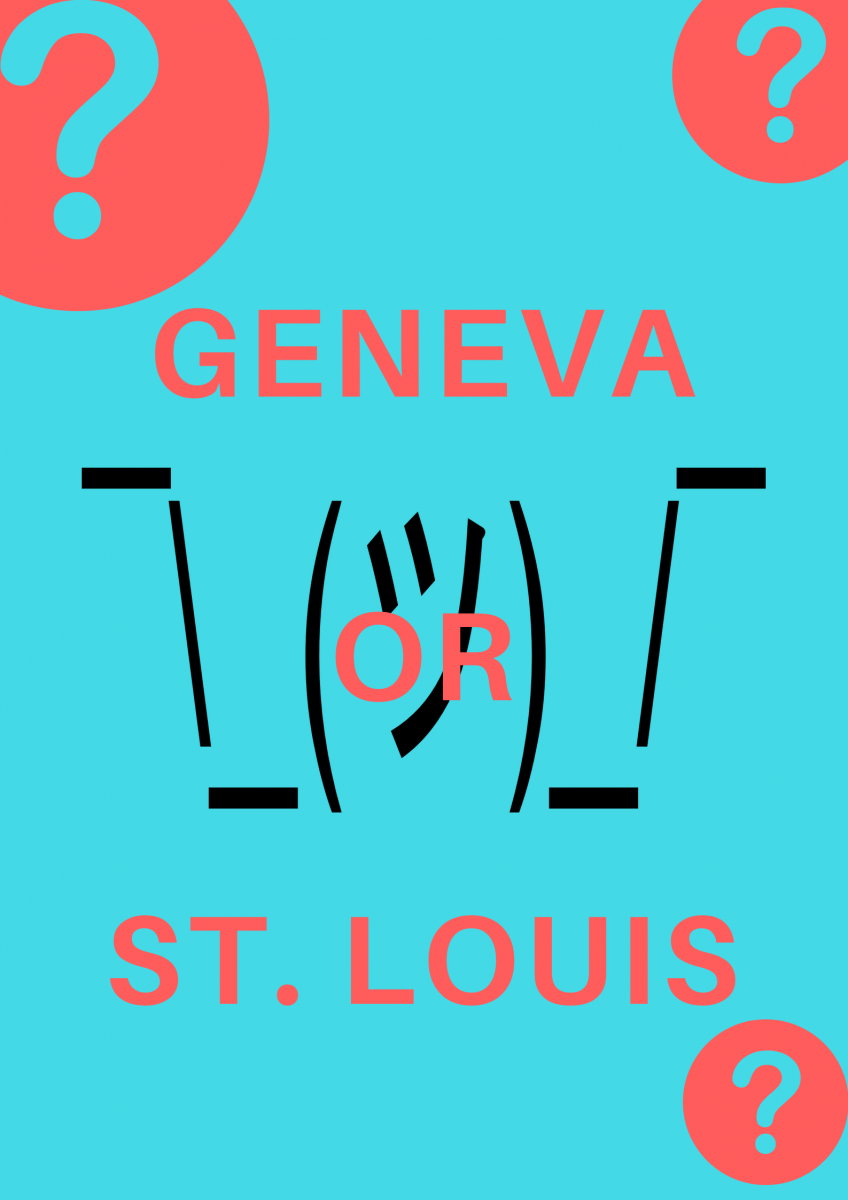 The Presbyterian Church in America (PCA) is currently embroiled in a controversy over the doctrines presented by Revoice. This is Part 2 ( Part 1 is here ) of a multi-part series responding to the Frequently Asked Questions (FAQ) of Revoice . I wrote my dissertation at Southern Baptist Theological Seminary arguing that Revoice theology is neither biblical nor Reformed . I hope this series of articles helps readers understand Revoice theology and provides a way forward for the PCA and Revoice. Please share these articles with your elders, deacons, teachers, and churches.

Revoice’s mission is “to support and encourage gay, lesbian, bisexual, and other same-sex attracted Christians—as well as those who love them—so that all in the Church might be empowered to live in gospel unity while observing the historic Christian doctrine of marriage and sexuality.” [1] The latter part of this statement about gospel unity, like their FAQ, sounds like something faithful Christians can affirm; however, if we look closer at the language they use and compare it with the writings of their leaders, we will see that their theology is neither biblical nor Reformed.

"How does God bring about change and sanctification in the lives of Christians attracted to their own sex?

For much of recent evangelical history, Christians’ perception of God’s transforming and sanctifying work in those attracted to their own sex has focused on orientation change, that is, how God is or is not turning them from experiencing sexual attraction toward the same sex to experiencing sexual desire for the opposite sex. This was often the church’s public perception of the work of ex-gay ministries like Exodus International, for example. We believe God can do anything that he pleases, yet we also believe that it is important to recognize how God typically works. While it seems clear that some people experience a degree of spontaneous fluidity in their orientation, none of the methods of pursuing a change in orientation which we know of, whether psychological or spiritual, have proven effective. Thus, while there is nothing wrong with desiring or praying for such a transformation, we instead want to highlight the sorts of change and sanctification which do seem to be part of how God regularly works in the lives of gay/same-sex-attracted believers who surrender their sexuality to Him. We believe it is better and wiser for gay/same-sex attracted Christians—and for the churches that support them—to focus on these kinds of change, rather than fixing hope on possible, but relatively unlikely changes in a way that tends to produce discouragement and despair [All emphasis is mine].

First, in the underlined section, they claim it is rare for sexual fluidity among those attracted to the same-sex; however, this is not true. The norm is sexual fluidity according to Psychological studies. For example, Lisa Diamond, Professor of Developmental Psychology, Health Psychology, and Gender Studies at the University of Utah, in a presentation at Cornell University argued that of 13,000 same-sex attracted people surveyed in the “National Survey of Family Growth” (2002), only 21% of homosexual men and 5% of homosexual women were exclusively attracted to the same-sex. [2] The rest were sexually-fluid to varying degrees, meaning that 79% of homosexual men and 95% of homosexual women were not exclusively attracted to the same-sex. The National Survey asked the same questions in 2008 and found almost identical results. Diamond also found very similar results in many other studies as well, spanning over 18 years:

Diamond notes, “I’ve plotted these graphs for almost all of these studies. They all look the same. In every single one of them, the mostly heterosexual category is the single largest group of same-sex attracted individuals.” [4] Revoice is not accurately representing the data; however, this is what happens when people define “how God typically works” (Revoice’s words) arbitrarily by taking a vote.

Furthermore, why are we even looking at the personal experience of anyone when defining sin and holiness? “Taking a vote” does not define sin or holiness. To prove it, let’s take a vote right now. Reader, what is your personal experience with sin? Can you ever remember a time when you did not desire sin? Of course not. Does this reality absolve you of responsibility before God to be holy as He is holy? No. Should we try to turn our sin into holiness? Of course not. We should repent of all sin continually and pursue being holy as God is holy as we trust in Christ alone to save and sanctify us. We are dead in our sins from conception. The original sin in us that was inherited from Adam, desires of the flesh, cannot become a desire of the Spirit (James 1:13-15). We need God to regenerate and save us and to produce in us desires of the Spirit. We do not define sin or holiness based on the experience of individuals, a theology from below, but based on the inerrant infallible word of God, a theology from above. Again, Revoice is not presenting a Reformed view of sin. Sin is not defined based on one's capability, but that's exactly how Revoice defines it. Sin and holiness are defined by God alone in His inerrant and infallible Bible. The same is true of repentance.

Repentance is not defined based on our capability. We repent from everything sinful—thought, desire, inclination, actions, etc.—because they are contrary to God, not because our repentance “works” in that we cease to battle these indwelling fleshly desires in this life. “What works” is irrelevant because sin and holiness are not defined by polling homosexuals. God’s word is what matters because it has authority over our personal experience. And God demands that we be holy as He is holy (Lev 19:2; 1 Pet. 1:13-21; 1 Thess. 4:1-8). Anything less than God’s design is sin; anything less than the image of Christ is sin.

True sanctification and change require repentance from actual sin, where that has been engaged in, whether in sexual acts, inappropriate relationships, or willfully entertained lust or fantasy. We believe that God calls His children to turn from all such sin and that He will give them the power to do so. We exhort gay/same-sex attracted Christians to take all sin seriously and get the support and accountability they need to resist and overcome. We hope to help in this endeavor, whether through teaching and workshops at our events, through recommended resources, or through helping connect individuals with churches or ministries in their local area that can provide needed care and discipleship. Scripture is clear about the spiritual dangers of being complacent towards sin, or presumptively resting upon the grace of God to cover it, “sinning that grace may abound” [All emphasis is mine].

First, they only call people to repent from "actual sin," that is "mindfully willful or chosen sin." Contrary to the Bible and the Westminster Standards, they ground sin and guilt entirely in one’s will, which is Pelagian. However, read what The Westminster Confession of Faith (WCF) says in Chapter 6 (26-29),

1. Our first parents, being seduced by the subtilty and temptation of Satan, sinned, in eating the forbidden fruit. This their sin, God was pleased, according to his wise and holy counsel, to permit, having purposed to order it to his own glory.

2. By this sin they fell from their original righteousness and communion with God, and so became dead in sin, and wholly defiled in all the parts and faculties of soul and body.

3. They being the root of all mankind, the guilt of this sin was imputed; and the same death in sin, and corrupted nature, conveyed to all their posterity descending from them by ordinary generation.

4. From this original corruption, whereby we are utterly indisposed, disabled, and made opposite to all good, and wholly inclined to all evil, do proceed all actual transgressions.

5. This corruption of nature, during this life, doth remain in those that are regenerated; and although it be, through Christ, pardoned, and mortified; yet both itself, and all the motions thereof, are truly and properly sin.

6. Every sin, both original and actual, being a transgression of the righteous law of God, and contrary thereunto, doth, in its own nature, bring guilt upon the sinner, whereby he is bound over to the wrath of God, and curse of the law, and so made subject to death, with all miseries spiritual, temporal, and eternal [All emphasis is mine].

1. Repentance unto life is an evangelical grace, the doctrine whereof is to be preached by every minister of the gospel, as well as that of faith in Christ.

2. By it, a sinner, out of the sight and sense not only of the danger, but also of the filthiness and odiousness of his sins, as contrary to the holy nature, and righteous law of God; and upon the apprehension of his mercy in Christ to such as are penitent, so grieves for, and hates his sins, as to turn from them all unto God, purposing and endeavoring to walk with him in all the ways of his commandments.

3. Although repentance be not to be rested in, as any satisfaction for sin, or any cause of the pardon thereof, which is the act of God’s free grace in Christ; yet it is of such necessity to all sinners, that none may expect pardon without it .

5. Men ought not to content themselves with a general repentance, but it is every man’s duty to endeavor to repent of his particular sins, particularly.

6. As every man is bound to make private confession of his sins to God, praying for the pardon thereof; upon which, and the forsaking of them, he shall find mercy ; so, he that scandalizeth his brother, or the church of Christ, ought to be willing, by a private or public confession, and sorrow for his sin, to declare his repentance to those that are offended, who are thereupon to be reconciled to him, and in love to receive him [All emphasis is mine].

When it comes to sinfulness in our hearts, we trust that God is sanctifying us and cleansing us from all sin and unrighteousness by the work of His Holy Spirit in our lives. We look forward to being completely freed from all sinful desire when we are fully redeemed, and we work towards this freedom in this life we now live in the flesh, putting to death whatever in us draws us away from God’s will and design, yet recognizing that it is common for God’s people to be frustrated and dismayed by the persistence of sin in their hearts. We recognize the need for each of us to faithfully turn away from those desires which are contrary to God’s design and to welcome the continual renewing of our hearts by the power of the Holy Spirit [All emphasis is mine].

First, they double-speak by arguing that Christians must turn away from the sinful desires in their hearts. Yet, they do not see same-sex attraction as an inherently sinful desire that brings guilt upon the sinner, only same-sex sexual attraction does; otherwise, they would be telling their hearers to turn from same-sex attraction. Instead, earlier in this same answer, they argued that Christians are only responsible to repent from “actual sin.” They encourage those who battle same-sex attraction by saying it is okay to refer to themselves as "gay Christians." It is okay to be attracted to the same sex so long as you don’t “actually sin” according to Revoice. But neither the Bible nor the WCF agrees.

Furthermore, while most of us have not perceived a change in our orientation (i.e. a change in the direction of our sexual desires), many of us have experienced various kinds of change in how we experience those desires and the role they play in our life and thought processes , and we rejoice in these both as signs of how God has been working in our hearts, and as signs of God’s promise of the complete transformation and sanctification that is our inheritance.