Apologetics for Hipsters & Other Secularists
The Plan of God
A Summary of Henry Scougal's 'The Life of God in the Soul of Man'
Test Your View of the Cross
This is the God Whom we Adore!
Directions for Profitable Scripture Reading
Heaven Taken by Storm (eBook)
The Lord is My Portion
Providence
The 90-Foot Tidal Wave

The following numbered items are common assumptions made by synergists (Arminians, Roman Catholics and semi-Pelagians) in rejecting the bondage of the will and God's sovereign grace in salvation. 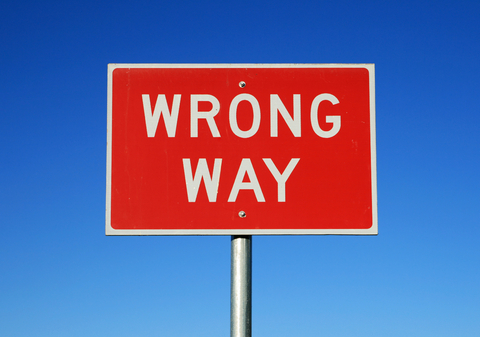 Fallacy #1. God would not command us to do what we cannot do.

God gave the Law to Moses, The Ten Commandments, to reveal what man cannot do, not what he can do.

A. Premise #1 is unscriptural. God gave the Law for two reasons: To expose sin and to increase it so man would have no excuse for declaring his own righteousness. Why? Because in the context, he does NO righteousness. As Martin Luther said to Erasmus, when you are finished with all your commands and exhortations from the Old Testament, I’ll write Ro.3:20 over the top of it all. ["Now we know that whatever the law says it speaks to those who are under the law, so that every mouth may be stopped, and the whole world may be held accountable to God. For by works of the law no human being will be justified in his sight, since through the law comes knowledge of sin." Rom 3:19, 20] Why use commands and exhortations from the Old Testament to show free will when they were actually given to prove man’s sinfulness? The law came so that the trespass might increase (Rom 5:20).It exists to reveal what we cannot do rather than what we can do; our spiritual impotence, not our moral ability. Yes, God gave commands to man which man cannot do. Therefore commandments and exhortations do not prove free will. Nowhere in scripture is there any hint that God gives commands to unregenerate men to prove they are able to perform them. It no more unfair for God to call men to do something they cannot do than it is for a bank to call people to repay their debts (even if they don't have the money to do so).

B. This premise is irrational. There may be many reasons for commanding someone to do something, other than the assumption that the can do it. The purpose, as above, may be to show the person his inability to perform the command. Thus, NOTHING can be deduced about abilities from a mere command. As Luther said, passages which state things such as "If thou art willing" and "whosoever believes” are spoken in the subjunctive (hypothetical) mood. A grammarian would explain that this is a conditional statement that asserts nothing indicatively. In such passages, what we "ought" to do does not necessarily imply what we "can" do.

Fallacy #2. Unless our will is free, then we are not responsible.

Or, "If not free, then not responsible." This means if we are unable to make a contrary choice, then our wills are not free. Thus, if we are completely bound in sin so that we can do nothing else but sin, then we are free from responsibility for those sins. The assumption behind this is the idea of moral neutrality.

A. The Bible does not present the concept of freedom in this way. According to Scripture, freedom is described as holiness. The ultimate freedom is absolute holiness. If that is true, then God is the most free being in the universe. Otherwise, we must say that God is the most enslaved being in the universe because He is the one least neutral on moral issues. Plus, God is not free in the libertarian sense to do something contrary His own nature. For example God cannot lie or be unholy or He would violate his own essence and thus no longer be God (an impossible supposition). but He is free in the Biblical sense...free from sin and the bondage of corruption ... as will be the saints in heaven when glorified on the last day. That they cannot choose otherwise [to sin] when glorified does not hinder their freedom, according to the Bible, these persons are the MOST free.

C. The entire idea of neutrality of will is absurd. If the decisions of the will are not determined by the internal nature of the person, then in what sense can it be said that those decisions are the results of a decision of the person himself? How in fact could be a decision be truly a moral one if it is morally neutral? How can morality be morality at all and be neutral?

D. It is directly ontrary to the gospel. It is for this very reason that Christ came - to liberate captives, those in bondage who are unable to help themselves.

Fallacy #3. For love to be real, it must have the possibility of being rejected.

God wants us to love him freely, not by compulsion. Therefore, fallen man must have the ability to love God. It is simply that he chooses to love other things.

A. Scripture teaches that love for God is a product of His grace. 1Ti.1:14. If grace is necessary to make us love God, then it follows that we had no ability to love him before the arrival of grace. It also means that grace is not given because we chose to love God. We chose to love God because grace is given. Grace, not a virtue in man, takes the initiative.

B. This premise is similar to the one that says, "Contrary choice is necessary for freedom to exist." Does God periodically give the saints in heaven an opportunity to hate him so as to be ‘fair’? Did Jesus have some ability to hate the Father? Or was His love for the Father a reflection of what He himself really is?

D. This fallacy can easily be demonstrated to be wrong in every day life.  If a parent sees their disobedient child doing something that is imminently life threatening, is it 1) more loving to first test the child's love to see if he will obey the parent (meet their condition) or 2) more loving if the parent, in spite of the disobedience of their child, to run over to save their life because they know better than the child what is good for them? Obviously the later which demonstrates beyond question that love can be real even if it cannot be rejected. What kind of parent makes his child meet conditions if his life is in danger? Thank God for his mercy, Christ meets the conditions for us.

Fallacy #4. A person cannot be punished for what he cannot help doing.

If that is the case, then a Christian may not be rewarded for what his new nature compels him to do. Let us not forget that the nature of a person is not a thing he possesses. It is something he is.

Given this logic, if a person borrowed and then subsequently squandered millions of dollars from a bank, he should not be held accountable for being unable to repay.  Makes no sense.

Coming Events and Present Duties (eBook)
J C Ryle
The Heart of Family Reformation
Jim Elliff
How Inclusive Should the Local Church Be?
Jim Elliff
Why Churches Lose Members
Jim Elliff
The Primal Heresy
Greg Koukl
The Counsel and Care of the Elderly
Nicholas T Batzig
10 Things You Should Know about R. C. Sproul
Stephen J Nichols
Meaning and Morality Without God: Atheists Know Better Than They Think
John Stonestreet
“The Profession of Truth”: The Purpose of Creeds in the 1677 Baptist Confession
Geoff Chang
Is God Selfish to be Jealous for His Own Glory?
Erik Thoennes
Since When Did the Trinity Go Social?
Craig Carter, Matthew Barrett
Can We Trust the God of Our Fathers?
James Eglinton, Matthew Barrett
Trinity Drift and Evangelicalism
Thomas Kidd, Matthew Barrett
The Hitchhiker’s Guide to the Trinity
Fred Sanders, Matthew Barrett
The Chalcedonian Definition
Curated Resources
Critical Race Theory Is A Classic Communist Divide-And-Conquer Tactic
Stella Morabito
"NUTS!" Why Christians Must Fight On Against the Devil’s Calls to Surrender — Revelation 22:12-21
Campbell Markham
The Equality Act: What to Know and What to Do
John Stonestreet
What are the signs, or marks, of the true church?
Dr Sinclair B Ferguson
Five Theologians You Should Know
Michael P Jensen
A New Pastoral Problem
Carl Trueman
Let the Children Worship 10 Reasons to Include Children in Corporate Worship
Jason Helopoulos
Identity Politics and the Spirit of the Age: A Conversation with Political Theorist Joshua Mitchell
Albert Mohler
Set Your Mind on Things Above: How to Live Heavenly Minded
Scott Hubbard
Liberalism, Evangelicalism & Historic Christianity
Dr Michael S Horton, Jim Gilmore
Does Islam Teach that Jesus Was Crucified?
James Anderson
The Book of Job: A Lecture
Ernst Wilhelm Hengstenberg
Apologetics for Hipsters & Other Secularists
Thoughts on Immortality (eBook)
J C Ryle
Gospel Presentation: 8 minute presentation of the Gospel
John Samson
Pray Because God Is Sovereign
Marshall Segal
Laboring a Few Days for Christ: How Great Loves Make Burdens Light
Greg Morse
The Book Amazon Does Not Want You to Read
Justin Taylor
Why We Preach the Law
Blake Long
Critical theory … for kids?
Janie B. Cheaney
Warning Signs About That State Of Evangelical Pop Culture: The Visible, Institutional Church Matters
R Scott Clark
What Does 2 Timothy 1:7 Mean?
Brian Tabb
Help! I Don’t Like the Music at My Church
Matt Merker
The End of Frivolous Religion?
Dr. John MacArthur
The Pastor in Prayer (eBook)
C H Spurgeon
Pride: The Deadliest Sin
Glenn S. Sunshine
Fear or Faith?
Glenn S. Sunshine
The Incarnation: The Athanasian Creed
William Boekestein
Fearing the God Who Rescues?
Adam Parker
Closing the Facebook
Adam Parker
When Dead Men Speak...
Adam Parker
Learning from the Early Church
Adam Parker
Brothers, Ordain Your Deacons
Adam Parker
Acts: The World’s Salvation Cannot be Stopped
Peter Krol
11 Myths About H.R. 5, the Equality Act of 2021
Curated Resources