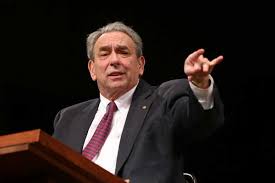 This classic issue between Augustinian theology and all forms of semi-Pelagianism focuses on one aspect of the order of salvation (ordo salutis): What is the relationship between regeneration and faith? Is regeneration a monergistic or synergistic work? Must a person first exercise faith in order to be born again? Or must rebirth occur before a person is able to exercise faith? Another way to state the question is this: Is the grace of regeneration operative or cooperative?

Monergistic regeneration means regeneration is accomplished by a single actor, God. It means literally a “one working.” Synergism, on the other hand, refers to a work that involves the actions of two or more parties. It is a co-working. All forms of semi-Pelagianism assert some form of synergism in the work of regeneration. Usually God’s assisting grace is seen as a necessary ingredient, but it is usually dependent on human cooperation for its efficacy.

The Reformers taught not only that regeneration does precede faith but also that it must precede faith. Because of the moral bondage of the unregenerate sinner, he cannot have faith until he is changed internally by the operative, monergistic work of the Holy Spirit. Faith is regeneration’s fruit, not its cause.

According to semi-Pelagianism regeneration is wrought by God but only in those who have first responded in faith to him. Faith is seen not as the fruit of regeneration, but as an act of the will cooperating with God’s offer of grace.

Evangelicals are so called because of their commitment to the biblical and historical doctrine of justification by faith alone. Because the Reformers saw sola fide as central and essential to the biblical gospel, the term evangelical was applied to them. Modern evangelicals in great numbers embrace the sola fide of the Reformation, but have jettisoned the sola gratia that undergirded it …

I agree with Packer and Johnston that Arminianism contains un-Christian elements in it and that their view of the relationship between faith and regeneration is fundamentally un-Christian. Is this error so egregious that it is fatal to salvation? People often ask if I believe Arminians are Christians. I usually answer, “Yes, barely.” They are Christians by what we call a felicitous inconsistency.

What is this inconsistency? Arminians affirm the doctrine of regeneration by faith alone. They agree that we have no meritorious work that counts towards our justification, that our justification rests solely on the righteousness and merits of Christ, that sola fide means justification is by Christ alone, and that we must trust not in our own works, but in Christ’s work for our salvation. In all this they differ from Rome on crucial points.

Packer and Johnston note that later Reformed theology, however, condemned Arminianism as a betrayal of the Reformation and in principle as a return to Rome. They point out that Arminianism “in effect turned faith into a meritorious work.”

We notice that this charge is qualified by the words “in effect.” Usually Arminians deny that their faith is a meritorious work. If they were to insist that faith is a meritorious work, they would explicitly be denying justification by faith alone. The Arminian acknowledges that faith is something a person does. It is a work, though not a meritorious one. Is it a good work? Certainly it is not a bad work. It is good for a person to trust in Christ and Christ alone for his or her salvation. Since God commands us to trust in Christ, when we do so we are obeying this command.

But all Christians agree that faith is something we do. God does not do the believing for us. We also agree that our justification is by faith insofar as faith is the instrumental cause of our salvation. All the Arminian wants and intends to assert is that man has the ability to exert the instrumental cause of faith without first being regenerated. This position clearly negates sola gratia, but not necessarily sola fide.

Then why say that Arminianism “in effect” makes faith a meritorious work? Because the good response people make to the gospel becomes the ultimate determining factor in salvation. I often ask my Arminian friends why they are Christians and other people are not. They say it is because they believe in Christ while others do not. Then I inquire why they believe and others do not. “Is it because you are more righteous than the person who abides in unbelief?” They are quick to say no. “Is it because you are more intelligent?” Again the answer is negative. They say that God is gracious enough to offer salvation to all who believe and that one cannot be saved without that grace.

But this grace is cooperative grace. Man in his fallen state must reach out and grasp this grace by an act of the will, which is free to accept or reject this grace. Some exercise the will rightly (or righteously), while others do not. When pressed on this point, the Arminian finds it difficult to escape the conclusion that ultimately his salvation rests on some righteous act of the will he has performed. He has “in effect” merited the merit of Christ, which differs only slightly from the view of Rome.