Blessed Are They Whose Iniquity is Forgiven

This selection was extracted from Calvin's Commentary on the Psalms, translated into english by Henry Beveridge (Calvin Translation Society, Edinburgh, 1854).

Blessed are they whose iniquity is forgiven, and whose transgression is covered. Blessed is the man to whom Jehovah imputeth no sin, and in whose spirit there is no guile. (Ps 32:1-2). 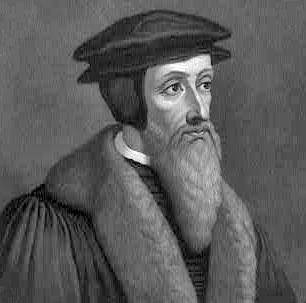 1. Blessed are they whose iniquity is forgiven. This exclamation springs from the fervent affection of the Psalmist's heart as well as from serious consideration. Since almost the whole world turning away their thoughts from God's judgment, bring upon themselves a fatal forgetfulness, and intoxicate themselves with deceitful pleasures; David, as if he had been stricken with the fear of God's wrath, that he might betake himself to Divine mercy, awakens others also to the same exercise, by declaring distinctly and loudly that those only are blessed to whom God is reconciled, so as to acknowledge those for his children whom he might justly treat as his enemies. Some are so blinded with hypocrisy and pride, and some with such gross contempt of God, that they are not at all anxious in seeking forgiveness, but all acknowledge that they need forgiveness; nor is there a man in existence whose conscience does not accuse him at God's judgment-seat, and gall him with many stings. This confession, accordingly, that all need forgiveness, because no man is perfect, and that then only is it well with us when God pardons our sins, nature herself extorts even from wicked men. But in the meantime, hypocrisy shuts the eyes of multitudes, while others are so deluded by a perverse carnal security, that they are touched either with no feelings of Divine wrath, or with only a frigid feeling of it.

From this proceeds a twofold error: first, that such men make light of their sins, and reflect not on the hundredth part of their danger from God's indignation; and, secondly, that they invent frivolous expiations to free themselves from guilt and to purchase the favor of God. Thus in all ages it has been everywhere a prevailing opinion, that although all men are infected with sin, they are at the same time adorned with merits which are calculated to procure for them the favor of God, and that although they provoke his wrath by their crimes, they have expiations and satisfactions in readiness to obtain their absolution. This delusion of Satan is equally common among Papists, Turks, Jews, and other nations. Every man, therefore, who is not carried away by the furious madness of Popery, will admit the truth of this statement, that men are in a wretched state unless God deal mercifully with them by not laying their sins to their charge. But David goes farther, declaring that the whole life of man is subjected to God's wrath and curse, except in so far as he vouchsafes of his own free grace to receive them into his favor; of which the Spirit who spake by David is an assured interpreter and witness to us by the mouth of Paul, (Rom 4:6.) Had Paul not used this testimony, never would his readers have penetrated the real meaning of the prophet; for we see that the Papists, although they chant in their temples, "Blessed are they whose iniquities are forgiven," etc., yet pass over it as if it were some common saying and of little importance. But with Paul, this is the full definition of the righteousness of faith; as if the prophet had said, Men are then only blessed when they are freely reconciled to God, and counted as righteous by him. The blessedness, accordingly, that David celebrates utterly destroys the righteousness of works. The device of a partial righteousness with which Papists and others delude themselves is mere folly; and even among those who are destitute of the light of heavenly doctrine, no one will be found so mad as to arrogate a perfect righteousness to himself, as appears from the expiations, washings, and other means of appeasing God, which have always been in use among all nations. But yet they do not hesitate to obtrude their virtues upon God, just as if by them they had acquired of themselves a great part of their blessedness.

David, however, prescribes a very different order, namely, that in seeking happiness, all should begin with the principle, that God cannot be reconciled to those who are worthy of eternal destruction in any other way than by freely pardoning them, and bestowing upon them his favor. And justly does he declare that if mercy is withheld from them, all men must be utterly wretched and accursed; for if all men are naturally prone only to evil, until they are regenerated, their whole previous life, it is obvious, must be hateful and loathsome in the sight of God. Besides, as even after regeneration, no work which men perform can please God unless he pardons the sin which mingles with it, they must be excluded from the hope of salvation. Certainly nothing will remain for them but cause for the greatest terror. That the works of the saints are unworthy of reward because they are spotted with stains, seems a hard saying to the Papists. But, in this they betray their gross ignorance in estimating, according to their own conceptions, the judgment of God, in whose eyes the very brightness of the stars is but darkness. Let this therefore remain an established doctrine, that as we are only accounted righteous before God by the free remission of sins, this is the gate of eternal salvation; and, accordingly, that they only are blessed who rely upon God's mercy. We must bear in mind the contrast which I have already mentioned between believers who, embracing the remission of sins, rely upon the grace of God alone, and all others who neglect to betake themselves to the sanctuary of Divine grace.

Moreover, when David thrice repeats the same thing, this is no vain repetition. It is indeed sufficiently evident of itself that the man must be blessed whose iniquity is forgiven; but experience teaches us how difficult it is to become persuaded of this in such a manner as to have it thoroughly fixed in our hearts. The great majority, as I have already shown you, entangled by devices of their own, put away from them, as far as they can, the terrors of conscience and all fear of Divine wrath. They have, no doubt, a desire to be reconciled to God; and yet they shun the sight of him, rather than seek his grace sincerely and with all their hearts. Those, on the other hand, whom God has truly awakened so as to be affected with a lively sense of their misery, are so constantly agitated and disquieted that it is difficult to restore peace to their minds. They taste indeed God's mercy, and endeavor to lay hold of it, and yet they are frequently abashed or made to stagger under the manifold assaults which are made upon them. The two reasons for which the Psalmist insists so much on the subject of the forgiveness of sins are these, - that he may, on the one hand, raise up those who are fallen asleep, inspire the careless with thoughtfulness, and quicken the dull; and that he may, on the other hand, tranquillise fearful and anxious minds with an assured and steady confidence. To the former, the doctrine may be applied in this manner: "What mean ye, O ye unhappy men! that one or two stings of conscience do not disturb you? Suppose that a certain limited knowledge of your sins is not sufficient to strike you with terror, yet how preposterous is it to continue securely asleep, while you are overwhelmed with an immense load of sins?" And this repetition furnishes not a little comfort and confirmation to the feeble and fearful. As doubts are often coming upon them, one after another, it is not sufficient that they are victorious in one conflict only. That despair, therefore, may not overwhelm them amidst the various perplexing thoughts with which they are agitated, the Holy Spirit confirms and ratifies the remission of sins with many declarations.

It is now proper to weigh the particular force of the expressions here employed. Certainly the remission which is here treated of does not agree with satisfactions. God, in lifting off or taking away sins, and likewise in covering and not imputing them, freely pardons them. On this account the Papists, by thrusting in their satisfactions and works of supererogation as they call them, bereave themselves of this blessedness. Besides, David applies these words to complete forgiveness. The distinction, therefore, which the Papists here make between the remission of the punishment and of the fault, by which they make only half a pardon, is not at all to the purpose. Now, it is necessary to consider to whom this happiness belongs, which may be easily gathered from the circumstance of the time. When David was taught that he was blessed through the mercy of God alone, he was not an alien from the church of God; on the contrary, he had profited above many in the fear and service of God, and in holiness of life, and had exercised himself in all the duties of godliness. And even after making these advances in religion, God so exercised him, that he placed the alpha and omega of his salvation in his gratuitous reconciliation to God. Nor is it without reason that Zacharias, in his song, represents "the knowledge of salvation" as consisting in knowing "the remission of sins," (Luke 1:77.) The more eminently that any one excels in holiness, the farther he feels himself from perfect righteousness, and the more clearly he perceives that he can trust in nothing but the mercy of God alone. Hence it appears, that those are grossly mistaken who conceive that the pardon of sin is necessary only to the beginning of righteousness. As believers are every day involved in many faults, it will profit them nothing that they have once entered the way of righteousness, unless the same grace which brought them into it accompany them to the last step of their life. Does any one object, that they are elsewhere said to be blessed "who fear the Lord," "who walk in his ways," "who are upright in heart," etc., the answer is easy, namely, that as the perfect fear of the Lord, the perfect observance of his law, and perfect uprightness of heart, are nowhere to be found, all that the Scripture anywhere says, concerning blessedness, is founded upon the free favor of God, by which he reconciles us to himself.