The Authority of Scripture

‘Stand therefore having your loins girt about with truth’ Ephesians 6.14 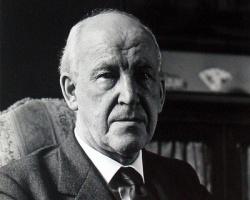 There can be no doubt whatsoever that all the troubles in the Church to-day, and most of the troubles in the world, are due to a departure from the authority of the Bible. And, alas, it was the Church herself that led in the so-called Higher Criticism that came from Germany just over a hundred years ago. Human philosophy took the place of revelation, man’s opinions were exalted and Church leaders talked about ‘the advance of knowledge and science’, and ‘the assured results’ of such knowledge. The Bible then became a book just like any other book, out-of-date in certain respects, wrong in other respects, and so on. It was no longer a book on which you could rely implicitly.

There is no question at all that the falling away, even in Church attendance, in this country is the direct consequence of the Higher Criticism. The man in the street says, ‘What do these Christians know? It is only their opinion, they are just perpetrating something that the real thinkers and scientists have long since seen through and have stopped considering’. Such is the attitude of the man in the street! He does not listen any longer, he has lost all interest. The whole situation is one of drift; and very largely, I say, it is the direct and immediate outcome of the doubt that has been cast by the Church herself upon her only real authority. Men’s opinions have taken the place of God’s truth, and the people in their need are turning to the cults, and are listening to any false authority that offers itself to them.

We all therefore have to face this ultimate and final question: Do we accept the Bible as the Word of God, as the sole authority in all matters of faith and practice, or do we not? Is the whole of my thinking governed by Scripture, or do I come with my reason and pick and choose out of Scripture and sit in judgment upon it, putting myself and modern knowledge forward as the ultimate standard and authority? The issue is crystal clear. Do I accept Scripture as a revelation from God, or do I trust to speculation, human knowledge, human learning, human understanding and human reasons Or, putting it still more simply, Do I pin my faith to, and subject all my thinking to, what I read in the Bible? Or do I defer to modern knowledge, to modern learning, to what people think today, to what we know at this present time which was not known in the past? It is inevitable that we occupy one or the other of those two positions.

The Protestant position, as was the position of the early Church in the first centuries, is that the Bible is the Word of God. Not that it ‘contains’ it, but that it is the Word of God, uniquely inspired and inerrant. The Protestant Reformers believed not only that the Bible contained the revelation of God’s truth to men, but that God safeguarded the truth by controlling the men who wrote it by the Holy Spirit, and that He kept them from error and from blemishes and from anything that was wrong. That is the traditional Protestant position, and the moment we abandon it we have already started on the road that leads back to one of the false authorities, and probably ultimately to Rome itself. In the last analysis it is the only alternative.

People will have authority; and they are right in so thinking. They need authority because they are bewildered; and if they do not find it in the right way they will take it in the wrong way. They can be persuaded even though they do not know the source of the authority; in their utter bewilderment they are ready to be persuaded by any authoritative statement. So that it comes to this, that we are back exactly where Christians were 400 years ago. The world talks about its advance in knowledge, its science, and so on, but actually we are going round in cycles, and we are back exactly where Christians were 400 years ago. We are having to fight once more the whole battle of the Protestant Reformation. It is either this Book, or else it is ultimately the authority of the Church of Rome and her ‘tradition’! That was the great issue at the Protestant Reformation. It was because of what they found in the Bible that those men stood up against, and queried and questioned and finally condemned the Church of Rome. It was that alone that enabled Luther to stand, just one man, defying all those twelve centuries of tradition. ‘I can do no other’ he says, because of what he had found in the Bible. He could see that Rome was wrong. It did not matter that he was alone, and that all the big battalions were against him. He had the authority of the Word of God, and he judged the Church and her tradition and all else by this external authority.

We are back again in that exact position, and I am concerned about the matter, not only from the standpoint of the Church in general, but also from the standpoint of our own individual experiences. How can we fight the devil? How can we know how we are to live? How can we answer the things we hear, the things we read, and all the subtle suggestions of the devil? Where can I find this truth that I must gird on, as I put on all this armour of God? Where can I find it if I cannot find it in the Bible? Either my foundation is one of sand that gives way beneath my feet, and I do not know where I am, or else I stand on what W. E. Gladstone called ‘The Impregnable Rock of Holy Scripture’.