Augustine's Writings on Grace and Free Will (eBook) 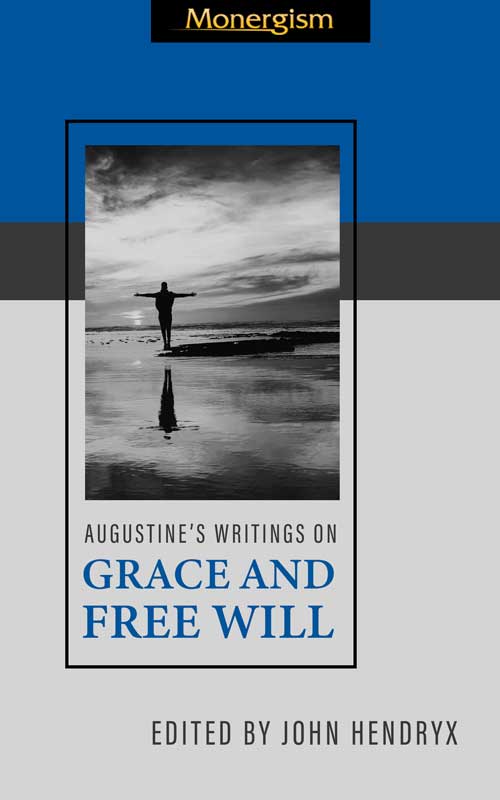 State in contrast the main distinguishing positions of the Augustinian and Pelagian systems.

"Augustinianism. By the sin of Adam, in whom all men together sinned, sin and all the other positive punishments of Adam's sin came into the world. By it human nature has been both physically and morally corrupted. Every man brings into the world with him a nature already so corrupt, that it can do nothing but sin. The propagation of this quality of his nature is by concupiscence.

Pelagianism. By his transgression, Adam injured only himself, not his posterity. In respect to his moral nature, every man is born in precisely the same condition in which Adam was created. There is therefore no original sin."

"Augustinianism. By Adam's transgression the Freedom of the human Will has been entirely lost. In his present corrupt state man can will and do only evil.

Pelagianism. Man's will is free. Every man has the power to will and to do good as well as the opposite. Hence it depends upon himself whether he be good or evil."

"Augustinianism. If nevertheless man in his present state, wills and does good, it is merely the work of grace. It is an inward, secret, and wonderful operation of God upon man. It s a preceding as well as an accompanying work. By preceding grace, man attains faith, by which he comes to an insight of good, and by which power is given him to will the good. He needs cooperating grace for the performance of every individual good act. As man can do nothing without grace, so he can do nothing against it. It is irresistible. And as man by nature has no merit at all, no respect at all can be had to man's moral disposition, in imparting grace, but God acts according to his own free will.

only who deserve it by the faithful employment of their own powers. But man can resist it.

"4th. As to PREDESTINATION AND REDEMPTION."

"Augustinianism. From eternity, God made a free and unconditional decree to save a few 2 [2 The doctrine of Augustine does not by any means involve the conclusion that the elect are " few " or " a small number."] from the mass that was corrupted and subjected to damnation. To those whom he predestinated to this salvation, he gives the requisite means for the purpose. But on the rest, who do not belong to this small number of the elect, the merited ruin falls. Christ came into the world and died for the elect only.

Pelagianism. God's decree of election and reprobation is founded on prescience. Those of whom God foresaw that they would keep his commands, he predestinated to salvation; the others to damnation. Christ's redemption is general. But those only need his atoning death who have actually sinned. All, however, by his instruction and example, may be led to higher perfection and virtue."

Augustine's Doctrine of the Bondage of the Will

B. B. Warfield - Augustine & the Pelagian Controversy

The Leaven of Synergism by Arthur Custance

Augustine - A Treatise On Grace and Free Will

Augustine - A Treatise On Nature and Grace, Against Pelagius

Augustine - A Treatiuse On Rebuke and Grace

Augustine - A Treatise On the Grace of Christ and Original Sin

Augustine - A Treatise On the Predestination of the Saints

Augustine - A Work On the Proceedings of Pelagius - 417

Jerome - Against the Pelagians (Book 1)

Jerome - Against the Pelagians (Book 2)

Jerome - Against the Pelagians (Book 3)

Canons of the Council of Orange - 529

Select Quotes from Augustine on Grace and Free Will