The Atonement: Its Efficacy and Extent (eBook) 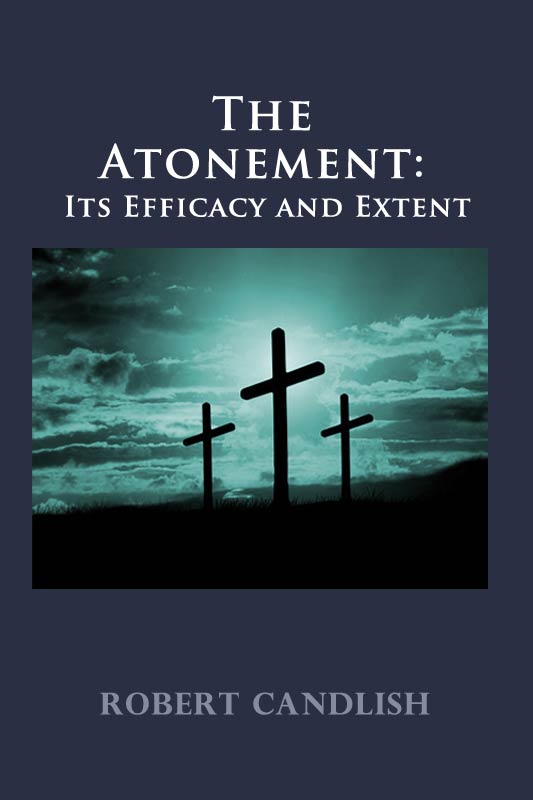 THE question, or set of questions, with which this treatise is occupied belongs, in an especial manner, to the theology of the Reformation, as it is embodied in the symbolic books and academic systems of the sixteenth, and more particularly the seventeenth century.*

The truth as it is in Jesus is doubtless essentially the same everywhere and always; and the apprehension of it, for salvation, by those to whom it is presented, must everywhere and always be in substance the same act or process. Christ crucified, and faith appropriating Christ crucified, are the unchanging conditions of the spiritual life; the outer or objective power, and the inner or subjective principle, uniting to effect what that formula expresses,—"Christ living in me" (Gal. 2:20).* But while thus far Christianity, whether doctrinally or practically considered, is identical in all ages, there is room for diversity in respect of the manner, more or less explicit and articulate, in which its several parts or elements may be developed, recognised, and expressed. Circumstances may cause a greater stress to be laid on certain of its doctrinal aspects, or of its practical applications, at one period than at another; and different habits of mental discipline, as well as different kinds of moral training and experience, may occasion, even where there is real agreement, considerable variety of exposition.

The objective doctrine of the atonement made by Christ, and the corresponding subjective doctrine of belief in that atonement, are, as I think, instances in point. For I am persuaded that such speculations and inquiries as have in modern times gathered round these doctrines can scarcely be understood, or intelligibly dealt with, unless care be taken to keep in view the general character and tendency of the theological era which to a large extent they represent. It is for this reason that I begin, in the outset of my argument, with what in fact originated the train of thought which led to my writing on the subject at all;—a brief general notice, that is to say, of a certain contrast that may be observed between the formularies of the post-Reformation Church and those of earlier date; and a more particular explanation of the importance which came in consequence to be attached to the precise adjustment and balancing of verbal statements,—in a somewhat more evangelical and more spiritual line, however, than that in which the Fathers used to cultivate the art so skilfully.* The subject is interesting in itself, as well as in its bearing upon the forms which modern controversies on the Atonement and on Faith have assumed; on which account I hesitate all the less in making some cursory consideration of it the commencement or starting-point of the discussion upon which I am entering relative to these great matters.

PART I: THE QUESTION VIEWED IN ITS RELATION TO HUMAN SYSTEMS AND THE METHOD OF SCRIPTURAL PROOF

CHAPTER I: The Formularies of the Reformation as distinguished, in regard to this subject, from those of the Patristic Church

CHAPTER II: The Westminster Standards—Relation between the atonement and faith—The sovereignty of God

CHAPTER III: The method of scriptural proof—Classification and examination of texts usually alleged against the Calvinistic doctrine

CHAPTER IV: The method of scriptural proof—Nature of the evidence in favour of the Calvinistic doctrine

CHAPTER VI: The method of scriptural proof—Examination of Heb. 9:13, 14—The argument "a fortiori" for the atoning efficacy of the sacrifice of Christ

PART II: THE QUESTION VIEWED IN ITS PRACTICAL RELATION TO THE GOSPEL CALL AND THE ACCEPTANCE OF IT BY FAITH

CHAPTER I: Universal dispensation of gracious forbearance—Its connection with the atonement

CHAPTER II: The dispensation of gracious forbearance—The good-will of God—The universal warrant and encouragement to believe

CHAPTER III: The completeness of the atonement—Its adaptation to the real need of the sinner

CHAPTER IV: The divine faithfulness and human responsibility—Where the insoluble difficulty should be placed

CHAPTER VI: The nature of faith—Not simply an act of the intellect—The consent of the whole inner man to the appropriating of Christ—Unites the believer to Christ

CHAPTER VII: The warrant of faith—The divine testimony, appealing to the divine name or nature as exhibited in the atonement

CHAPTER VIII: The warrant of faith—The sum and substance of the divine testimony in connection with the exhibition of the divine name In the atonement—Hypothesis of a postponed atonement

CHAPTER IX: The hypothesis of a postponed atonement further considered

CHAPTER X: The source and origin of faith—The Spirit giving life—The life in Christ—A fruit of his complete atonement