The Assurance of Heaven and Salvation (eBook) 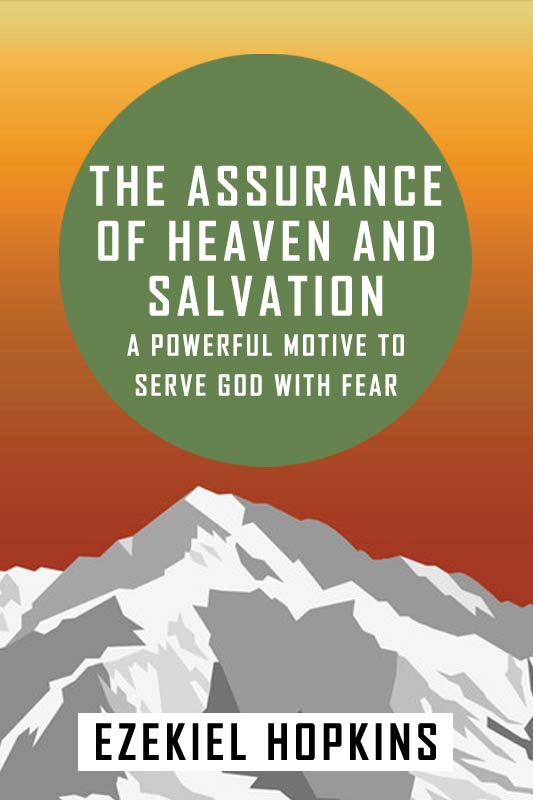 WHEREFORE WE RECEIVING A KINGDOM WHICH CANNOT BE MOVED, LET US HAVE GRACE, WHEREBY WE MAY SERVE GOD ACCEPTABLY, WITH REVERENCE AND GODLY FEAR: FOR OUR GOD IS A CONSUMING FIRE. HEB. 12:28, 29.

THIS text contains in it a Doctrine, a Use, and a Motive.

The Doctrine is, We have received a kingdom which cannot be moved.

The Use or Inference from thence is this: Therefore, let us serve God.

And the Motive, to enforce this exhortation, is in these words, for our God is a consuming fire.

First. In the first part, which is the Thesis or Position, We have received a kingdom which cannot be moved, we must know, there is a Twofold Kingdom: a Kingdom of Grace, set up in the heart of a saint, where Christ alone reigns as sole monarch and sovereign; and a Kingdom of Glory, prepared for us in the highest heavens, where we shall reign as kings with Christ for ever.

If we take it in the former sense, for the Kingdom of Grace, so the Apostle saith, we have a kingdom, that is, we have it already in possession. Christ hath established his dominion over every believer: and, though he sits personally upon his throne in heaven; yet he rules in us by the vicegerency and deputation of his Spirit that received commission from him, and also by the law of his Word enacted by it.

If we understand it in the latter sense, for the Kingdom of Glory, which seems most congruous to the design of the Apostle, so, also, we have a kingdom, and that in a Fourfold sense.

By Grace, giving us the earnest of it.

By Faith, realizing it.

By Hope, embracing it. And,

By the Promises, assuring of it.

Full Assurance and the Fear of God

As a Consuming Fire

The Consideration of God, as our God, that may Enforce a Holy Awe and Fear of Him

Every Frown from a Reconciled God to Cause Fear

Holy Fear Brings A Most Ardent Love of God