What is the Gospel?
What are Your Personal Theological Convictions?
Sovereignty, Free Will and Salvation
The Many Benefits of eBooks
Puritan Treasures
The Biblical Doctrine of Regeneration (eBook)
The Essence of the Gospel
On Keeping the Heart (eBook)
On Trusting Christ
Device Against the Learned and Wise

The Application of Redemption (eBook) 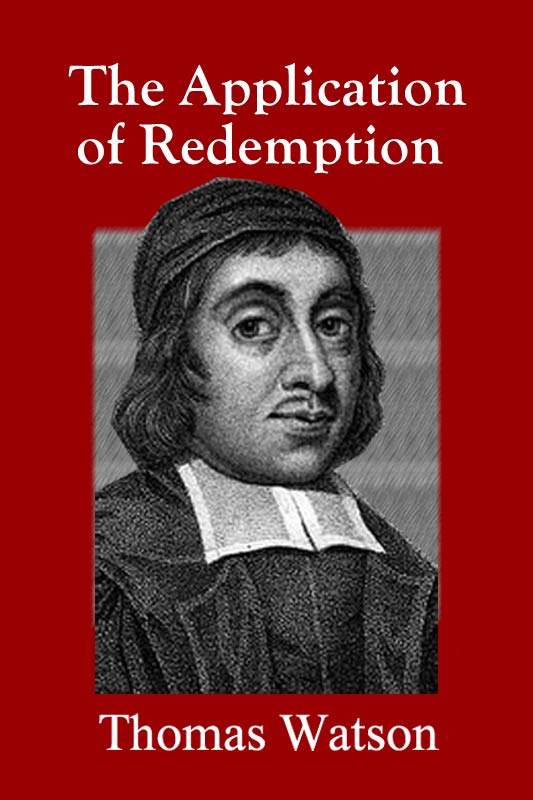 The following is a short sample of some of the content. This particular excerpt is from the chapter on faith.

What is justifying faith? I shall show,

(1.) What it is not. It is not a bare acknowledgment that Christ is a Savior. There must be this acknowledgment, but that is not sufficient to justify. The devils acknowledged Christ's Godhead. "Jesus the Son of God." There may be an assent to divine truth, and yet no work of grace on the heart. Many assent in their judgements, that sin is an evil thing—but they go on in sin, whose corruptions are stronger than their convictions. Many assent that Christ is excellent; they cheapen the pearl—but do not buy.

(1:) Self-renunciation. Faith is going out of one's self, being taken off from our own merits, and seeing we have no righteousness of our own. "Not having my own righteousness." Self-righteousness is a broken reed, which the soul dares not lean on. Repentance and faith are both humbling graces; by repentance a man abhors himself; by faith he goes out of himself. As Israel in their wilderness march, behind them saw Pharaoh and his chariots pursuing, before them the Red Sea ready to devour; so the sinner behind sees God's justice pursuing him for sin, before, hell ready to devour him; and in this forlorn condition, he sees nothing in himself to help—but he must perish unless he can find help in another.

(2:) Reliance. The soul casts itself upon Jesus Christ; faith rests on Christ's person. Faith believes the promise; but that which faith rests upon in the promise—is the person of Christ: therefore the spouse is said to "lean upon her Beloved." Faith is described to be "believing on the name of the Son of God," namely, on his person. The promise is but the cabinet, Christ is the jewel in it which faith embraces. The promise is but the dish, Christ is the food in it which faith feeds on. Faith rests on Christ's person, "as he was crucified." It glories in the cross of Christ. Gal 6:14. To consider Christ crowned with all manner of excellencies, stirs up admiration and wonder; but Christ looked upon as bleeding and dying, is the proper object of our faith; it is called therefore "faith in his blood." Rom 3:25.

(3:) Appropriation, or applying Christ to ourselves. A medicine, though it be ever so sovereign, if not applied, will do no good. Though the plaster is made of Christ's own blood, it will not heal, unless applied by faith; the blood of God, without faith in God, will not save. This applying of Christ is called receiving him. John 1:12. The hand receiving gold, enriches. Just so, the hand of faith, receiving Christ's golden merits with salvation, enriches us.

How is faith wrought?

By the blessed Spirit; who is called the "Spirit of grace," because he is the spring of all grace. Zech 12:10. Faith is the chief work which the Spirit of God works in a man's heart. In making the world God did but speak a word—but in working faith he puts forth his arm. Luke 1:51. The Spirit's working faith is called, "The exceeding greatness of God's power." Eph 1:19. What a power was put forth in raising Christ from the grave when such a tombstone lay upon him as the sins of all the world—yet he was raised up by the Spirit. The same power is put forth by the Spirit of God, in working faith. The Spirit irradiates the mind, and subdues the will. The will is like a garrison, which holds out against God: the Spirit with sweet violence conquers, or rather changes it; making the sinner willing to have Christ upon any terms; to be ruled by him as well as saved by him. 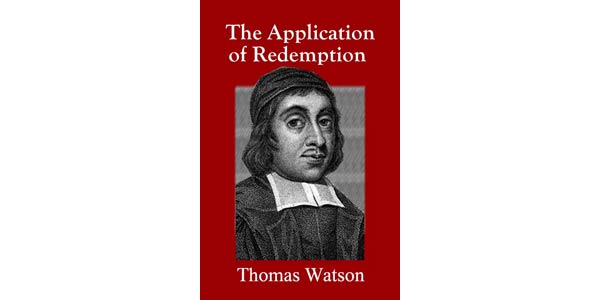 Helping Those Who Have Been Widowed
Lance Quinn
The Effectual Call
Mike Ratliff
We Got Here Because of Cowardice. We Get Out With Courage: Say no to the Woke Revolution
Bari Weiss
Understanding Sexual Sin: The Harvest USA Tree Model
Jim Weidenaar
10 Truths About the Holy Spirit from Romans 8
Ryan Higginbottom
Why Christians Should Avoid Alarmism (And What To Do Instead)
Akos Balogh
Friendship: The Foundation of Paul’s Global Ministry
Caleb Greggsen
Conviction of Sin
Charles Hodge
Nature of the Atonement
Charles Hodge
No Condemnation
Charles Hodge
The Enneagram, the Angel, and the Divine Coma
Marcia Montenegro
How the Irish (Christians) Saved Education
John Stonestreet
What Does it Mean to Be A Christian? According to Luther, Melanchthon, Tyndale and Calvin
Iain H Murray
Church History (27-Part Lecture Series)
Adam Charles Young
A Theology of Disappointment
Jeremy Pierre
Post-Reformation Reformed Dogmatics: the Rise & Development of Reformed Theology
Richard Muller
How to Resist Indoctrination
Stephen Roberts
What Is Reformation Day All About?
Robert Rothwell
With Friends Like These
Derek Thomas
The Church Among the Deathworks
Carl Trueman
Empty Pews Are an American Public Health Crisis
Curated Resources
What the Lord’s “Imminent” Return Means
Thomas Kidd
A Commentary on the Epistle to the Romans (eBook)
Charles Hodge
Ideas Have Consequences: Why the rise of nominalism is such a big deal
Craig Carter
Water Heater Maintenance
Nathan Eshelman
A Pandemic of Disunity: How We Drive the World Away
Randy Alcorn
5 Reasons We Don't Pray
Keith A. Evans
How can a pastor best take care of himself in ministry?
Michael J Glodo
Your Pastor Is Probably Discouraged
Erik Raymond
How to Develop Your Spiritual Discernment
Dustin Benge
Good Guys, Bad Guys, And A Missing Category
R Scott Clark
The Haunting Effects of Sin
Doug Eaton
7 Traits of False Teachers
Colin Smith
The Tower of Babel and the Aztec Chief
Curated Resources
What Is “the Name?”
Terry Johnson
The Sufferings and Glory of the Messiah (eBook)
John Brown
Is Missing Church A Sin?
R Scott Clark
Remaining Faithful When Others Embrace LGBTQ+ Theology
John Freeman
Social Justice vs. Biblical Justice: A Timely Book on a Perennial Topic
E Calvin Beisner
What’s Going on Right Now: Sex, Race, Politics & Power
W Robert Godfrey
The failure of Evangelical Elites
Carl Trueman
Is The Neo-Evangelical Coalition Worth Saving?
R Scott Clark
Cultivating a Gracious Climate in Your Church
Jared Wilson
The Gospel and the Reformation
R C Sproul
Understanding Genesis
Jason Lisle
Defending Essential Christian Truths
Jeff Durbin
Right Now Counts Forever: 2021 National Conference (23-Part Lecture Series)
Dr Sinclair B Ferguson, W Robert Godfrey, Steven J Lawson, Dr. John MacArthur, Stephen J Nichols, Joel E Kim M.Div
A Blueprint for Thinking (5-Part Lecture Series)
R C Sproul
Christ Above All Earthly Powers (Conference Series)
Tom Ascol, Voddie Baucham
Hope Builders for Broken Hearts
Costi Hinn