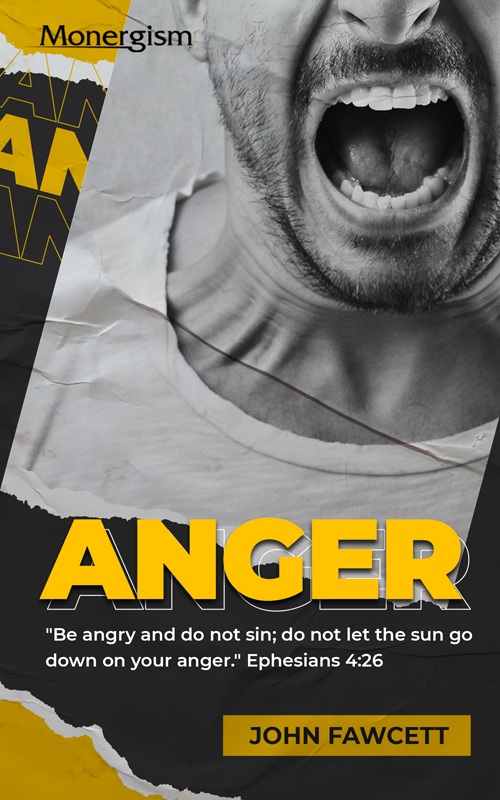 Ungoverned anger is a prolific source of harm to human life. Many of the scenes of public calamity and private distress which strike us with astonishment and horror, have originated from this direful spring. It is this which has overspread the earth with blood and slaughter it is this which has so often filled the poisoned bowl, loaded the murderous pistol, and pointed the assassinating dagger. It has through successive ages furnished ample materials for the poet's tragic muse, and the orator's pathetic declamation.

The wrath of princes has embroiled kingdoms in war and bloodshed. It has subjected nations to continual frights and losses, and made death and terror continually to walk about in their most horrid forms. Then what desolation reigns! Rest is disturbed, property destroyed, families are broken, friends are suspected, enemies are feared, laws are trampled upon, commerce is ruined, business is neglected, cities are wasted and filled with heaps of slain!

The wrath of priests has deluged the church in blood, the blood of those of whom the world was not worthy. It has slain its thousands and its tens of thousands. Detestable bigotry, what have you done! Cruel superstition, unhallowed rage, what havoc have you made in the fold of Christ! Nothing can be more remote from the genius of the gospel of peace, from the nature of the religion of love, or from the precepts and example of him whose name is the Prince of Peace, whose nature is love, whose first and great command is charity, and who has left us an example of meekness and lowliness of heart.

The miseries and mischiefs occasioned by lawless anger in private societies, and domestic connections, are without end. Where envying and strife are, there is confusion and every evil work. The disunion of nations, the breakup of families, and the disquietude of neighborhoods, arise in general from ungoverned anger—that root of bitterness, that fruitful source of human woes.

Be this then the subject of our present meditation. May the light of divine revelation guide our researches, and the Spirit of peace and love seal instruction on our hearts.

Anger, according to one, is uneasiness, or discomposure of mind, on the receipt of any injury, with a present purpose of revenge.

Anger is displeasure—its opposite is delight. It is that sensation, which we feel when a person seeks to prevent us from obtaining the good we wish to enjoy, when he strives to deprive us of the good we possess, or when he endeavors to bring upon us the evil we dread.

Anger is defined by one to be a propensity to occasion evil to another, arising from the apprehension of an injury done by him. It is accompanied with sorrow and grief, a desire for repelling the affront, and making the author of it repent his attempt, and repair the damage we sustain by him.

In the sacred writings, anger is often attributed to God. He is angry with the wicked every day. Not that he is liable to those evil emotions which produce, or are produced by this angry passion in men; but because he is resolved to punish the wicked with the severity of a provoked father an incensed master.

Anger is often joined with fury, even when attributed to the Almighty. We read of the heat of his anger, and the fierceness of his wrath. How much is the power of his anger to be dreaded! This sets forth the awful, the accursed nature of that which the Long-suffering God so much resents—sin. The impenitent, the obstinate sinner, because there is wrath, should beware, lest he be taken away with a stroke; and then a great ransom cannot deliver him. He should flee from the wrath to come!

Neither every kind, nor every degree of anger, is to be condemned. Anger simply, and in its own nature, cannot be sinful. Two reasons, I think, may convince us of the truth of this:

1. It seems to have been planted in the original frame of human nature. Every power of the human mind is now perverted by sin. Anger, among the rest, has become a depraved passion; but it existed before it was depraved; and, being the appointment of him who is perfect in purity, must in itself be an innocent passion, allowable on just occasions, and to be exercised in a proper and becoming manner. "Be angry and do not sin." To endeavor to banish it entirely, from our minds, would be an attempt equally foolish and fruitless.

2. The blessed and holy Jesus himself, that pattern of perfection, who has left us an example that we should walk in his steps, was, when on earth, sometimes angry. Mark 3:5, "And when he had looked roundabout on them with anger, being grieved for the hardness of their hearts, he said to, the man, stretch forth your hand." Here is anger without sin—anger in one who knew none, and in whose spirit there was no deceit. Nay, it would be no hard task to prove that this anger was a virtue. The hardness of their hearts called for this holy resentment. Their blindness was obstinate, their opposition to him was unreasonable to the highest degree. Such a temper, such a conduct could not be looked upon with coolness and indifference.

If we ourselves were perfectly free from sin, and were to converse only with creatures entirely innocent, it does not appear that there would be any occasion for the exercise of anger. But we live in a world where iniquity abounds, where oppression and injustice every day is practiced; and as such there are many occasions for a righteous and holy resentment. It is good to be zealously affected always in a good thing. God, who, does nothing in vain, has implanted in our natures the irascible passions, that we might rebuke those who trample on his laws, and treat their fellow-creatures with cruelty.

But our natures, alas, are so depraved and disordered through our apostasy from God, that in this as in other things, we pervert that which is right.

The anger which is exercised in general, is very sinful and mischievous. It is shown on improper occasions; it is rash, it is cruel, it is outrageous, or it is revengeful. This kind of anger is ranked with malice, wrath, and bitterness; and we are charged to cast it aside. He who is thus angry with his brother without a cause, is in danger of the judgment.

To consider violent anger as a mere infirmity incident to human nature, is to form wrong conceptions of it. We should remember that wrath and strife are as expressly enumerated among the works of the flesh, as impurity, murder, or drunkenness. The former may be as offensive to God, as ruinous to us, and as hurtful to our fellow-creatures, as the latter.

The suppression of sinful anger, therefore, every one must own to highly conducive to the comfort of human life, the honor of our holy religion, and the welfare and happiness of all societies, whether natural, civil, or sacred.

By a meek and quiet spirit, which is in the sight of God of great price, we are enabled to govern ourselves when anything occurs that is provoking. As temperance serves to check and moderate our natural appetites in regard to what is pleasing to the flesh, so by meekness we govern and guide our resentment of what is displeasing.

One of the seven sages of Greece left this maxim as a memorial of his knowledge and benevolence, "Be master of your anger." He thought, it should seem, that he could not lay on posterity a stronger obligation to revere his memory, than by leaving them a beneficial caution against furious and unguarded anger.

Rage, peevishness, and implacable resentment, can never be justified. They are so hateful and diabolical in their nature, and so mischievous in their effects, that they can never admit of any defense—every wise man condemns them. Wrath is cruel, and anger is outrageous; and who is able to stand before envy?

Violent anger makes itself visible by many outward signs. It renders the countenance sometimes red and fiery, sometimes pale and wan; it flames or scowls in the eyes, it wrinkles the brow, it enlarges the nostrils, and makes them heave; it fills the tongue with short spiteful words, or noisy threatening, and the hands with weapons of violence to assault the offender; and sometimes it causes a tremor through all the limbs.

"There is (says an excellent and judicious author) no passion, properly so called, and considered in itself as belonging to man, which is absolutely sinful in the abstract nature of it—all the works of God are good. But if anger is let loose on an improper object, or in an improper time or degree, or for too long a continuance—then it becomes criminal. Esteem, placed upon self as the object, and in an unreasonable degree, becomes pride. In the same way, anger, prolonged into a settled temper, often turns into malice; and if it is mingled with vices of the will, it becomes sinful also under that consideration."

The mettle of a young and vigorous steed is not only harmless, but serviceable, when under due regulation. Much the same may be said of anger in the mind of man. When meekness is the bridle that restrains it, and wisdom the hand that guides it, we are safe. But if it is not under proper government, it breaks through all decorum, grows headstrong and outrageous, and threatens harm to ourselves or those about us. So the unmanageable horse tramples on those who stand in his way, and perhaps throws the rider headlong on the ground—it should be restrained, therefore, with bit and bridle. We are not to submit to anger as to our master, but to govern it as our servant. It should never appear but on proper occasions, nor then but under the strictest guard. We should never allow it to carry us beyond the bounds of decency. Our resentment should never be either deep or lasting.

My design in this essay is:

1. To point out the springs and causes of sinful anger.

2. To consider with what we may lawfully be angry.

3. What restrictions should attend our anger, that we offend not God by it.

4. To consider when anger is sinful.

5. To give some cautions against that anger which is violent and criminal, and to prescribe some rules for the suppression of it.

Chapter 1. The Cause of Anger

Chapter 2. The Objects of Anger

Chapter 3. The Limits of Anger

Chapter 4. When Anger Is Sinful

Chapter 8. Rules for the Suppression of Sinful Anger

Chapter 9. The Harmfulness of Anger