The All-Sufficiency of Christ to Save Sinners (eBook) 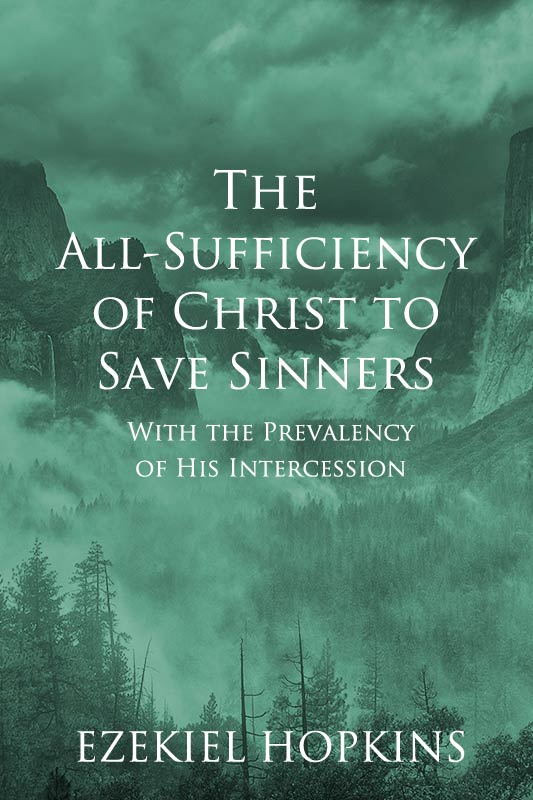 WHEREFORE HE IS ABLE ALSO TO SAVE THEM TO THE UTTERMOST, THAT COME UNTO GOD BY HIM; SEEING HE EVER LIVETH TO MAKE INTERCESSION FOR THEM. - HEB. 7:25.

THE general design of the Apostle in this Epistle, is, to shew the dignity of Christ, above the Levitical Priesthood: which he doth, as by many other deep and accurate arguments; so, likewise, by affirming him to be a priest, after the order of Melchisedec, in the last verse of the foregoing chapter. In this chapter he prosecutes the argument, by drawing a long parallel, between the priesthood according to Melchisedec's Order, and the priesthood according to Aaron's Order: and, in every comparison, he gives the pre-eminence to the former above the latter; and thereby proves, that Christ, who was a priest after the order of Melchisedec, obtained a more excellent priesthood than they, who were priests according to the Order of Aaron.

I. Now because, in this parallel, there are many things hard to be understood, I shall give you a brief EXPLICATION of them, and thereby bring you to the Text.

Concerning this Melchisedec, there is much enquiry who he was. Some think him to be Jesus Christ, the Son of God, the Second Person in the Blessed Trinity; who assumed human shape then, when Abraham returned from pursuing the four kings: but this is altogether impossible, because the Scripture makes him to be the King of Salem, a visible and a temporal king over Jerusalem; for, by Salem, that must be implied, as is clear from Ps. 76:2. Others conjecture this Melchisedec to be the same with Shem, the son of Noah; but whether it was he or no, it is not much material: this is certain, that he was appointed and raised up by God to be an eminent and illustrious type of our High Priest, Jesus Christ.

Doct. I. That JESUS CHRIST IS AN ALMIGHTY AND AN ALL-SUFFICIENT SAVIOUR

Doct. II. HE ONLY SAVES THOSE THAT COME UNTO GOD BY HIM

Doct. III. CHRIST'S ALL-SUFFICIENCY DUE TO HIS INTERCESSION FOR US

CHRIST IS ABLE TO SAVE THE GREATEST OF SINNERS

HE IS ABLE TO BESTOW UPON US ALL-SUFFICING MERCY

HE IS ABLE TO SAVE, WHEN NONE ELSE CAN