An All Around Ministry (eBook) 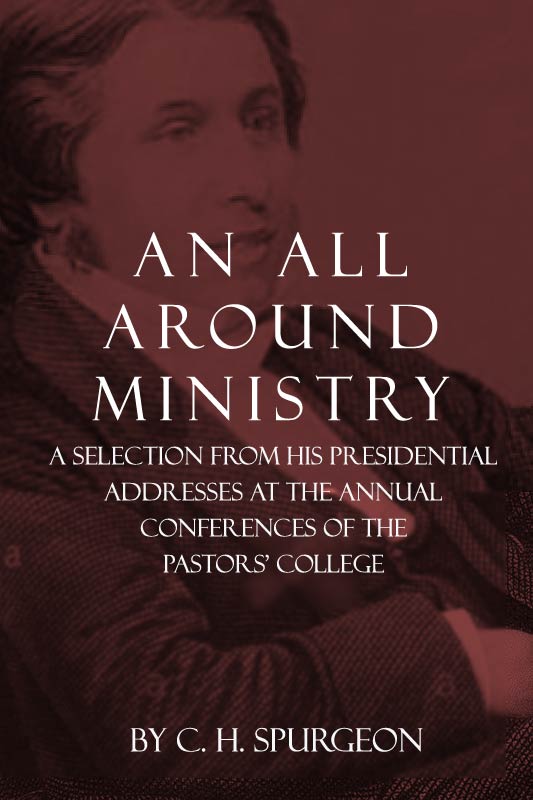 The publication of the present volume carries out a purpose which was in the mind of MR. SPURGEON many years ago. It was his intention to issue, in this form, a selection from his Presidential Addresses at the Annual Conferences of the Pastors' College. The first Address here given was delivered in the year 1872, and the last in 1890, so that the series embraces many of the most memorable utterances to the members of the old College Association as well as three of the "Inaugurals" at the meetings of the new Evangelical Association.

MR. SPURGEON always regarded the Conference week as one of the most important in the whole year; and he devoted much time, and thought, and care, and prayer, to the preparation of his Addresses to the hundreds of ministers and students who then gathered together from all parts of the kingdom and from distant lands also. Surrounded by his sons in the faith, many of whom were his own spiritual children, and all of whom delighted to call him President, leader, brother, friend, he spoke with a freedom and a homeliness which could never be excelled, nor hardly equaled, in any other assembly; and the Addresses themselves supply abundant evidence of the solemn responsibility which he felt in speaking to such an audience, and of the faithfulness with which he discharged that responsibility.

Though there is here the special, personal appeal to his own men, the subjects dealt with concern the whole Christian ministry at home and abroad, using the term "ministry" in its widest sense as applying to all servants of the Lord Jesus Christ. The clergy and ministers of all denominations, home and foreign missionaries, open-air preachers, Sunday-school and Bible-class teachers, tract-distributors, and Christians of all ranks will here find much that will help them to exercise that "all-round ministry" of which MR. SPURGEON himself was so earnest an advocate and so bright an example. 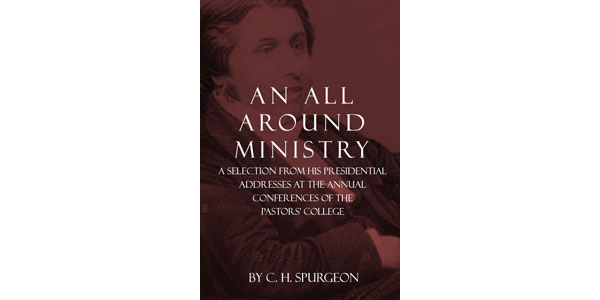 Individuality, and its Opposite

How to Meet the Evils of the Age

What We Would Be

The Evils of the Present Time, and Our Object, Necessities and Encouragements

The Preachers Power, and the conditions of Obtaining it

The Minister in These Times