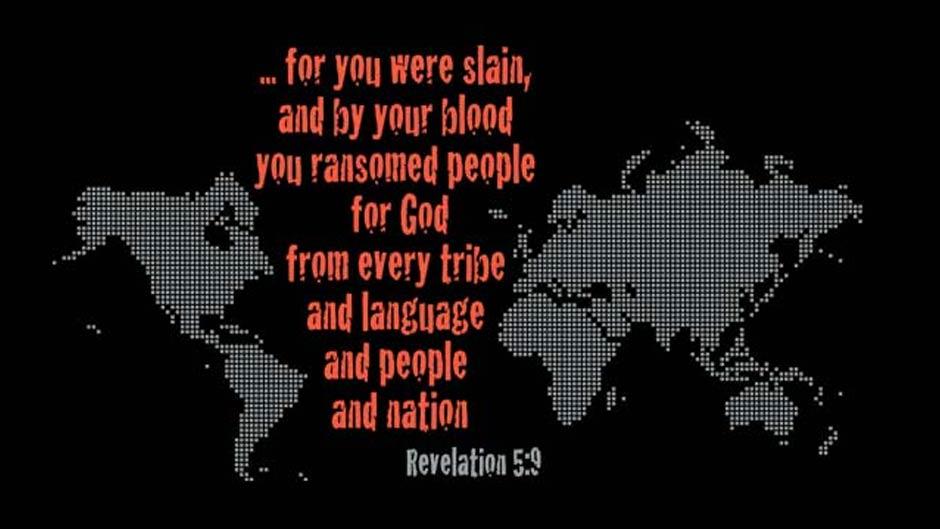 ""Worthy are you to take the scroll and to open its seals, for you were slain, and by your blood you ransomed people for God from every tribe and language and people and nation, nd you have made them a kingdom and priests to our God, and they shall reign on the earth." - Rev. 5:9-10

The great, ultimate, and final exodus is here being declared in song. Three (3) reasons to define the lamb's worthiness to open the scroll

1) you were slain, 2) with your blood your purchased men for God from every tribe and language and people and nation. (That is the meaning of the event). and 3) v10. You have made them to be a kingdom of priests and to reign on the earth. (That is the consequence of the event).

What is actually in view here? It is the final exodus and the ultimate, eternal establishment of a covenantal relationship between God and His people. It is what we see at the end of the Revelation. "Now I will be their God and they will be my people..." This event also uses language similar to the Exodus of the Jews. It not only points forward to the final consummation but also points back to that Passover event. This passage actually lifts language from the Book of Exodus. What actually took place on the evening of the first Passover? A lamb was slain and painted on the doorposts of every Jewish home. That was the event. But what was the meaning of that event?. The Text is clear. The purchase of the firstborn for God. The firstborn in Israel were just as guilty as any Egyptian. The Jews were not saved because they were more righteous than anyone else. They were saved because God made them a provision of atonement. They too were liable to the death blow of the angel, but were purchased by the blood of an unblemished sacrifice that pointed to the ultimate sacrifice. To what end, and with what final consequence in mind? In their language: "That out of all the nations of the world they would become the personal possession of God, purchased out of Egypt to be made a kingdom and priests" (Ex 19).

Here, now if we let the Bible interpret itself, in Revelation 5, God's promise to Israel is brought to its consummate realization. What was prefigured in the events of the Exodus is now realized in the redemption that has been secured by Jesus Christ. Firstly, the event itself: His blood was shed as a sacrificial lamb. Secondly, the meaning of the event: with his blood he purchased for God people out of all the nations of the earth. Thirdly, the consequence of that event: That these same people would be a kingdom and priests. This is Revelation interpreting Exodus. These persons with share with the lamb the royal right to rule and the priestly right to draw near to God in intimacy. We do not replace Israel but we are Israel fulfilled (not replacement, expansion). This is how the book begins, "To him who loves us and has freed us from our sins by his blood and has made us to be a kingdom and priests." This is the language of the NT interpreting the Old Testament. Philippians says we are the true circumcision; Galatians says we are the children of Abraham. We are the holy nation, we are the priesthood, we are the chosen people; we are the nation belonging to God. It is the ultimate and final exodus. It was dimly prefigured by Israel in the wilderness.

In the Old Testament the Lord says, "If you will indeed obey my covenant, then you shall be My own possession among all the people and you shall be to me a kingdom of priests and a holy nation." (Exod 19:5-6). But no one in all creation was able to perfectly obey this covenant, as it is emphasized in this passage showing that no one was worthy to open the scroll mentioned in Revelation 5:2-4 with the exception of one man: "Who is worthy to open the scroll and break its seals?" And no one in heaven or on earth or under the earth was able to open the scroll or to look into it, and I began to weep loudly because no one was found worthy to open the scroll or to look into it. And one of the elders said to me, "Weep no more; behold, the Lion of the tribe of Judah, the Root of David, has conquered, so that he can open the scroll and its seven seals." So it is in Jesus Christ alone that we participate in the fulfillment of this covenant and are to be made a kingdom of priests. But who are those who are in Jesus Christ?

Structurally Revelation 5:9 fits into the central place so arguably it is the most important. 3 things to notice:

1) A Bloody Sacrifice. the blood of Jesus. It is a metonym for his life violently and sacrificially ended. You were slain. This is the instrument by which we were purchased. A life outpoured.

2) An Effectual Sacrifice. That is to say, by the means of this sacrifice something specific transpired. Something was actually accomplished. What was that? That a group of people was purchased for God. Who? Human beings from every tribe, people, language, nations. These are synonyms. Why four in the place of one. It is a literary device in apocalyptic literature. The use of fours often imagined picking up all the nations by its corners so that nothing is missed. In the greater exodus not only ethnic Israel purchased by the sacrificial lamb. All the nations without exception are in view. Yet at the same time precision would demand that we recognize the specificity in view here. What was purchased? Look carefully. What was purchased by the blood of Jesus Christ? Not every tribe, and people and nation, but people OUT OF every tribe and language and people and nation. Not all nations but people from all nations. In other words, not all without exception, rather all without distinction. It is a universal sacrifice in that there was not one nation exempted from this purchase. It was a particular sacrifice in the sense in that what is in view is not all nations collectively but all nations representatively. This is the passage that send William Carey to India. " I know there are people ordained to eternal life there" because he purchased people out of every tribe and nations. In his sacrifice the text is clear. He got what He paid for. Nothing here about who He purchased potentially. Rather human beings purchased in effect for God out of every tribe, nation.

3) A Purposeful Sacrifice. Purchased men for God. We often think of salvation in terms of ourselves, but to the contrary the blood of Jesus Christ for God, for Him, to serve His purpose. And what is that? v 10 - "and you have made them a kingdom and priests to our God, and they shall reign on the earth." This is why he is worthy, a bloody effectual and purposeful sacrifice.