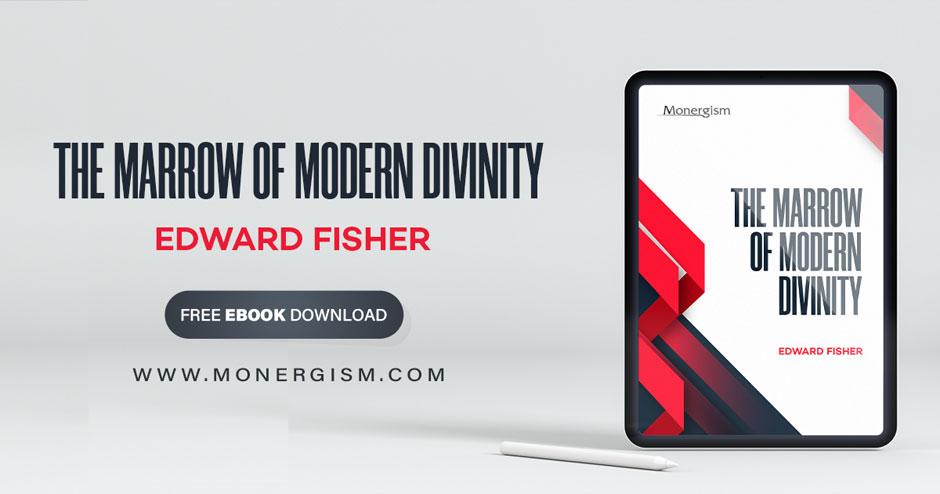 The gospel method of sanctification, as well as of justification, lies so far out of the ken of natural reason, that if all the rationalists in the world, philosophers and divines, had consulted together to lay down a plan for repairing the lost image of God in man, they had never hit upon that which the divine wisdom has pitched upon. This classic text on the gospel guides us and shows how to avoid the pitfalls of legalism and antinomianism

This is an extraordinary work, and it continues to be timely. I’ve linked Prof. Herman Hanko’s objections to it, and Jos. Hall’s Mid-America Journal of Theology article on the Marrow Controversy. Sinclair Ferguson’s lecture series on the controversy is there too.

The debate in Rom 6.15 has never ended, concerning the relationship of justification by grace alone (monergistic), to sanctification under the Law of Christ (synergistic). I’ve posted a simple graphic that my congregation thought was helpful (The Two Pillars of Salvation). I find that we’re often sloppy with our language. We use “salvation” when we actually mean “justification” – and somehow sanctification gets left out of the discussion, leading to some form of antinomianism. And when we bring sanctification into the discussion, someone yells “legalism!” because they think it’s about justification – they think we’re talking about the means of salvation, and not our response to salvation. Then there’s the challenge of MacArthur’s lordship teaching on evangelism, which caused many to confuse the two pillars, even though John is not at all unclear about it himself.

So it’s always good to examine what we teach and preach, to ensure that the Gospel we proclaim is clear, simple, and sound. We want to be sure that what we’re spreading is good seed, and not tares. This book, I think, gives us another opportunity to do that.

Sect. III. Of the performance of the promise.
Christ's fulfilling of the law in the room of the elect. (31k)
Believers dead to the law as the covenant of works. (63k)
The warrant to believe in Christ. (57k)
Evangelical repentance a consequent of faith. (26k)
The spiritual marriage with Jesus Christ. (20k)
Justification before faith, refuted. (7k)
Believers freed from the commanding and condemning power of the covenant of works. (50k)
CHAP. III. Of the Law of Christ.

The nature of the law of Christ. (14k)
The law of the ten commandments a rule of life to believers. (14k)
Antinomian objections answered. (20k)
The necessity of marks and signs of grace. (14k)
Antinomian objections answered. (7k)
Holiness and good works attained to only by faith. (29k)
Slavish fear and servile hope not the springs of true obedience. (26k)
The efficacy of faith for holiness of heart and life. (27k)
Use of means for strengthening of faith. (3k)
The distinction of the law of works, and law of Christ, applied to six paradoxes. (16k)
The use of that distinction in practice. (36k)
That distinction a mean betwixt legalism and Antinomianism. (5k)
How to attain to assurance. (10k)
Marks and evidences of true faith. (4k)
How to recover lost evidences. (4k)
Marks and signs of union with Christ. (12k)
CHAP. IV. Of the Heart's Happiness, or Soul's Rest.