Why Does Everyone Seem so Angry at Each Other? 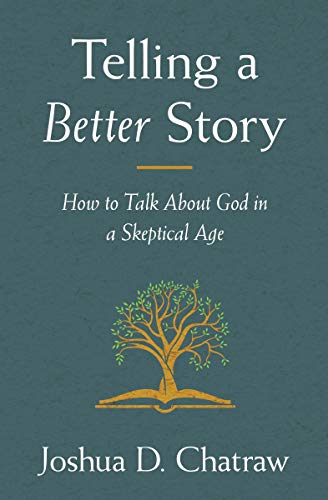 Excerpt from the book Telling a Better Story: How to Talk About God in a Skeptical Age, pg 124-128

Do you find our society is plagued by a bitterness toward "the other"? Why does everyone seem so angry at each other? What do you think is the cause of the deep divisions and animosity we are experiencing, and what can be done about it?  ...

Wilfred McClay [argues that] we all feel a need to escape the indictment of our conscience and achieve release from the emotional weight of our guilt. Traditionally, the same God who sets the moral standards and pronounces final judgment is also the means by which holistic forgiveness is offered and accepted.  Yet out of a desire to eliminate what is viewed as oppressive doctrine, therapeutic rationalism has cut us off from the traditional remedy.  The assurance to those who avail themselves of God's grace is that the verdict against the sinner has been paid and the impurity removed. The result is a freed person who is able to enjoy true psychological relief from guilt.

But with no God and no substitutionary death on the cross, our culture has turned to its own type of "scapegoat" to remove the guilt.  Our culture looks for someone to blame for our problem.  We seek someone or some group to bear all of our collective guilt so we can feel relatively free and innocent. Though, as McClay observes, "almost none of [this] has occurred consciously," the approach ironically ends up borrowing, albeit with disastrous results, from a religious paradigm: : "it is a story of people working out their salvation in fear and trembling." McClay elaborates:

"With moral responsibility comes inevitable moral guilt...So if one wishes to be accounted innocent, one must find a way to make the claim that one cannot be held morally responsible. This is precisely what the status of victimhood accomplishes.  When one is a certifiable victim, one is released from moral responsibility, since a victim is someone who is, by definition, not responsible for his condition, but can point to another who is responsible."

This is not to deny there is real moral struggle between victims and oppressors.  McClay does not- and nor should any Christian- suggest otherwise.  Rather, his point is that all sides are now rushing to identify as the victim - claiming the status for themselves. And when this happens, it undermines the hope for true reconciliation and the embrace of "the other" because it justifies animus and malice.

"But victimhood at its most potent promises not only release from responsibility, but an ability to displace that responsibility unto others. As a victim, one can project onto another person, the victimizer or oppressor, and feelings of guilt he might harbor, and in projecting that guilt lift it from his own shoulders. The result is an astonishing reversal, in which the designated victimizer plays the roll of scapegoat., upon whose head the sin comes to rest, and who pays the price for it.  By contrast, in appropriating the status of victim, or identifying oneself with victims, the victimized can experience a profound sense of moral release, of recovered innocence.  It is no wonder that this has become so common as gambit in our time, so effectively does it deal with the problem of guilt - at least individually, and in the short run, though at the price of social pathologies in the larger society that will likely prove unsustainable."

Welcome to our world of microaggressions, fanatical student protests, and Twitter wars.  The ability to seek the common good through compromise is a mere pipe dream because the other side is determined not merely to be wrong. Those on the other side are deemed morally reprehensible so that I and my group can be completely innocent. All guilt falls on "the other," and the only proper response is to silence the guilty. The result of this new response to personal guilt and shame is that "all moral striving" is politicized, and "instead of seeing moral struggle as something between you and God (the religious version) or as something that happens between the good and evil within yourself (the classic version), moral struggle now happens primarily between groups."

Hence, it is common for all sides to have what Alan Jacobs calls the "problem is the repugnant cultural other" or, as he shortens it, the RCO.  If I'm consumed by this belief that that person over there is both "Other and Repugnant," then there is no reason to interact with them as a neighbor or to consider their perspective. As Jacobs explains, "The cold divisive logic of the RCO impoverishes us, all of us, and brings us closer to the primitive state that the political philosopher Thomas Hobbes called 'the war of every man against every man."

...Christianity tells a different story about our guilt, social interactions, and hope for how humans might live together with both diversity and unity. First the Bible tells a story that indeed says we are each guilty, objectively before God -  no matter how much we might try to suppress the subjective feelings of guilt. Since the blood of Christ is on our hands, we can't simply blame others to relieve our guilt. We've all turned away and sought to hide from God, sometimes in direct conscious rebellion and sometimes in shame. None of us can claim superiority, because salvation doesn't come from our own righteousness but from the righteousness of God himself. When someone truly believes this, the temptation for public shaming or to flaunt their own moral superiority is undermined. Belief in the Christian story also undercuts the assumption that we are always "right."

Coming to grips with God's mercy despite our rebellion melts away prideful scorn and produces genuine humility that admits personal failures and a willingness to forgive those who have wronged us.

Second, at the heart of the gospel is a crucified King who forgave his murderers while he hung on the cross. Jesus' most famous sermon taught his followers to be meek, merciful, and committed to peacemaking. Jesus commanded them to love their enemies and pray for those who mistreated them, and he modeled this message throughout his entire life. In contrast with ancient norms, Jesus universalized benevolence. The parable of the good Samaritan taught that seeking the common good of others was not to be limited to one's political or social tribe: everyone becomes a neighbor whom you must love as yourself.

Third, the Christian story is antithetical to coercion. While this story presses up against modern sensibilities by including a God who will one day deliver final judgment, this should free individuals to not seek vindictive retribution and a will to power.  While Christians are to pursue justice and have and objective standard by which justice can be measured, the confidence that God will one day bring a final judgment frees one from the all-consuming lust to "get even" (see Romans 12:19). The biblical story also assumes human agency; each of us will be held accountable for our choices. Coercive or manipulative behavior that sows public discord and distrust is never the way of the kingdom.  As New Testament scholar Richard Bauckham has stresses, "Coercion contradicts the nature of truth...It is in the very nature of Christian truth that is cannot be enforced. Coerce belief and turn the truth believed into a lie."

The fact that Christians have not always embraced their own stories' resources to find freedom from personal guilt and to motivate them to care for "the other" is not evidence that these resources do not exist ... these resources have provided the very means to offer a prophetic course correction, not only to society in general, but also for Christians themselves who have failed to live according to the narrative they confess to believe.

Excerpt from Telling a Better Story: How to Talk About God in a Skeptical Age by Joshua D. Chatraw