The Veracity of God 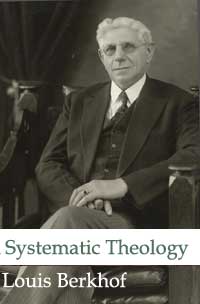 Scripture uses several words to express the veracity of God: in the Old Testament ’emeth, ’amunah, and ’amen, and in the New Testament alethes (aletheia), alethinos, and pistis. This already points to the fact that it includes several ideas, such as truth, truthfulness, and faithfulness. When God is called the truth, this is to be understood in its most comprehensive sense. He is the truth first of all in a metaphysical sense, that is, in Him the idea of the Godhead is perfectly realized; He is all that He as God should be, and as such is distinguished from all so-called gods, which are called vanity and lies, Ps. 96:5; 97:7; 115:4-8; Isa. 44:9,10. He is also the truth in an ethical sense, and as such reveals Himself as He really is, so that His revelation is absolutely reliable, Num. 23:19; Rom. 3:4; Heb. 6:18. Finally, He is also the truth in a logical sense, and in virtue of this He knows things as they really are, and has so constituted the mind of man that the latter can know, not merely the appearance, but also the reality, of things. Thus the truth of God is the foundation of all knowledge. It should be borne in mind, moreover, that these three are but different aspects of the truth, which is one in God. In view of the preceding we may define the veracity or truth of God as that perfection of His Being by virtue of which He fully answers to the idea of the Godhead, is perfectly reliable in His revelation, and sees things as they really are. It is because of this perfection that He is the source of all truth, not only in the sphere of morals and religion, but also in every field of scientific endeavor. Scripture is very emphatic in its references to God as the truth, Ex. 34:6; Num. 23:19; Deut. 32:4; Ps. 25:10; 31:6; Isa. 65:16; Jer. 10:8, 10, 11; John 14:6; 17:3; Tit. 1:2; Heb. 6:18; I John 5:20, 21. There is still another aspect of this divine perfection, and one that is always regarded as of the greatest importance. It is generally called His faithfulness, in virtue of which He is ever mindful of His covenant and fulfils all the promises which He has made to His people. This faithfulness of God is of the utmost practical significance to the people of God. It is the ground of their confidence, the foundation of their hope, and the cause of their rejoicing. It saves them from the despair to which their own unfaithfulness might easily lead, gives them courage to carry on in spite of their failures, and fills their hearts with joyful anticipations, even when they are deeply conscious of the fact that they have forfeited all the blessings of God. Num. 23:19; Deut. 7:9; Ps. 89:33; Isa. 49:7; I Cor. 1:9; II Tim. 2:13; Heb. 6:17, 18; 10:23.

The Council of Nicaea did not create the canon of Scripture
John D. Meade
Would Someone Tell Me What 2 Thessalonians 2 Means?!
Guy Waters
How to Stop Being Afraid of People, So You Can Start Getting Stuff Done
Reagan Rose
Should I Preach Without Notes?
Kevin DeYoung
Why White Fragility Fails
Denny Burk
Do we matter to God? (5-Part MP3 Series)
Dick Lucas
Words of comfort on knowing God (4-Part MP3 Series)
Dick Lucas
A Collection of the Promises of the Gospel (eBook)
John Colquhoun
The Happiest Place in the Universe
D. Blair Smith
The Suffering of Joseph and Jesus
Jonty Rhodes
What is the relationship of our Salvation with Repentance?
Mike Ratliff
How Did God Call Me to Himself?
John Piper
The World’s Easiest Theological Question
Michael J Kruger
Is the Evangelical Movement Really "Evangelical"?
Dr. John MacArthur
Christ Our Righteousness
Adoring God
Why Progressive Christianity Can’t Bring Reformation
Alisa Childers
When It Comes to Sacrifice, God Doesn’t Play Fair
Derek Rishmawy
Demonology 101
Eowyn Stoddard
Critical Theory Seeks To Suppress Dissent In America
R Scott Clark
4 Questions about the Trinity
Scott Swain
Help! I’m Struggling with the Doctrine of Predestination
Joel R Beeke
"More Than Conquerors" -- Romans 8:31-39
Kim Riddlebarger
You Are Not Your Own (Living as Slaves of Christ)
Sam Storms
The Believer’s Armor
Mike Ratliff
The Myth of Self-Esteem
Mark Loughridge
He Died to Have Her: The Stubborn Love of Definite Atonement
Marshall Segal
Mastered by Matchless Love: The Sweet Experience of Irresistible Grace
Dr Sinclair B Ferguson
The Great Contribution of the Reformation
Michael Reeves
The Wisdom of Restraining our Lips
Lara d’Entremont
Self-Centered Discipleship – A Challenge to Deep Discipleship
Curated Resources
Pastor to Pastor
Nicholas T Batzig
Do All Religions Worship the Same God?
Stephen J Nichols
Why Was the Reformation Necessary?
W Robert Godfrey
Men, Be the Chief Repenters in Your Homes
Dave Jenkins
Dick Lucas (MP3 Resources by Series)
Curated Resources
Types of the Messiah
Jonathan Edwards
3 Distinguishing Characteristics of a True Church
Conrad Mbewe
10 Key Verses on Hardship
ESV Bible
6 Things to Look for in a Pastor
Mark Dever
Try This Simple, Three-Step Maneuver When You’re Hit with a Barrage of Objections
Greg Koukl
The Road Back to Where? A Look at Self Discovery Using the Enneagram
Anne Kennedy
Don't quarrel over opinions but welcome one another
Warren Peel
The Precious Blood of Christ (4-Part MP3 Series)
Dick Lucas
The Intercessory Work of Christ
Robert Letham
The Resurrection of Christ and Salvation
Richard B Gaffin Jr
The Bodily Resurrection of Jesus
Benjamin Shaw
The Baptism of Jesus
Vern S Poythress
Quests for the Historical Jesus
Darrell L Bock
Christ as Mediator: The Offices of Christ
Thomas J Nettles
The Life of Christ
Darrell L Bock