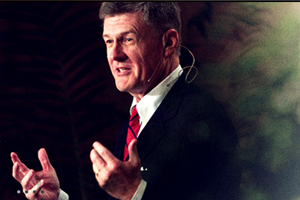 The following sermons were preached in 2018 in the UK.  Dr. Lawson. exemplifies what great preaching is and we highly recommend this group of lectures/sermons.

Dr. Steven J. Lawson is the senior pastor of Christ Fellowship Baptist Church in Mobile, Alabama, having served as a pastor in Arkansas and Alabama for thirty-four years.

Dr. Lawson is the author of numerous books, including  The Cost: What it takes to follow Jesus; The Moment of Truth; The Heroic Boldness of Martin Luther; Philippians For You; The Expository Genius of John Calvin; Foundations of Grace; Pillars of Grace; Psalms, Volume I (Psalms 1-75), Psalms, Volume II (Psalms 76-150), and Job in the Holman Old Testament Commentary Series; Famine in the Land: A Passionate Call to Expository Preaching; Absolutely Sure; Made in Our Image; The Passionate Preaching of Martyn Lloyd-Jones; The Evangelistic Zeal of George Whitefield; and Faith Under Fire. His books have been translated into various languages around the world, including Russian, Portuguese, Spanish, and the Indonesian language.

He has contributed several articles to Bibliotheca Sacra, The Southern Baptist Journal of Theology, Faith and Mission, Decision magazine, and Discipleship Journal, among other journals and magazines.

Dr. Lawson's pulpit ministry takes him around the world, most recently to Russia, Ukraine, Wales, England, Ireland, Germany, and many conferences in the United States, including The Shepherd's Conference and Resolved at Grace Community Church in Sun Valley, California.

Dr. Steven J. Lawson is President and founder of OnePassion Ministries, a ministry designed to equip biblical expositors to bring about a new reformation in the church. Dr. Lawson hosts The Institute for Expository Preaching in cities around the world. Dr. Lawson is also a Teaching Fellow for Ligonier Ministries, where he serves on its board. Moreover, he is Professor of Preaching and oversees the Doctor of Ministry program at The Master’s Seminary, where he also serves on its board.  Further, Dr. Lawson serves as the Executive Editor for Expositor Magazine published by OnePassion Ministries. Dr. Lawson has participated in the Distinguished Scholars Lecture Series at The Master's Seminary, lecturing in 2004 on "Expository Preaching of the Psalms." He also serves on the Advisory Council for Samara Preachers' Institute & Theological Seminary in Samara, Russia.

Dr. Lawson and his wife, Anne, have three sons, Andrew, James, and John, and a daughter, Grace Anne.