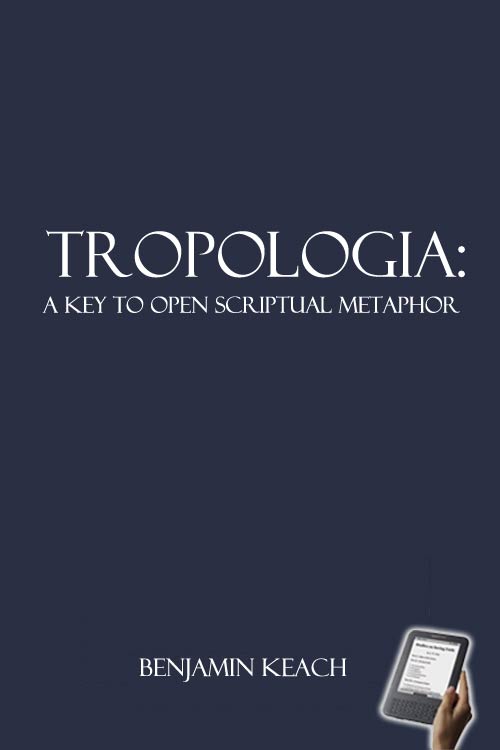 THE divine wisdom treasured up in the Bible, although unadorned with the paint of human eloquence, gives us a rich profusion of a grave, genuine, and majestic dignity of elocution, suitable to those sacred mysteries it unfolds. The best evidence of which is, the taste and experience of that sweetness, which many have found in it. Augustine says, That the Scriptures seemed rude, and unpolished to him, in comparison of Cicero's adorned style, because he did not then understand its Interiora, i.e., inward beauty; but when his mind was illuminated to understand them, no writing appeared so wise or even eloquent. Gregory Nanzianzen, a man of prodigious wit and learning, when he came to take to the study of this sacred philosophy, vilifies all other ornaments of literature amongst the Greek philosophers. And not only Nanzianzen did so, but the learned Paul also. By the very precepts of Rhetoric, which may be one man's eloquence, may be another's folly, because the style must be suited to the various circumstances of persons and things. The lawyer pleads eloquently, and strives to move the affections of others; the judge pronounces the sentence gravely, and the king commands. But if the king persuades, or the judge contends, they throw off the person of a king or judge, and assume the person of a subject and pleader. What then is the law of the King of kings, and Lord of lords? Do we think that Jehovah will use inductions as Plato, syllogisms as Aristotle, epiphonemas as Cicero, subtleties as Seneca, or any artificial syntax? If a royal edict was published in school syllogisms, every wise man would laugh at it. The more plain the word and law of the Almighty is, the more becoming the divine Author and Lawgiver, and profitable for mankind, as more easily understood, and being like bread accommodated to every palate. Yet there is in God's word a peculiar elegance, which even a Homer, or a Cicero's language, when justly compared, is but puerile. The very exordium of the book of Isaias, is a full demonstration of this, to every candid reader. And it may be safely asserted, that considering the method and style, that was thought most convenient by the sovereign Dictator, that the argument which it treats of, and the manner of expression used, no other writing can parallel it. That which is holy is also venerable, and such things need no flourishing illustrations, and because the multitude of readers is promiscuous, it was needful that it should be understood by all, because every, man is concerned to believe and observe it. And hence the scriptures were written in the common language, viz., the Old Testament in Hebrew, the mother-tongue of the Jews, and the New in Greek, which was the most universal language of that time. Here we may note the impiety of such as prohibit translations of it, or keep it from the common people, so as they are not to read God's word, but as the priests please. Blessed be God, we have the scriptures translated in our mother tongue, and it is the duty and interest of every soul to converse with the word of God. Is wisdom and understanding man's most invaluable jewel? Where is he to find it? Let wisdom herself be the guide 'Search the scriptures,' &c. which, as the beloved apostle saith, 'are able to make us wise unto salvation through faith in Jesus Christ,' Joh 5:39. How to obtain it we are elsewhere told, 'We must ask it of God, who giveth liberally, and upbraideth not, and it shall be given to us,' Jas 1:5. It is to be 'Sought for as silver, and searched for as hid treasure,' Pr 2:3. He who sincerely gives himself to prayer and meditation, and resolves to be in the pursuit of this chief of blessings, may assure himself of success, having the promise of a faithful God who cannot lie.

The means are great, and the encouragement great, beyond comparison, it is therefore the interest of every one to converse with the word of God, to obtain a purchase so eminently dignified with the title of Principal Tiling. The scripture is a large field for spiritual employment, and it is obvious to every one's observation, that it abounds with metaphors, allegories, and other tropes and figures of speech. And having a particular inclination to study the nature of metaphors, tropes, and figures, principally for the edification of my hearers, I betook myself to preach upon some metaphors, which, by the aid of divine Goodness, wanted neither success, nor the general satisfaction of my auditory. And having many brief heads of my notes by me, it was judged worthy my time and pains to compile the work before thee; and to render the utility of the work as valuable as I could, I applied for the assistance of men most eminent in piety and literature, and was so happy as to succeed in the application. I must confess my own inability for the undertaking, but the Christian, and candid reader, will cast a veil over human frailties, and accept the will for the deed. As for carpers and censuring critics, that are pleased with nothing but their own performances, such gentlemen are beneath regard. I have met with an objection against my method, viz., that no parallels are to be drawn beyond the scope of the text To which I answer, that I have endeavoured with all diligence, to conform, all my parallels to plain scripture, and the analogy of the orthodox faith. If I go beyond what the scope of a particular text is, yet I agree with the general tenor of God's word.

And as metaphors are terms borrowed from things that have divers properties, as far as they yield parities, or disparities, with the object represented, they may be safely used. As for example, God (in a metaphorical notion) is called a Father; how can a parallel be limited, till you apply all the beneficial properties of a natural father? It is therefore demonstrable to every one, that the volume of God's word abounds with metaphors, allegories, and other tropes and figures of speech. Similitudes or metaphors are borrowed from visible things, to display and illustrate the excellent nature of invisible things. Yea, heavenly things are often called by the very names, that material or earthly things are; which is not to obscure, or hide the meaning of them from us, but to accommodate them to our understanding. God by a gracious suyxlapasis, or condescension, conveys the knowledge of himself, and spiritual things, by preaching them by their respective earthly or terrestrial similitudes. 'If I have told you of earthly things, and ye believe not; how shall ye believe, if I tell you of heavenly things,' Joh 3:12.

The Sacra Philologia, was more particularly designed for the benefit and assistance of young students and ministers. And it is certain, that no class of men have more need of learning than the ministers^of the Gospel, because their employment is of the highest concern, viz., rightly to divide the truth, and therefore that sacred office is not to be intruded into, but by persons duly qualified, and called. And most certain it is, that human literature without grace, has often proved a dangerous enemy to the Christian, religion, and barely considered in itself, gives no right to the exercise of that sacred function, any more than the meanest of mechanical arts. For, as Dr. Carlton, formerly bishop of Chichester, well says, 'That a layman that hath the Spirit of God, is better able to judge of the church, and its members, than a man in ecclesiastical function, that hath not the Spirit of God.'

And Justin Martyr excellently says, 'Infelix est sapientia extra verbum Dei sapere,' So that it is not the formality of academical degrees, nor any philosophical dexterity, which is to be exercised in the things that may be known by the light of natural reason, nor variety of languages, that qualifies a preacher. He that ministers the word, ought principally to experience the grace of God in his own heart, and the power of it, in that grand and evangelical work of regeneration; as also to understand those blessed mysteries of the sacred scriptures, that he may unfold them to others, and have a lawful call, which altogether constitutes, though he never saw a university. This reason was given by the royal Psalmist, 'I have believed, and therefore have I spoken.' His faith being the authority for his prophesying, or preaching; yet I would not be understood to disparage human learning, for it is excellent in its place, when rightly employed. The knowledge of the original languages, in which the scriptures are penned, is of very great utility, that we may converse with that sacred book in its own emphatical and native idiom; so that this kind of literature is good as a handmaid, Hagar-like; but if it must needs be mistress, and usurp authority in the family; if like scoffing Ishmael, it will mock at the Spirit, and the simplicity of the Gospel, let it be cast out. To aid such whose Christian minds incline them to instruct others, when their tender years have lost the education of languages, I should rejoice: But at the same time would strongly recommend them to be indefatigable towards the attainment of the Hebrew and Greek languages.

And Reader, as I have introduced the types into the work, it is necessary to inform thee, that I believe there is a great difference between metaphorical and typical scriptures; yet I flattered myself, that the work, instead of being injured, would be more acceptable thereby. And because some may not readily understand the difference, I will give you the opinion of the learned. 1. Types, suppose the verity of some history, as Jonah's being three days and three nights in the whale's belly. 'When it is applied to Christ in the New Testament, it supposeth such a thing was once done. Allegories have no such supposition, but are as parables, propounded for some mystical end. 2. Types look only to matter of fact, and compare one fact with another, as Christ's being slain, and lying three days in the grave, to Jonah's lying so long in the whales' belly. But allegories take in words, sentences, and doctrines, both of faith and manners. For instance, I will refer you to the marriage of the king's son, as recorded in the twenty-first chapter of Matthew (Mt 21). 3. Types compare persons and facts under the Old Testament, with persons and facts under the New, thus prefiguring another to come. Allegories regard matters in hand, and intend the explaining some mystical sense upon the word, which at present they do not seem to bear. 4. Types are only historical, and the truth of fact agreeing in the antitype, makes them up. But allegories are not intended to clear facts, but to explain doctrines, affect the heart, and convince the conscience. As Nathan made use of a parable to convince David. Hence many learned and judicious persons are of opinion, that allegories and metaphors are more extensive and comprehensive in their meaning, and application than types; though care ought to be had that they are not run beyond the analogy of faith. And now reader, thou mayest perceive that what I have received, I am. willing to communicate. Talents must not be hid in napkins. And that this compilation may bring glory to God, advantage to thee, and to the church of Christ in general, even for ages to come, is, and shall be the constant prayer of him, who is willing to serve thee in the work of the Gospel for Christ's sake.