A Treatise on Nature and Grace, Against Pelagius (eBook) 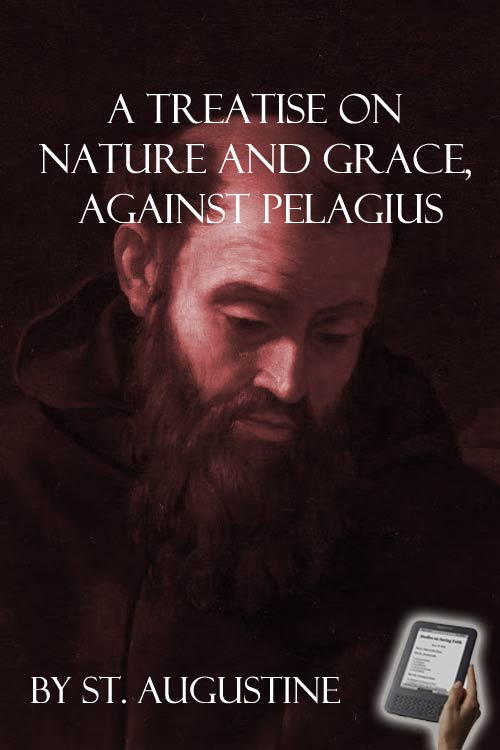 He begins with a statement of what is to be investigated concerning nature and grace; he shows that nature, as propagated from the flesh of the sinful Adam, being no longer what God made it at first,—faultless and sound,—requires the aid of grace, in order that it may be redeemed from the wrath of God and regulated for the perfection of righteousness: that the penal fault of nature leads to a most righteous retribution: whilst grace itself is not rendered to any deserts of ours, but is given gratuitously; and they who are not delivered by it are justly condemned. He afterwards refutes, with answers on every several point, a work by Pelagius, who supports this self-same nature in opposition to grace; among other things especially, in his desire to recommend the opinion that a man can live without sin, he contended that nature had not been weakened and changed by sin; for, otherwise, the matter of sin (which he thinks absurd) would be its punishment, if the sinner were weakened to such a degree that he committed more sin. He goes on to enumerate sundry righteous men both of the Old and of the New Testaments: deeming these to have been free from sin, he alleged the possibility of not sinning to be inherent in man; and this he attributed to God’s grace, on the ground that God is the author of that nature in which is inseparably inherent this possibility of avoiding sin. Towards the end of this treatise there is an examination of sundry extracts from old writers, which Pelagius adduced in support of his views, and expressly from Hilary, Ambrose, and even Augustin himself.

The Occasion of Publishing This Work; What God's Righteousness is.

Faith in Christ Not Necessary to Salvation, If a Man Without It Can Lead a Righteous Life.

Nature Was Created Sound and Whole; It Was Afterwards Corrupted by Sin.

It Was a Matter of Justice that All Should Be Condemned.

The Pelagians Have Very Strong and Active Minds.

He Proceeds to Confute the Work of Pelagius; He Refrains as Yet from Mentioning Pelagius' Name.

A Distinction Drawn by Pelagius Between the Possible and Actual.

Even They Who Were Not Able to Be Justified are Condemned.

He Could Not Be Justified, Who Had Not Heard of the Name of Christ; Rendering the Cross of Christ of None Effect.

In Our Discussions About Grace, We Do Not Speak of that Which Relates to the Constitution of Our Nature, But to Its Restoration.

The Scope and Purpose of the Law's Threatenings; 'Perfect Wayfarers.'

Not Everything [of Doctrinal Truth] is Written in Scripture in So Many Words.

Pelagius Corrupts a Passage of the Apostle James by Adding a Note of Interrogation.

Explanation of This Text Continued.

Who May Be Said to Be in the Flesh.

Sins of Ignorance; To Whom Wisdom is Given by God on Their Requesting It.

What Prayer Pelagius Would Admit to Be Necessary.

Pelagius Denies that Human Nature Has Been Depraved or Corrupted by Sin.

How Our Nature Could Be Vitiated by Sin, Even Though It Be Not a Substance.

Adam Delivered by the Mercy of Christ.

Sin and the Penalty of Sin the Same.

God Forsakes Only Those Who Deserve to Be Forsaken. We are Sufficient of Ourselves to Commit Sin; But Not to Return to the Way of Righteousness. Death is the Punishment, Not the Cause of Sin.

Christ Died of His Own Power and Choice.

Even Evils, Through God's Mercy, are of Use.

The Disposition of Nearly All Who Go Astray. With Some Heretics Our Business Ought Not to Be Disputation, But Prayer.

A Simile to Show that God's Grace is Necessary for Doing Any Good Work Whatever. God Never Forsakes the Justified Man If He Be Not Himself Forsaken.

Sin is Removed by Sin.

The Order and Process of Healing Our Heavenly Physician Does Not Adopt from the Sick Patient, But Derives from Himself. What Cause the Righteous Have for Fearing.

God Forsakes Us to Some Extent that We May Not Grow Proud.

Not Every Sin is Pride. How Pride is the Commencement of Every Sin.

A Man's Sin is His Own, But He Needs Grace for His Cure.

Why God Does Not Immediately Cure Pride Itself. The Secret and Insidious Growth of Pride. Preventing and Subsequent Grace.

Pride Even in Such Things as are Done Aright Must Be Avoided. Free Will is Not Taken Away When Grace is Preached.

Being Wholly Without Sin Does Not Put Man on an Equality with God.

We Must Not Lie, Even for the Sake of Moderation. The Praise of Humility Must Not Be Placed to the Account of Falsehood.

Pelagius Glorifies God as Creator at the Expense of God as Saviour.

Why There is a Record in Scripture of Certain Men's Sins, Recklessness in Sin Accounts It to Be So Much Loss Whenever It Falls Short in Gratifying Lust.

Whether Holy Men Have Died Without Sin.

The Blessed Virgin Mary May Have Lived Without Sin. None of the Saints Besides Her Without Sin.

Why Scripture Has Not Mentioned the Sins of All.

Pelagius Argues that Abel Was Sinless.

Why Cain Has Been by Some Thought to Have Had Children by His Mother Eve. The Sins of Righteous Men. Who Can Be Both Righteous, and Yet Not Without Sin.

Shall We Follow Scripture, or Add to Its Declarations?

For What Pelagius Thought that Christ is Necessary to Us.

How the Term 'All' Is to Be Understood.

A Man Can Be Sinless, But Only by the Help of Grace. In the Saints This Possibility Advances and Keeps Pace with the Realization.

State of the Question Between the Pelagians and the Catholics. Holy Men of Old Saved by the Self-Same Faith in Christ Which We Exercise.

The Whole Discussion is About Grace.

Pelagius Distinguishes Between a Power and Its Use.

There is No Incompatibility Between Necessity and Free Will.

The Assistance of Grace in a Perfect Nature.

It Does Not Detract from God's Almighty Power, that He is Incapable of Either Sinning, or Dying, or Destroying Himself.

In What Sense Pelagius Attributed to God's Grace the Capacity of Not Sinning.

Paul Asserts that the Flesh is Contrary Even in the Baptized.

Concerning What Grace of God is Here Under Discussion. The Ungodly Man, When Dying, is Not Delivered from Concupiscence.

'This Body of Death,' So Called from Its Defect, Not from Its Substance.

The Works, Not the Substance, of the 'Flesh' Opposed to the 'Spirit.'

Who May Be Said to Be Under the Law.

Despite the Devil, Man May, by God's Help, Be Perfected.

Pelagius Puts Nature in the Place of Grace.

Whether Any Man is Without Sin in This Life.

Augustin Replies Against the Quotations Which Pelagius Had Advanced Out of the Catholic Writers. Lactantius.

Hilary. The Pure in Heart Blessed. The Doing and Perfecting of Righteousness.

He Meets Pelagius with Another Passage from Hilary.

Augustin Adduces in Reply Some Other Passages of Ambrose.

A Certain Necessity of Sinning.

Augustin Himself. Two Methods Whereby Sins, Like Diseases, are Guarded Against.

Augustin Quotes Himself on Free Will.

How to Exhort Men to Faith, Repentance, and Advancement.

God Enjoins No Impossibility, Because All Things are Possible and Easy to Love. 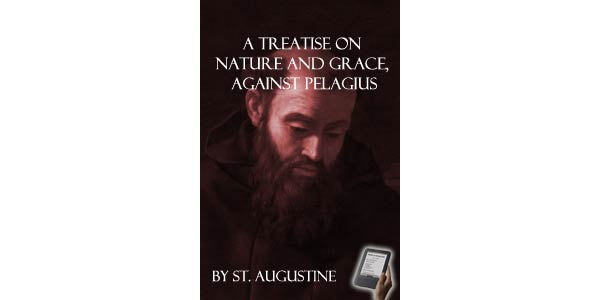