The Secret Key to Heaven
by Thomas Brooks 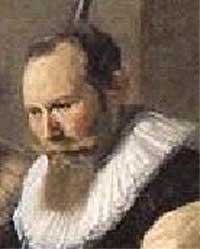 Thomas Brooks was born in 1608. He entered Emmanuel College, Cambridge, in 1625, where such New England Puritans as Thomas Hooker, John Cotton, and Thomas Shepard were also educated, but he appears to have left before graduating. Brooks was ordained as a preacher of the gospel in 1640 and became a chaplain to the parliamentary fleet, serving for some years at sea. That ministry is mentioned in some of his “sea-devotions” as well as his statement: “I have been some years at sea and through grace I can say that I would not exchange my sea experiences for England’s riches.”

After the Civil War, Brooks became minister at the church of St. Thomas the Apostle, Queen Street, London (1648-1651). He was often called to preach before Parliament. In 1652, he became rector of St. Margaret’s, New Fish Street Hill, which was the first church that burned to the ground in the Great Fire of London (1666). Like Thomas Goodwin and John Owen, Brooks preferred the Congregational view of church government. In 1662, he fell victim to the notorious Act of Uniformity. read more....