Meet the Puritans
by Joel R. Beeke and Randall J. Pederson
The Puritans on Conversion
by Samuel Bolton, et. al. 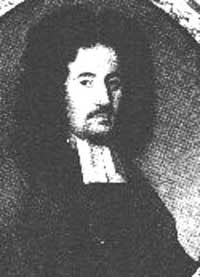 Samuel Bolton was born in London in 1606, was educated at Manchester School, matriculated as a pensioner at Christ’s College, Cambridge, in 1625, and graduated with a Bachelor of Arts degree in 1629 and a Master of Arts in 1632.

Bolton became curate of Harrow, Middlesex, in 1634; minister of St. Martin Ludgate, London, in 1638; and then, in 1641, minister of St. Saviour’s, Southwark. During his ministry there, he was also appointed lecturer at St. Anne and St. Agnes, Aldersgate, and was delegated as a member of the Westminster Assembly.

In 1645, Bolton became master of Christ’s College, Cambridge (1645). Even then, however, he continued to preach regularly in London, especially at St. Andrew’s, Holborn, because “his desire to win souls to Christ by preaching was so great” (Calamy, p. 25). Later, he served as vice-chancellor of Cambridge University (1650-52). read more....