Death of Death
by John Owen 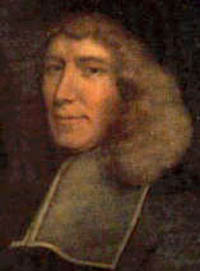 John Owen, called the “prince of the English divines,” “the leading figure among the Congregationalist divines,” “a genius with learning second only to Calvin’s,” and “indisputably the leading proponent of high Calvinism in England in the late seventeenth century,” was born in Stadham (Stadhampton), near Oxford. He was the second son of Henry Owen, the local Puritan vicar. Owen showed godly and scholarly tendencies at an early age. He entered Queen’s College, Oxford, at the age of twelve and studied the classics, mathematics, philosophy, theology, Hebrew, and rabbinical writings. He earned a Bachelor of Arts degree in 1632 and a Master of Arts degree in 1635. Throughout his teen years, young Owen studied eighteen to twenty hours per day.

Pressured to accept Archbishop Laud’s new statutes, Owen left Oxford in 1637. He became a private chaplain and tutor, first for Sir William Dormer of Ascot, then for John Lord Lovelace at Hurley, Berkshire. He worked for Lovelace until 1643. Those years of chaplaincy afforded him much time for study, which God richly blessed. At the age of twenty-six, Owen began a forty-one year writing span that produced more than eighty works. Many of those would become classics and be greatly used by God. read more....