Those Whom Christ Has Redeemed Will Never Come into Condemnation: Argument from the Eighth Chapter of Romans 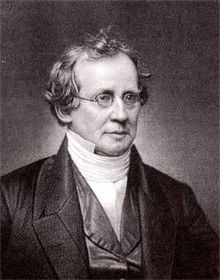 The whole of the eighth chapter of the Epistle to the Romans is designed to prove the certain salvation of all who believe. The proposition to be established is, that there is "no condemnation to them which are in Christ Jesus." That is, they can never perish; they can never be so separated from Christ as to come into condemnation.

The Apostle's first argument to establish that proposition, is, that believers are delivered from the law by the sacrifice of Christ. The believer, therefore, is not under the law which condemns, as Paul had before said (Rom. vi. 14), "Ye are not under the law, but under grace." But if not under the law he cannot be condemned. The law has had its course, and found full satisfaction in the work of Christ, who is the end of the law for righteousness to every one that believeth. He renders every one righteous, in the sight of the law, who believes on Him. This is the first reason which the Apostle gives why those who are in Christ shall never be condemned.

His second argnment is that they have already within them the principle of eternal life. That principle is the Spirit of God; "the life-giving" as He was designated by the ancient Church. To be carnally minded is death. To be spiritually minded is life and peace. Sin is death; holiness is life. It is a contradiction to say that those in whom the Spirit of life dwells, should die. And, therefore, the Apostle says, Although the body dies, the soul lives. And if the Spirit of Him who raised up Jesus from the dead dwell in you, He that raised up Christ from the dead shall also quicken even your mortal bodies by his Spirit that dwelleth in you. The indwelling of the Spirit, therefore, secures not only the life of the soul, but also the ultimate and glorious life of the body.

The fourth argument is from the purpose of God. Those whom He has predestinated to be conformed to the image of his Son, them He calls to the exercise of faith and repentance; and whom He thus calls He justifies, He provides for them and imputes to them a righteousness which satisfies the demands of the law, and which entitles them in Christ and for his sake to eternal life; and those whom He justifies He glorifies. There is no flaw in this chain. If men were predestinated to eternal life on the ground of their repenting and believing through their own strength, or through a cooperation with the grace of God which others fail to exercise, then their continuance in a state of grace might be dependent on themselves. But if faith and repentance are the gifts of God, the results of his effectual vocation, then bestowing those gifts is a revelation of the purpose of God to save those to whom they are given. It is an evidence that God has predestinated them to be conformed to the image of his Son, i. e., to be like Him in character, destiny, and glory, and that He will infallibly carry out his purpose. No one can pluck them out of his hands.

Paul's fifth argument is from the love of God. As stated above, the Apostle argues from the greatness, the freeness, and the immutability of that love that its objects never can be lost. "He that spared not his own Son, but delivered him up for us all, how shall he not with him also freely give us all things." If He has done the greater, will He not do the less? If he gave even his own Son, will He not give us faith to receive and constancy to persevere even unto the end? A love so great as the love of God to his people cannot fail of its object. This love is also gratuitous. It is not founded on the attractiveness of its objects. He loved us "while we were yet sinners;" "when we were enemies." "Much more, then, being now justified by his blood, we shall be saved from wrath through Him. For if, when we were enemies, we were reconciled to God by the death of his Son, much more, being reconciled, we shall be saved by his life." God's love in this aspect is compared to parental love. A mother does not love her child because it is lovely. Her love leads her to do all she can to render it attractive and to keep it so. So the love of God, being in like manner mysterious, unaccountable by anything in its objects, secures his adorning his children with the graces of his Spirit, and arraying them in all the beauty of holiness. It is only the lamentable mistake that God loves us for our goodness, that can lead any one to suppose that his love is dependent on our self-sustained attractiveness, when we should look to his fatherly love as the source of all goodness, and the ground of the assurance that He will not allow Satan or our own evil hearts to destroy the lineaments of his likeness which He has impressed upon our souls. Having loved his own, He loves them to the end. And Christ prays for them that their faith may not fail.

It must be remembered that what the Apostle argues to prove is not merely the certainty of the salvation of those that believe but their certain perseverance in holiness. Salvation in sin, according to Paul's system, is a contradiction in terms. This perseverance in holiness is secured partly by the inward secret unfluence of the Spirit, and partly by all the means adapted to secure that end --instructions, admonitions, exhortations, warnings, the means of grace, and the dispensations of his providence. Having, through love, determined on the end, He has determined on the means for its accomplishment.

The sixth argument of the Apostle is that, as the love of God is infinitely great and altogether gratuitous, it is also immutable, and, therefore, believers shall certainly be saved. Hence the conclusion, "I am persuaded that neither death, nor life, nor angels, nor principalities, nor powers, nor things present, nor things to come, nor height, nor depth, nor any other creature, shall be able to separate us from the love of God, which is in Christ Jesus our Lord."