They Could Not Drive Out the Canaanites 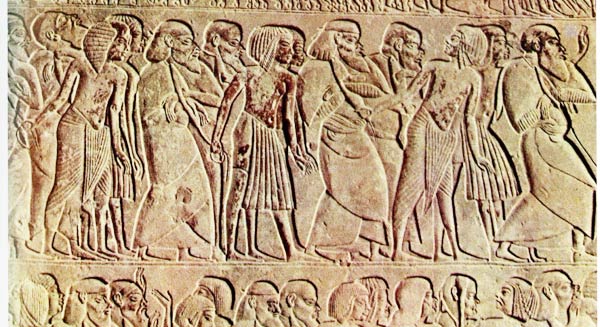 "They could not drive out the Canaanites who continued to live there." Joshua 17:12

Sin is ever abhorrent to a holy God, and distressing to a renewed mind. Can the believer, then, derive any benefit from the sin which he hates, and against which he hourly combats?

These Canaanites in the land, though grievous to the spirit of a true Israelite, as thorns are to his flesh, may be overruled by Infinite Love to teach him many lessons.

These Canaanites remind him of his former condition, of the rock from where he was hewn, and of the hole of the pit from where he was dug; of his natural depravity, wretchedness, and misery, that so, he may loathe himself in his own sight.

These Canaanites constrain him to acknowledge the grace of God in saving him, when he had nothing to expect but fiery indignation and judgment without mercy.

These Canaanites make him distrust him self, through the constant experience of his own weakness in resisting the world, the flesh, and the devil.

These Canaanites cause him to trust altogether in the divine power of his Savior, from the repeated victories which he obtains over indwelling sin, by looking with a single eye to Jesus, the Captain of his salvation.

These Canaanites bring into exercise the graces of faith and patience, courage and self denial, watchfulness and prayer. The weapons of his warfare are not allowed to rust, having daily to fight the good fight of faith.

These Canaanites make him value the blood and righteousness of Christ, which rise in value, in proportion to the true and saving knowledge which he acquires of himself. Thus, the more he is convinced of his sins and imperfections, the more earnestly does he seek after a better righteousness to justify him in the sight of God, even the spotless righteousness of Jesus Christ.

These Canaanites make him long more ardently for the rest which remains for the people of God; for that pure world, where sorrow cannot enter, where indwelling sin will never harass the soul, but where he will forever behold his adorable Redeemer, and be made like him, when he shall see him as he is.

"They could not drive out the Canaanites who continued to live there." Joshua 17:12

From "Christian Meditations" by Thomas Reade