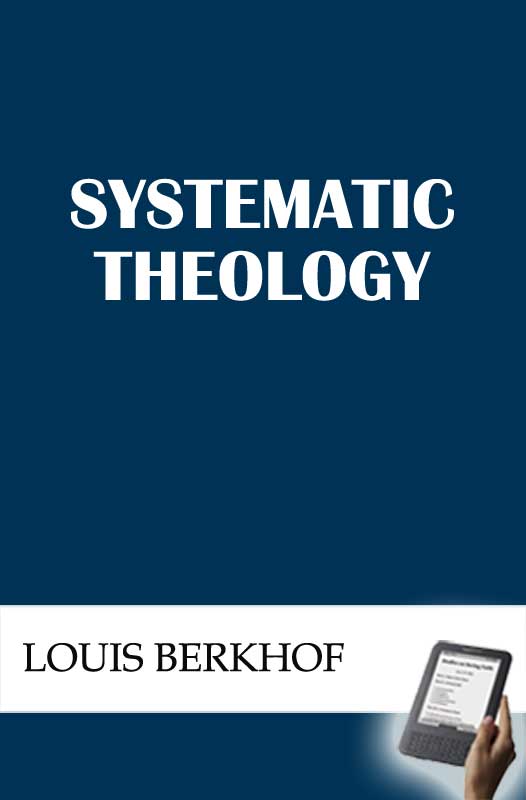 You may also download the separate Introductory Volume to Systematic Theology here.

Professor Berkhof, who was the President of Calvin Seminary and professor of Systematic Theology at the same in the first half of the twentieth century, has given us an excellent compendium of Reformed theological thought in this hefty volume. The subject is treated in the classical style, moving through the Doctrines of God, Man in Relation to God, the Person and Work of Christ, the Application of the Work of Redemption, the Church and the Means of Grace, and the Last Things. For decades, Louis Berkhof’s Systematic Theology has remained one of the most important and widely-used systematic theologies. It provides the clearest and most succinct articulation of Reformed theology. From its first publication in 1932, Berkhof’s work was revised, reprinted, and translated into Chinese, Japanese, Korean, Spanish, and Portuguese, and it had become a standard theological text by 1950. It has gained near-universal use in seminaries and Bible colleges across the world, and is widely cited and used by pastors, theologians, and students of nearly all denominational affiliations.

His Systematic Theology was published in 1932 and revised in 1938. Wayne Grudem has said Berkhof’s Systematic Theology is “a great treasure-house of information and analysis . . . probably the most useful . . . systematic theology available from any theological perspective.” Richard Muller calls it “the best modern English-language introduction to doctrinal theology of the Reformed tradition.”

Berkhof’s loyalty to the well-defined lines of the Reformed Faith, his concise and compact style and his up-to-date treatment have made this work the most important twentieth century compendium of Reformed Theology. ‘The work seemed particularly important to me’, writes the author, ‘in view of the widespread doctrinal indifference of the present day, of the resulting superficiality and confusion in the minds of many professing Christians, of the insidious errors that are zealously propogated even from the pupits, and of the alarming increase of all kinds of sects. If there ever was a time when the Church ought to guard her precious heritage, the deposit of the truth that was entrusted to her acre, that time is now’. 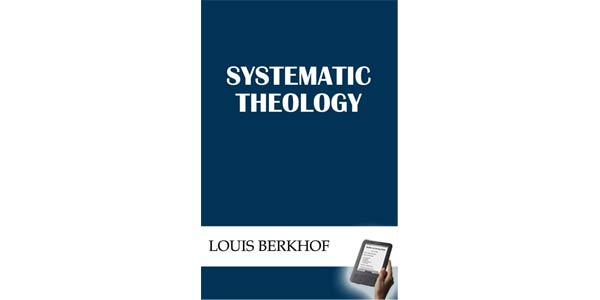 PART ONE: THE DOCTRINE OF GOD

The Being of God

The Works of God

PART TWO: THE DOCTRINE OF MAN IN RELATION TO GOD

Man in His Original State

I. The Origin of Man

II. The Constitutional Nature of Man

III. Man as the Image of God

IV. Man in the Covenant of Works
Man in the State of Sin

I. The Origin of Sin

II. The Essential Character of Sin

III. The Transmission of Sin

IV. Sin in the Life of the Human Race

V. The Punishment of Sin
Man in the Covenant of Grace

I. Name and Concept of the Covenant

II. The Covenant of Redemption

III. Nature of the Covenant of Grace

IV. The Dual Aspect of the Covenant

V. The Different Dispensations of the Covenant

PART THREE: THE DOCTRINE OF THE PERSON AND WORK OF CHRIST

The Person of Christ

I. The Doctrine of Christ in History

II. The Names and Natures of Christ

III. The Unipersonality of Christ
The States of Christ

I. The State of Humiliation

II. The State of Exaltation
The Offices of Christ

I. Introduction: The Prophetic Office

III. The Cause and Necessity of the Atonement

IV. The Nature of the Atonement

V. Divergent Theories of the Atonement

VI. The Purpose and Extent of the Atonement

VII. The Intercessory Work of Christ

PART FOUR: THE DOCTRINE OF THE APPLICATION OF THE WORK OF REDEMPTION

I. Soteriology in General

II. The Operation of the Holy Spirit in General

XI. Perseverance of the Saints

PART FIVE: THE DOCTRINE OF THE CHURCH AND OF THE MEANS OF GRACE

II. Nature of the Church

III. The Government of the Church

IV. The Power of the Church
The Means of Grace

I. The Means of Grace in General

II. The Word as a Means of Grace

III. The Sacraments in General

PART SIX: THE DOCTRINE OF THE LAST THINGS

III. The Immortality of the Soul

I. The Second Coming of Christ

III. The Resurrection of the Dead

Where Would We Be Without TRUTH?
C. R. Carmichael
Why The World’s Dark Business Is Booming
C. R. Carmichael
Man and Woman: A Biblical Systematic Anthropology
Steven Wedgeworth
There is No Faith So Little That It Is Not Saving
Jared Wilson
God’s Plan for Your Discontentment
Nancy Guthrie
Effectual Call — Internal Call (Bible)
Bible Passages
Teach Me!
H.B. Charles Jr.
What is a Christian's Duty to Unjust Government?
Phil Johnson
Infallibility/Inerrancy
B B Warfield
Athanasius (NT Canon/AD 367)
St. Athanasius
Is Jesus Simply a Retelling of the Horus Mythology?
J Warner Wallace
Those Pre-Christian Deities Aren’t Much Like Jesus After All
J Warner Wallace
Is Jesus Simply a Retelling of the Mithras Mythology?
J Warner Wallace
Atheists in Praise of Christianity?
Jonathon Van Maren
What Millennials Don’t Know About Socialism and Communism Will Hurt Them
Gary DeMar
Church Elders Can Help with Your Family Crisis
Chap Bettis
What Is a Covenant?
Keith Mathison
The Discipline of God
Joel R Beeke
Is COVID-19 a Great Opportunity?
Victor Cruz
Turning the Other Cheek
Michael Aitcheson
6 Reasons Why Adam and Eve’s Eating of the Forbidden Fruit Was a Terrible Transgression Against God
Le Ann Trees
A Review of David Bentley Hart’s “That All Shall Be Saved”
Wyatt Graham
The Enslaving "Alternatives" to Christianity
W Robert Godfrey
The Lord Gives and the Lord Takes Away
R C Sproul
Am I Called to be a Pastor?
Dr. John MacArthur
Don’t Waste this Time - Pray for What Matters Most Globally (With a Tribute to Joyce Lin)
Phil Layton
Peacemaking in the Church: Covid-19 and Conscience
Peter John Louie
The Coming Pastoral Crash
John Dobbs
Anderson Cooper and the New Normal
John Stonestreet
Scientism: The Twisted Religion Of Science & Why It’s False
Daniel Currier
Psalms for Troubled Times
William Boekestein
A Believer's Last Day, His Best Day (eBook)
Thomas Brooks
3 Mentalities to Shape Your Parenting
Paul D Tripp
Divided Love Is Idolatry
W Robert Godfrey
Where to Begin: Starting to Explore Christianity
Mark Dever
Why We Don’t See Church as ‘Essential’
BRETT MCCRACKEN
Who Is Representing You—Adam or Jesus?
J V Fesko
God Saves Confused Sinners Who Cannot Save Themselves
Josh Buice
Why I’m religious, not just spiritual
Rev. Jim Witteveen
The World is Not my Parish
Matt Scheffer
Queer Times
Carl Trueman
Under the Rainbow Banner
Darel E. Paul
What Is God Up To?: The Temptation to Overinterpret Suffering
Ed Welch
The Spiritual Man's Aim (eBook)
Richard Sibbes
Why Do We Call Them the “Formal” and “Material” Principles of the Reformation?
Justin Taylor
Help! My Kids Don’t Like Going to Church
Megan Hill
20 Quotes on Christ’s Heart (From the Best Book I’ve Read All Year)
Dane C Ortlund
Recovering the Forgotten Doctrine of Christ’s Ascension
Patrick Schreiner
What is Our Future? (Ezekiel 47:1-12)
Darryl Dash
The Antidote for Despair
David Robertson