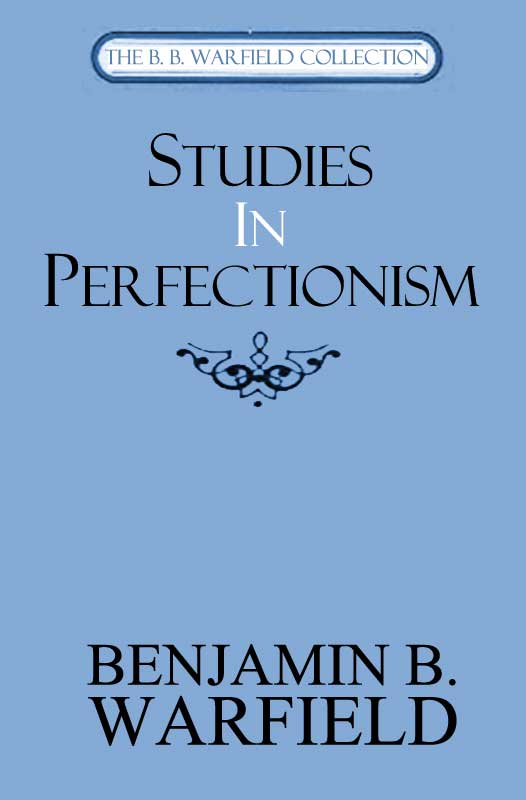 This one thousand page work was taken from the original ten volume series of Warfield works first published by Oxford University Press which has been popular for years as a corpus of his writings. Volume 1 covers German rationalists but this study’s foci is in volume 2 with such men and movements as Asa Mahan, Charles Grandison Finney, Hannah Whitehall Smith, the Oberlin teaching, the Higher Life teaching, the Fellowship movement, Keswick, and the Victorious Life movement, mostly as they appear in English-speaking countries.

Perfectionism is a phenomenon which, if dealing exclusively in the Christian context, has appeared in Catholic, Arminian/Weslyan, Quaker and Quietists circles. It has been most prominently displayed in the Keswick and Victorious Life movement. The predominate theme of Warfield is that sin is under-evaluated and under-appreciated by these perfectionists, and that sin consists of any failure to conform to the law of God. In Warfield’s view, the perfectionists discussed have a theoretical rather than actual perfectionism. Salient arguments and a great deal of vital history make this a most useful book.

“Perfectionism was first given standing in the Protestant churches through the teaching of John Wesley, although he himself never claimed perfection.” Warfield’s initial concern, however, is with the Oberlin College situation and the two men, Asa Mahan and Charles G. Finney, and the development of what is called “Oberlin Theology.” His evalution?—”The cold, Pelagian system of the new divinity has been attached to the engine of fanaticism.” This “New Divinity” emphasis on the ability of man stood in direct opposition to the teachings of Jonathan Edwards which had predominated prior to this time. In its earliest days the Weslyan perfectionistic view took hold at Oberlin. A second stage of the Christian life was called by the different names of “entire sanctification,” “holiness,” Christian perfection,” and sometimes “the baptism of the Holy Ghost.”

Finney’s theological perspective was largely shaped by the Congregationalist N. W. Taylor. A distinctive aspect of this perfectionism is that “what is taught is a perfection that consists in complete righteousness, but in a righteousness which is adjusted to fluctuating ability.”4 A person is not responsible for righteousness beyond what he knows that perfection to be.

Continue to read the this review by Jim Ellif

1. Oberlin Perfectionism
I. The Men and the Beginnings
II. Mahan’s Type of Teaching
III. The Development of the Oberlin Teaching
IV. The Theology of Charles G. Finney
2. John Humphrey Noyes and His “Bible Communists”
I. The Environment
II. The Beginnings
III. The Structure
IV. The Doctrine
3. The Mystical Perfectionism of Thomas Cogswell Upham
I. Upham and His Second Conversion
II. Upham and the Quietists
III. Upham’s Doctrinal Teaching
4. The “Higher Life” Movement
5. “The Victorious Life”