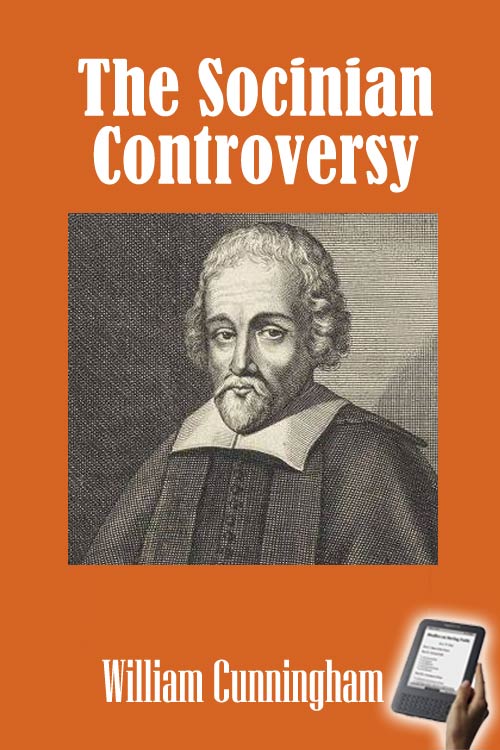 in ePub and .mobi formats

In the rationalistic perversion of the true principles of the Reformation, as to the investigation of divine truth and the interpretation of Scripture, we have the foundation on which Socinianism is based,—namely, the making human reason, or rather men's whole natural faculties and capacities, virtually the test or standard of truth; as if the mind of man was able fully to take in all existences and all their relations, and as if men, on this ground, were entitled to exclude, from what is admitted to be a revelation from God, everything which could not be shown to be altogether accordant with the conclusions of their own understandings, or thoroughly comprehensible by them. In regard to this principle, and the general views of theology, properly so called, which have resulted from its application, it is not always easy to determine whether the application of this peculiar principium theolgiæ produced the peculiar theology, or the peculiar theology, previously adopted from some other cause, or on some other ground, led to the maintenance of the peculiar principium, as the only way by which the theology could be defended. If men had adopted rationalistic principles as their rule or standard in the investigation of divine truth and the interpretation of Scripture, they would certainly bring out, in the application of them, the Socinian system of theology, and yet did not think it altogether safe or expedient to deny the divine origin of the Christian revelation, they must, as a matter of course, be forced to adopt, as their only means of defence, the rationalistic principle of interpretation. These two things must, from the very nature of the case, have always gone hand in hand. They could scarcely, in any case, be separated in the order of time; and it is of no great importance to determine, in particular cases, which may have come first in the order of nature,—which was the cause, and which the effect. Papists allege that Socinianism was one of the consequences of the Reformation,—of the unrestrained and licentious speculations upon religious matters which they ascribe to that important event. The principles on which the Reformers acted, and on which the Reformation was based, were not the causes of, and are not responsible for, the errors and heresies which have sprung up in the Reformed churches. At the same time, it cannot be disputed that the Reformation tended to introduce a state of society, and a general condition of things, which led to a fuller and more prominent development of error, as well as of truth, by giving freedom of thought, and freedom in the expression of opinion. In the Church of Rome, and in countries that are fully under its control, the maintenance of any other errors and heresies than those which that church sanctions, is attened with imminent danger, and leads to sacrifices which few men are disposed to make, even for what they may regard as true.

This was the condition of Christendom before the Reformation. It lay wholly under the domination of a dark and relentless despotism, the tendency and effect of which were, to prevent men from exercising their minds freely upon religious subjects, or at least from giving publicity to any views they might have been led to adopt, different from those which had the civil and ecclesiastical authorities on their side. Wherever the Reformation prevailed, this stat of matters gradually changed. Despotism gave place to liberty. Liberty was sometimes abused, and this lead to licentiousness. But it is not the less true that liberty is preferable to despotism, both as being in itself a more just and righteous condition of things, and as being attended with far greater advantages, and with fewer and smaller evils.