Short Excerpt from Packer's Intro to Luther's Bondage of the Will 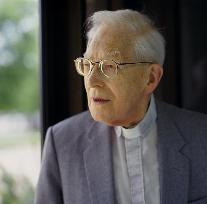 Free will was no academic question to Luther; the whole Gospel of the grace of God, he held, was bound up with it, and stood or fell according to the way one decided it. . . . It is not the part of a true theologian, Luther holds, to be unconcerned, or to pretend to be unconcerned, when the Gospel is in danger. . . . [T]he doctrine of The Bondage of the Will in particular was the cornerstone of the Gospel and the foundation of faith (40-41, emphasis added).In particular, the denial of free will was to Luther the foundation of the Biblical doctrine of grace, and a hearty endorsement of that denial was the first step for anyone who would understand the Gospel and come to faith in God. The man who has not yet practically and experimentally learned the bondage of his will in sin has not yet comprehended any part of the Gospel (44-45). Justification by faith alone is a truth that needs interpretation. The principle of sola fide [by faith alone] is not rightly understood till it is seen as anchored in the broader principle of sola gratia [by grace alone] . . . for to rely on oneself for faith is not different in principle from relying on oneself for works (59). The Bible teaches that faith itself is and has to be a gift of God, by grace, and not of self (Ephesians 2:8). It is safe to deduce that for Luther, any evangelist who advocates free will has not only "not yet comprehended any part of the Gospel," but also that he has not yet preached the Gospel at all; his is a counterfeit gospel.

Those who want to downplay doctrines, that is, truth, might agree with Erasmus. In a letter to Louvain, Erasmus testified of himself, "I for my part would prefer to be deceived in a good many things rather than to fight for the truth in so great a universal tumult" (35). "Christianity, to Erasmus, was essentially morality.. . . Erasmus recognizes no organic dependence of practice upon faith. Peace in the Church was of more value than any doctrine" (43). Does this not sound remarkably like many neo-evangelical churches today–peace at the price of truth?

The opposite was true of Luther: "Christianity was to Luther a dogmatic religion, or it was nothing" (44). Fundamental to upholding a doctrinal Christianity is the upholding of logic. If logic is ignored or denigrated, no doctrine can be known to be true or false. Luther was himself a rigorous logician. In 1508, he lectured in Aristotelian logic at the University of Wittenberg (21). Roland Bainton wrote of Luther, "Reason in the sense of logic he employed to the uttermost limits" (47). At the Diet of Worms in 1521, Luther was ordered to recant his teachings on threat of excommunication. Luther thundered, "Unless I am convinced by Scriptures and plain reason [for Luther, this meant logic], my conscience is captive to the Word of God. I cannot and I will not recant anything. Here I stand, I can do no other!"

Note for Sect. 107.—Two things should be noted regarding the Doctor's response to the Diatribe at this point:

In concluding the Introduction, Packer and Johnston make a stinging but accurate remark:

Much modern Protestantism would be neither owned nor even recognized by the pioneer Reformers. The Bondage of the Will fairly sets before us what they believed about the salvation of lost mankind. In light of it, we are forced to ask whether Protestant Christendom has not tragically sold its birthright between Luther's day and our own. Has not Protestantism today become more Erasmian [and Roman Catholic in theology] than Lutheran [and Reformed]? Do we not too often try to minimize and gloss over doctrinal differences for the sake of inter-party peace? Are we innocent of the doctrinal indifferentism with which Luther charged Erasmus? Do we still believe that doctrine matters [in particular, the doctrine of The Bondage of the Will]? Or do we, with Erasmus, rate a deceptive appearance of unity as of more importance than truth? (59-60). To accept the principles which Martin Luther vindicates in The Bondage of the Will would certainly involve a mental and spiritual revolution for many Christians at the present time. . . . We are compelled to ask ourselves: If Jesus Christ is the same yesterday, today, and forever–is any other position than Luther's possible? Surely no more important or far-reaching question confronts the church today (60-61).

From the introduction to Bondage of the Will by Martin Luther