Samuel Rutherford and Some of His Correspondents (eBook) 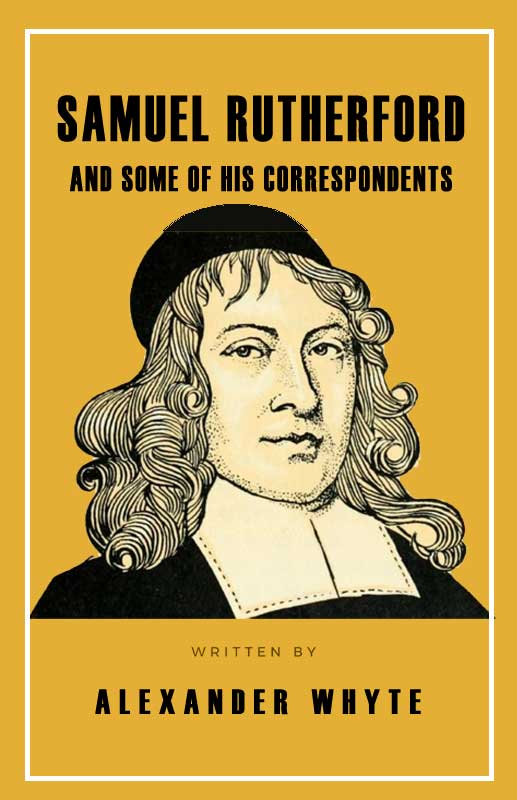 Rev Alexander Whyte was a Scottish divine. He was born at Kirriemuir in Forfarshire and educated at the University of Aberdeen and at New College, Edinburgh.

Samuel Rutherford (1600-1661) was a Scottish Presbyterian theologian and author. He was one of the Scottish Commissioners to the Westminster Assembly. Born in the village of Nisbet, Roxburghshire, Rutherford was educated at Edinburgh University, where he became in 1623 Regent of Humanity (Professor of Latin). In 1627 he was settled as minister of Anwoth in Galloway, from where he was banished to Aberdeen for nonconformity. His patron in Galloway was John Gordon, 1st Viscount of Kenmure. On the re-establishment of Presbytery in 1638 he was made Professor of Divinity at St. Andrews, and in 1651 Rector of St. Mary's College there. At the Restoration he was deprived of all his offices.

Not only should you read Whyte’s classic work on Rutherford’s letters, but then you ought to to read Rutherford's Letters, which may drastically impact the trajectory of your spiritual life. Moreover, through Whyte, and then incidentally, Rutherford, it may open your eyes to other Puritans; and thus, your journey to understand the Puritans.

II. SAMUEL RUTHERFORD AND SOME OF HIS EXTREMES

XXIV. THE PARISHIONERS OF KILMACOLM