The Remarkable Jealously Which the Apostle Has for This Doctrine 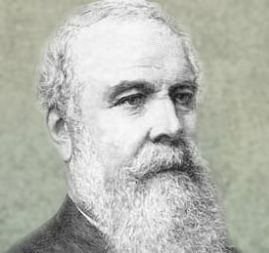 “Now when Peter had come to Antioch, I withstood him to his face, because he was to be blamed; for before certain men came from James, he would eat with the Gentiles; but when they came, he withdrew and separated himself, fearing those who were of the circumcision. And the rest of the Jews also played the hypocrite with him, so that even Barnabas was carried away with their hypocrisy.

There is no doctrine about which we ought to be so jealous as justification by faith without the deeds of the law.

The proof of this lesson stands out most prominently in the passage of Scripture which heads this paper. What one article of the faith had the Apostle Peter denied at Antioch? None.—What doctrine had he publicly preached which was false? None.—What, then, had he done? He had done this. After once keeping company with the believing Gentiles as “fellow-heirs and partakers of the promise of Christ in the Gospel” (Ephes. iii. 6), he suddenly became shy of them and withdrew himself. He seemed to think they were less holy and acceptable to God than the circumcised Jews. He seemed to imply, that the believing Gentiles were in a lower state than they who had kept the ceremonies of the law of Moses. He seemed, in a word, to add something to simple faith as needful to give man an interest in Jesus Christ. He seemed to reply to the question, “What shall I do to be saved?” not merely ” Believe on the Lord Jesus Christ,” but “Believe on the Lord Jesus Christ, and be circumcised, and keep the ceremonies of the law.”

Such conduct as this the Apostle Paul would not endure for a moment. Nothing so moved him as the idea of adding anything to the Gospel of Christ. “I withstood him,” he says, “to the face.” He not only rebuked him, but he recorded the whole transaction fully, when by inspiration of the Spirit he wrote the Epistle to the Galatians.

I invite special attention to this point. I ask men to observe the remarkable jealousy which the Apostle Paul shows about this doctrine, and to consider the point about which such a stir was made. Let us mark in this passage of Scripture the immense importance of justification by faith without the deeds of the law. Let us learn here what mighty reasons the Reformers of the Church of England had for calling it, in our eleventh Article, “a most wholesome doctrine and very full of comfort.”

(a) This is the doctrine which is essentially necessary to our own personal comfort. No man on earth is a real child of God, and a saved soul, till he sees and receives salvation by faith in Christ Jesus. No man will ever have solid peace and true assurance, until he embraces with all his heart the doctrine that “we are accounted righteous before God for the merit of our Lord Jesus Christ, by faith, and not for our own works and deservings.” One reason, I believe, why so many professors in this day are tossed to and fro, enjoy little comfort, and feel little peace, is their ignorance on this point. They do not see clearly justification by faith without the deeds of the law.

(b) This is the doctrine which the great enemy of souls hates, and labours to overthrow. He knows that it turned the world upside down at the first beginning of the Gospel, in the days of the Apostles. He knows that it turned the world upside down again at the time of the Reformation. He is therefore always tempting men to reject it. He is always trying to seduce Churches and ministers to deny or obscure its truth. No wonder that the Council of Trent directed its chief attack against this doctrine, and pronounced it accursed and heretical. No wonder that many who think themselves learned in these days denounce the doctrine as theological jargon, and say that all “earnest-minded people” are justified by Christ, whether they have faith or not! The plain truth is that the doctrine is all gall and wormwood to unconverted hearts. It just meets the wants of the awakened soul. But the proud unhumbled man who knows not his own sin, and sees not his own weakness, cannot receive its truth.

(c) This is the doctrine, the absence of which accounts for half the errors of the Roman Catholic Church. The beginning of half the unscriptural doctrines of Popery may be traced up to rejection of justification by faith. No Romish teacher, if he is faithful to his Church, can say to an anxious sinner, “Believe on the Lord Jesus Christ and thou shalt be saved.” He cannot do it without additions and explanations, which completely destroy the good news. He dare not give the Gospel medicine, without adding something which destroys its efficacy, and neutralizes its power. Purgatory, penance, priestly absolution, the intercession of saints, the worship of the Virgin, and many other man-made services of popery, all spring from this source. They are all rotten props to support weary consciences. But they are rendered necessary by the denial of justification by faith.

(d) This is the doctrine which is absolutely essential to a ministers success among his people. Obscurity on this point spoils all. Absence of clear statements about justification will prevent the utmost zeal doing good. There may be much that is pleasing and nice in a minister’s sermons, much about Christ and sacramental union with Him,—much about self-denial,—much about humility,— much about charity. But all this will profit little, if his trumpet gives an uncertain sound about justification by faith without the deeds of the law.

(e) This is the doctrine which is absolutely essential to the prosperity of a Church. No Church is really in a healthy state, in which this doctrine is not prominently brought forward. A Church may have good forms and regularly ordained ministers, and the Sacraments properly administered, but a Church will not see conversion of souls going on under its pulpits, when this doctrine is not plainly preached. Its schools may be found in every parish. Its ecclesiastical buildings may strike the eye all over the land. But there will be no blessing from God on that Church, unless justification by faith is proclaimed from its pulpits. Sooner or later its candlestick will be taken away.

Let us always beware of any teaching which either directly or indirectly obscures justification by faith. All religious systems which put anything between the heavy laden sinner and Jesus Christ the Saviour, except simple faith, are dangerous and unscriptural…Whenever we hear teaching which obscures or contradicts justification by faith, we may be sure there is a screw loose somewhere. We should watch against such teaching, and be upon our guard. Once let a man get wrong about justification, and he will bid a long farewell to comfort, to peace, to lively hope, to anything like assurance in his Christianity. An error here is a worm at the root.

Augustine, Aurelius - Bishop of Hippo 354-430 (Works)
St Augustine
The Grace and Duty of Being Spiritually Minded - Modernized (eBook)
John Owen
The Method of Grace
George Whitefield
Ransomed! - The Bible's Teaching on Redemption (3-Part MP3 Series)
Dick Lucas
The Precious Blood of Christ (4-Part MP3 Series)
Dick Lucas
I Want to be an Intercessor (MP3 Series)
Dick Lucas
Ruin and Redemption (.pdf)
Jay Todd
An Introduction to Covenant Theology
Jay Todd
Postimillennialism: An Exposition and Critique
Dean Davis
Through Baca's Vale: Daily Words for Zion's Wayfarers (eBook)
J C Philpot
10 Issues the Gospel Solved in the Corinthian Church
Andy Naselli
4 Ways Christians Can Navigate Cultural Confusion around Gender in the Coming Decade
Carl Trueman
Communicable Attributes: What Is the Mercy of God?
Persis Lorenti
Injustice and Social Justice
William P. Farley
Communicable Attributes: Grace: Its Scope and Effectiveness
David Smith
The Great Reset and the Rise of the Radical Technocrats
Bill Muehlenberg
What Is the Basis For Equal Rights?
Greg Koukl
Thirty-one Meditations on Christ (eBook)
Robert Hawker
Thirty-One Meditations on the Gospel (eBook)
Robert Hawker
The Eschatology of the New Testament (eBook)
Geerhardus Vos
Keep your heart with all vigilance - Proverbs 4:23
H.B. Charles Jr.
Book Review: The Rise and Triumph of the Modern Self: Cultural Amnesia, Expressive Individualism, and the Road to Sexual Revolution
Bobby Jamieson
Is the Book of James Really Christian?
Michael J Kruger
Forgetful Believers
Tom Ascol
Creeds, Confessions and Cage Stagers
J V Fesko
Holiness: Its Nature, Hindrances, Difficulties, and Roots (ebook)
J C Ryle
The Goal of Theology
Keith Mathison
Hesed
Ligonier Ministries
Faith Alone
J V Fesko
Science Confirms Biblical Creation
Jason Lisle
God Never Sweats it: Impassibility
Stephen Unthank
What Do I Do during the Lord’s Supper?
Aaron L. Garriott
JRR Tolkien On The Danger Of Centralized Political Power
Zachary Yost
Love for the Lord's Day
Joel R Beeke
Abortion’s grisly centennial
World Magazine
A Direct Threat to Christian Education
Albert Mohler
How Christians Survived Communism in Europe
Rod Dreher
How ‘Evangelical’ Is The Evangelical Movement?
Dr. John MacArthur
The Lamb of God
B B Warfield
The Glorified Christ
B B Warfield
Why the Lord Suffereth Sin to Remain in the Regenerate?
Thomas Boston
Where hath Sin its Lodging Place in the Regenerate?
Thomas Boston
Your Citizenship Isn’t In America
Samuel Sey
How the 2020 Presidential Election Helps Us Understand the Formation of the New Testament Canon
Michael J Kruger
Is Jeremiah 29:11 a Promise for Us Today?
Wyatt Graham
‘My Mind Is Made Up!’
Bill Muehlenberg
How to Talk about God in a Skeptical Age
Joshua D. Chatraw
The Rise and Triumph of the Modern Self
Carl Trueman
Podcast: Making Sense of Transgenderism and the Sexual Revolution (MP3)
Carl Trueman
A Mistake Christians Make regarding the LGBTQ+ Movement
Carl Trueman