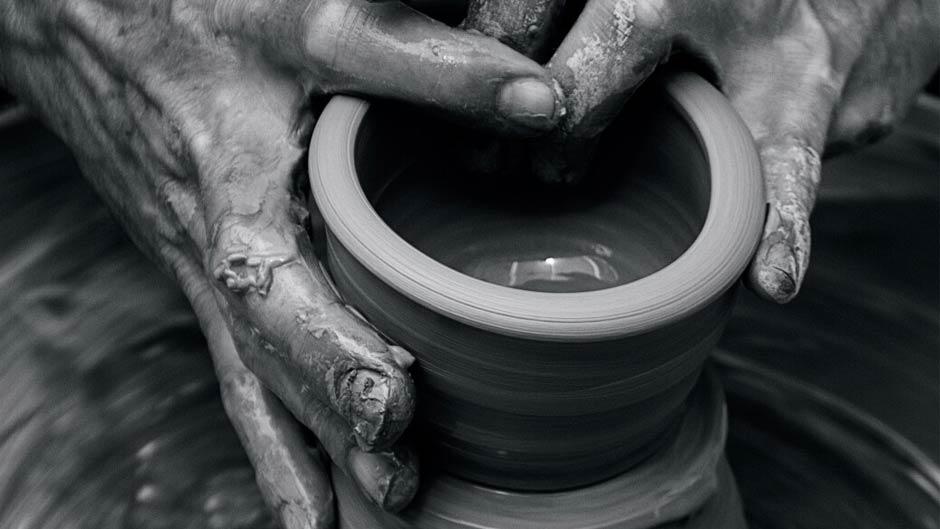 For the Scripture says to Pharaoh, “For this very purpose I raised you up, to demonstrate My power in you, and that My name might be proclaimed throughout the whole earth.” So then He has mercy on whom He desires, and He hardens whom He desires. Romans 9:17-18)

The example of Pharoah was well known to any person familiar with the Old Testament. God destroyed the Egyptian nation by plagues so as to demonstrate His might and power in the earth, and key to this demonstration was the hardening of Pharoah's heart. Before Moses had met with Pharoah the first time God told him:

When you go back to Egypt see that you perform before Pharaoh all the wonders which I have put in your power; but I will harden his heart so that he will not let the people go. (Exodus 4:21)

It was God's intention to bring His wrath upon the Egyptians. God's actions were not "forced" by the stubborn will of the Egyptian leader. God said He would harden Pharoah's heart, and He did. Listen to the impudent response of this pagan idolater to the command of Moses:

And afterward Moses and Aaron came and said to Pharoah, "Thus says the LORD, the God of Israel, 'Let My people go that they may celebrate a feast to Me in the wilderness.'" But Pharoah said, "Who is the LORD that I should obey His voice to let Israel go?" (Exodus 5:1-2)

Is this not what God said He would do? Will someone suggest that Pharoah's heart is "soft" here? No indeed, and Moses well knew that God was behind this for when the Pharoah then increased the work load of the Israelites, Moses complained to God in Exodus 5:22. Why complain to God if, in fact, God had nothing to do with it and it was all just a matter of the Pharoah's "free will choice"?

This provides the background of Paul's citation of Exodus 9:16. The portion of truth that here stings the pride of man is this: it is more important that God's name is magnified and His power made known than it is that any single man get to "do his own thing." Pharoah was surely never forced to do anything sinful (indeed, God probably kept him from committing many a sinful deed). He acted on the desires of his wicked heart at all times. But he is but a pot, a creature, not the Potter. He was formed and made and brought into existence to serve the Potter's purposes, not his own. He is but a servant, one chosen, in fact, for destruction. His destruction, and the process that led up to it (including all the plagues upon Egypt), were part of God's plan. There is simply no other way to understand these words.

Paul then combines the fact that God showed undeserved compassion and mercy to Moses (Exodus 33) with God's hardening of Pharoah's heart (Exodus 5) and concludes that whether one is "mercied" or "hardened" is completely, inalterably, and utterly up to God. The verbs here are active: God performs these actions. He "mercies" whom He wills and He hardens whom He wills. The parallel between "mercy" and "hardening" is inarguable. We may like the "mercying" part more than the hardening, but they are both equally a part of the same truth. Reject one and you reject them both. There is no such thing as preaching God's mercy without preaching God's judgment, at least according to Scripture.

The passage reaches a crescendo in these final verses:

You will say to me then, “Why does He still find fault? For who resists His will?” On the contrary, who are you, O man, who answers back to God? The thing molded will not say to the molder, “Why did you make me like this,” will it? (Romans 9:19-20)

Paul knew well the objections man presents to the words he had just penned. If God has mercy solely based on His good pleasure, and if God hardens Pharoah on the same basis, all His own glory and honor, how can God hold men accountable for their actions, for who resists His will? Paul's response is swift and devastating: Yes, indeed God holds man accountable, and He can do so because He is the potter, the one who molds and creates, while man is but the "thing molded." For a pot to question the Potter is absurd. These words cannot be understood separately from the fundamental understanding of the freedom of the Sovereign Creator and the ontological creatureliness of man that removes from him any ground of complaint against God. Though already devastatingly clear, Paul makes sure there is no doubt left as to his point:

Or does not the potter have a right over the clay, to make from the same lump one vessel for honorable use and another for common use? What if God, although willing to demonstrate His wrath and to make His power known, endured with much patience vessels of wrath prepared for destruction? And He did so to make known the riches of His glory upon vessels of mercy, which He prepared beforehand for glory, even us, whom He also called, not from among Jews only, but also from among Gentiles. (Romans 9:21-24)

The Potter's freedom pulses through these words, flowing inexorably into the sea of sovereignty, rushing any would-be proponent of free will out of its path. God has the perfect right to do with His creation (including men) as He wishes, just as the Potter has utter sovereignty over the clay. Just as God had demonstrated His wrath and power by wasting idolatrous Egypt, so too He demonstrates He wrath upon "vessels of wrath prepared for destruction." Are these nations? Classes? No, these are sinners upon whom God's wrath comes. They are said to have been specifically "prepared for destruction." That is their purpose.