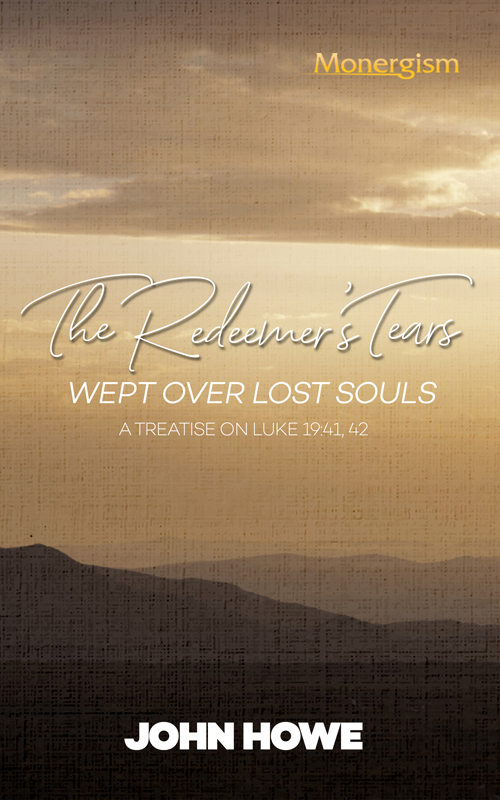 WITH AN APPENDIX, WHEREIN SOMEWHAT IS OCCASIONALLY DISCOURSED, CONCERNING THE BLASPHEMY AGAINST THE HOLY GHOST, AND HOW GOD IS SAID TO WILL THE SALVATION OF THEM THAT PERISH

"And when he was come near, he beheld the city, and wept over it, saying, If thou hadst known, even thou, at least in this thy day, the things which belong unto thy peace! but now they are hid from thine eyes." - LUKE 19:41, 42

WE have here a compassionate lamentation in the midst of a solemn triumph. Our Lord's approach unto Jerusalem at this time, and his entrance into it (as the foregoing history shows) carried with them some face of regal and triumphal pomp, but with such allays as discovered a mind most remote from ostentation, and led by judgment, (not vain glory) to transmit through a dark umbrage some glimmerings only of that excellent majesty which both his sonship and his mediatorship entitled him unto; a very modest and mean specimen of his true indubious royalty and kingly state; such as might rather intimate than plainly declare it, and rather afford an after instruction to teachable minds, than beget a present conviction and dread in the stupidly obstinate and unteachable. And this effect we find it had, as is observed by another evangelical historian, who, relating the same matter, how in his passage to Jerusalem the people met him with branches of palm-trees, and joyful hosannas, he riding upon an ass's colt (as princes or judges, to signify meekness as much as state, were wont to do, Judges 5:10,) tells us, "These things his disciples understood not at the first: but when Jesus was glorified, then remembered they that these things were written of him, and that they had done these things unto him." John 12:16. For great regard was had in this, as in all the acts of his life and ministry, to that last and conclusive part, his dying a sacrifice upon the cross for the sins of men; to observe all along that mediocrity, and steer that middle course between obscurity and a terrifying, overpowering glory, that this solemn oblation of himself might neither be prevented, nor be disregarded. Agreeably to this design, and the rest of his course, he doth, in this solemnity, rather discover his royal state and dignity by a dark emblem, than by an express representation; and shows in it more of meekness and humility, than of awful majesty and magnificence; as was formerly predicted, (Zech. 9:9,) "Rejoice greatly, O daughter of Zion; shout, O daughter of Jerusalem: behold, thy king cometh unto thee; he is just, and having salvation, lowly, and riding upon an ass, and upon a colt, the foal of an ass."