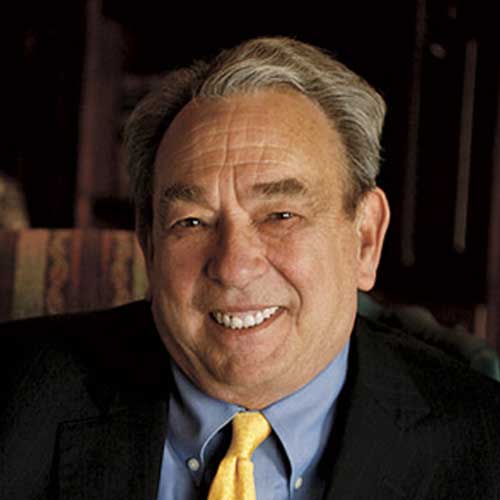 In this series, Dr. R.C. Sproul discusses key Scriptural texts that deal with the doctrine of predestination and addresses common objections to it. Exploring what the word means and how it differs from foreknowledge, he applies vital truth about God’s sovereignty, grace, justice, and mercy to help us grasp the sweetness of God’s choice in election.

The Inevitable Question (MP3)
Would it be an exaggeration to say that the doctrine of predestination is at the core of the Christian faith? Sooner or later, Christians have to talk about it. If we ignore it, then we neglect the teaching of Sacred Scripture. If you look in any English Bible, you will find a word that causes more controversy than perhaps any other. The word is predestined. Even as you hear that word spoken, you may be experiencing a number of different emotions based on past conversations, or your own private contemplations of the subject. The topic might be closed for discussion. You may have heard two or three different explanations of predestination, and could not decide which one the Bible actually teaches. Frustration might be your number one feeling when you hear that word.

The Golden Chain  (MP3)
Will all who are called by God be justified? Are all who are called predestined to be glorified? Perhaps you believe that God looks down the corridor of time and sees all that will choose him, and based on that choice, God then predestines people. This extremely quick summary is known as the Prescient view of election, or more commonly known as the foreknowledge view. If that is the view you hold to, then you stand with the majority. The favored scripture passage to defend this position is Romans 8:29 where we find what is known in theology as the Golden Chain. Foreknowledge, predestination, calling, justification, and glorification are the highlighted links to that chain in this passage.

The Divine Choice (MP3)
Why are you a Christian? Is it because you chose to be one? Would it be wrong if God chose for you? The controversy over the doctrine of predestination will one day be settled. When that day comes, all Christians will know exactly what God’s perfect plan of redemption was and how he carried it out. When the dust settles, all of God’s people will finally be in perfect agreement. Until then, there are many things that need to be settled with regards to the doctrines of grace.

Justice, Mercy and Grace (MP3)
If you think God owes people mercy, you’re no longer thinking about mercy. When we talk about someone owing someone else, we are talking about indebtedness, or obligation. Everyone who has ever lived knows something about that. Either we owe someone or someone owes us. When we are the ones in debt, mercy and grace are very appealing concepts. When someone owes us, those concepts lose some of their luster and justice becomes more appealing. Our fallen human nature has a way of tilting the scales on our behalf. What does the sovereign God of the universe owe you?

For His Good Pleasure (MP3)
Children are curious creatures. Before you are done answering one question, the next one is already escaping their lips. And as soon as they ask “why?,” you are forced down a road of infinite regress. It seems they can ask why a thousand times and never exhaust it. But it must end somewhere. Asking “why?” is a question of purpose, reason, and cause. When we consider the purpose, reason, and cause of our salvation, our curiosity should find full satisfaction. So why did God save you? For the persistent, the question of why does have a final answer.

The Certainty of Salvation (MP3)
God’s grace is what makes salvation possible. Christians agree that man cannot save himself. God’s grace is paramount in the plan of salvation. But exactly how much grace is needed? How much does God have to do to save a man’s soul? How much does man have to do to receive that grace? There are a number of different answers out there. Before we talk about how much God does, we need to figure out what man is able to do. Once that is established then we can have a better understanding of the nature of grace. Wisdom requires that we investigate what others before us have found as they studied the doctrines of grace. Teachers like Calvin, Luther, and the great Augustine have devoted their lives to these things with much avail. But who better than Jesus Himself to tell us about the fallen nature of man and his limitations concerning the Kingdom of God.

The Other Side of the Coin (MP3)
Many have heard it said before that the God of Calvinism drags people into heaven as they are kicking and screaming, while others who really want to go to heaven are sent to hell. Like many false teachings, this distorted view continues to make its rounds throughout the church. Certainly that kind of portrait of God does not fit the biblical one, nor does it resemble the Calvinistic view of God. In our natural fallen condition, our “choices proceed from a heart gripped in bondage to sin.” But we know that many people are set free from that bondage, while many others are not. So if God did predestinate some people to go to heaven—as the Calvinists describe—then shouldn’t it follow that God predestined the others to go to hell? Is there such a doctrine known as double-predestination?

Beautiful Feet (MP3)
If God has already predestined who will be saved, then why evangelize? There are those who say that the Augustinian or Calvinistic view of predestination is one of those doctrines that nullifies the Great Commission and causes apathy in the church—that if predestination were true, then there is no need to evangelize or do missions. The mission is clear. In Matthew chapter twenty-eight, we find where Jesus gave His apostles the Great Commission. They were to “Go, and make disciples of all nations.” In Acts chapter one, He echoes that command to the apostles in greater detail, saying that they would be His witnesses in Judea, Jerusalem, Samaria, and to the end of the earth. And here we are today, two thousand years later, looking back on what the Lord has accomplished through the preaching of the gospel. We can also look back and see many things that the church has done to hinder the proclamation of the good news.

Questions & Answers About Predestination (MP3)
The doctrine of predestination is unquestionably a controversial one. In this final message, Dr. R.C. Sproul Jr. joins Dr. Sproul to explore further implications of this doctrine, and also deal with how we are to understand this doctrine as it relates to infants, God’s glory in judgment, and more.