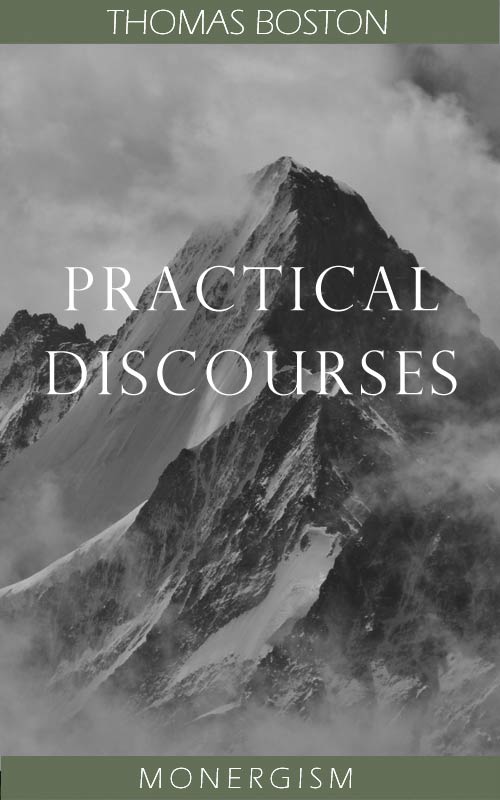 It is hoped, the publication of them now may be for the edification of the church of Christ. The Sermons are also taken in his own notes, prepared for the pulpit only; and therefore they are not so full as, doubtless, they would have been, had he prepared them for the press. But though these volumes labour under the disadvantages which commonly attend posthumous works, there is ground to hope they may, through the divine blessing, be of singular use to the people of God.

THE NECESSITY OF SELF-DENIAL - LUKE 9:23

THE NECESSITY OF PRAYING ALWAYS, AND NOT FAINTING - LUKE 18:1

THE HAPPY ISSUE OF PRAYING ALWAYS AND NOT FAINTING - LUKE 18:8

THE STRENGTH OF CHRIST ILLUSTRATED IN THE WEAKNESS OF HIS PEOPLE. - 2 COR. 12:9

THE NECESSITY OF REPENTANCE - LUKE 13:5

THE EXTRAORDINARY CASE OF THE THIEF ON THE CROSS NO ARGUMENT FOR DELAYING REPENTANCE - LUKE 23:42

GOD'S DELAY OF EXECUTING THE SENTENCE OF CONDEMNATION AGAINST UNGODLY MEN OFTEN MISERABLY ABUSED BY THEM - ECCL. 8:11

THE SINFULNESS AND HAZARD OF A PROFESSION OF RELIGION WITHOUT A CORRESPONDING PRACTICE - LUKE 6:46

THE MYSTERY OF SANCTIFICATION BY CHRIST OPENED UP - JOHN 13:8

Gender Questions Should Send Us to Scripture
Thomas Schreine
What Was the Downgrade Controversy Actually All About?
Curated Resources
The Importance of Gathering for Worship
Jon Payne
How to Read Genesis Theologically
Craig Carter
God’s Two Kingdoms
Scott Aniol
The Problem of Moral Evil: Calvinism vs. Molinism
Robin Schumacher
The Phinehas Option: A Pastoral call to Vigilance against Sexual Immorality
Joshua Jenkins
The Bible and Witchcraft
Bill Muehlenberg
The Sorry State of Evangelical Rhetoric
Stephen Wolfe
Preparing Our Children for Babylon
Ligonier Ministries
Who in the world am I preaching to?
Andrew Roycroft
“A Hedging and Fencing”: How Charles Spurgeon Promoted Meaningful Membership
Geoff Chang
Shall We Know One Another
J C Ryle
A Discourse of Christ our Passover (eBook)
Stephen Charnock
15 Quotes from Thomas Watson on Repentance
Thomas Watson
What Happens to Your Soul When You Die?
Kim Riddlebarger
Ligonier 2021 Detroit Conference: Blessed in Christ
W Robert Godfrey, Stephen J Nichols, Burk Parsons, Michael Reeves, Derek Thomas
Who Is the Suffering Servant in Isaiah 53?
Curated Resources
A Written Presentation of the Gospel of Jesus Christ
Dale Partridge
If God Predestines People, Why Evangelize?
Dale Partridge
The Critical Differences Between Calvinism and Arminianism
Dale Partridge
The Puritans and the Old Paths of Christian Piety
Joel R Beeke
Extraordinary Prayer for the Revival of Religion (eBook)
Jonathan Edwards
Coram Deo
Ligonier Ministries
The Function of Perichoresis & the Divine Incomprehensibility
Lane G Tipton
Doctrine of Trinitarian Perichoresis
Curated Resources
Theological Primer: Perichoresis
Kevin DeYoung
What Is Indwelling Sin?
Daniel B. Miller
Adoniram Judson: A Missionary of the Apostolic School (eBook)
Horatius Bonar
Reformed Doctrinal Distinctives
Greg Bahnsen
The Historical Setting of the Writing of Revelation
Greg Bahnsen
Hermeneutics in the Book of Revelation
Greg Bahnsen
What does it mean to “lean not on your own understanding”?
Jesse Johnson
Genesis, Exodus, Isaiah . . . Oh My!—Practical Help for Preaching Longer Books
Nine Marks
Sovereignty and Everyday Life
J Paul Tanner
Transgender or Pretendgender?
Jeffrey Stivason
Men: A Plan for Simple but Hard Discipleship
David E Prince
Revelation and the End of All Things
Bill Muehlenberg
Eternal Punishment (eBook)
A W Pink
The Glory of the Redeemer (eBook)
Octavius Winslow
Is Deconstruction the Same as Deconversion? A Few Reflections on Reforming the Church
Michael J Kruger
How Reformed Theology Is Changing Latinos in Chicago
Curated Resources
The Necessity of Justification
Dr Michael S Horton
Most Men Don’t Have Real Friends (But Need Them)
John Stonestreet
The Historical Adam – Part 8: Closing Remarks
Jason Lisle
The Historical Adam – Part 7: New Testament References
Jason Lisle
The Historical Adam – Part 5: Textual Considerations
Jason Lisle
The Historical Adam – Part 6: Truth vs. Truth-in-Story
Jason Lisle
The Biggest Disruption to Human Life We Have Ever Seen
Gene Veith
Paul and His Roman Constitutional Rights
Chris Gordon