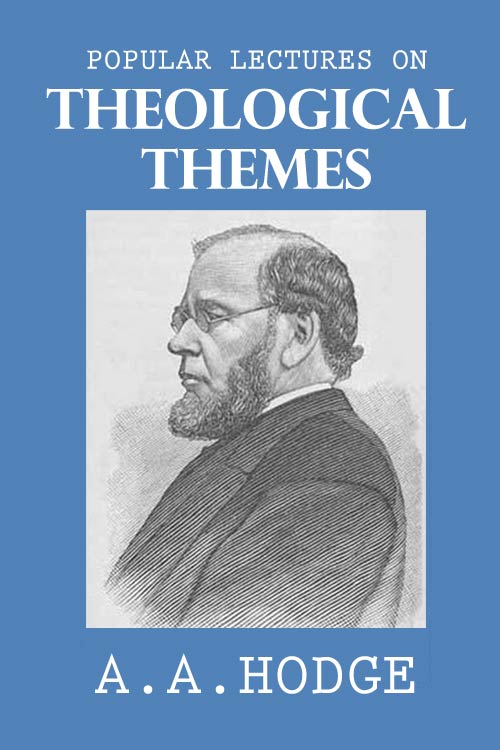 THE Lectures which compose this volume originated in the request of a number of ladies in Princeton to be formed into a class for instruction in theological subjects. This class was continued for two winters, the method adopted being entirely oral.

In the fall of 1885 a few ladies in Philadelphia proposed that the Lectures should be repeated to a similar class in that city. Large audiences of both men and women were attracted to hear them, and the reports published in the Presbyterian and the Presbyterian Journal awakened a desire for their repetition elsewhere.

The reports published in The Presbyterian were for the most part from manuscript furnished by the author, which in some instances was prepared after the delivery of the Lectures; and the courtesy of The Presbyterian in permitting the author to use these, with revision and amendments, is gratefully acknowledged.

In 1886 it was proposed that a shorter course be prepared to complete the presentation of subjects, and that the whole should be issued in a volume.

Seven additional Lectures were prepared for this purpose, and, with the exception of the close of Lecture XVII., were fully written during the summer, but were never passed in review by the writer.

In this way it appears that Lectures I., II., III., IV., V., VI., X., XV., XVIII., XIX. were revised or rewritten after delivery; Lectures VIII., IX. are printed from the newspaper reports, which were not so revised; while Lectures VII., XI., XII., XIII., XIV., XVI., XVII. are printed from the author's MSS. without revision. If all had passed under his eye while going through the press, he would doubtless have carefully corrected them, and balanced the treatment so as to secure uniformity in the relation of parts. No changes have been attempted which were not obviously necessary.

Many thanks are due to the author's friend, the Rev. S. T. Lowrie, D. D., for much labor kindly bestowed in preparing the copy for the press, as well as in the preparation of the Index.

In the hope that their posthumous publication may serve to promote the truth to which the author's life was devoted, and so further the end of their original delivery, the Lectures are offered to the public.