Dear PCA, Don’t Let Revoice Fool You: A Response to Revoice’s Frequently Asked Questions – Part 1
The Means of our Effectual Call
10 Ways Affliction Works for Good
Adversity
Don't Confuse Justification with Regeneration or Sanctification
"Problematic Texts” for Definite Atonement in the Pastoral and General Epistles
Particular Redemption in John 17
Prayer is Abandoning Reliance on Self
The Work of the Holy Spirit and the Strengthening of Faith
The Method of Grace

Overhearing the Grace of God 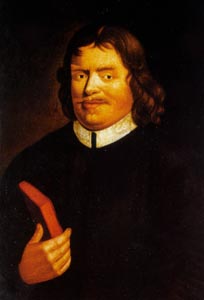 But upon a day, the good providence of God did cast me to Bedford, to work on my calling; and in one of the streets of that town, I came where there were three or four poor women sitting at a door in the sun, and talking about the things of God; and being now willing to hear them discourse, I drew near to hear what they said, for I was now a brisk talker also myself in the matters of religion, but now I may say, I heard, but I understood not; for they were far above, out of my reach; for their talk was about a new birth, the work of God on their hearts, also how they were convinced of their miserable state by nature; they talked how God had visited their souls with his love in the Lord Jesus, and with what words and promises they had been refreshed, comforted,and supported against the temptations of the devil. Moreover, they reasoned of the suggestions and temptations of Satan in particular; and told to each other by which they had been afflicted, and how they were borne up under his assaults. They also discoursed of their own wretchedness of heart, of their unbelief; and did contemn, slight, and abhor their own righteousness, as filthy and insufficient to do them any good.

And methought they spake as if joy did make them speak; they spake with such pleasantness of Scripture language, and with such appearance of grace in all they said, that they were to me, as if they had found a new world, as if they were people that dwelt alone, and were not to be reckoned among their neighbours. Nu. xxiii. 9.

At this I felt my own heart began to shake, as mistrusting my condition to be nought; for I saw that in all my thoughts about religion and salvation, the new birth did never enter into my mind, neither knew I the comfort of the Word and promise, nor the deceitfulness and treachery of my own wicked heart. As for secret thoughts, I took no notice of them; neither did I understand what Satan’s temptations were, nor how they were to be withstood and resisted, &c.

Thus, therefore, when I had heard and considered what they said, I left them, and went about my employment again, but their talk and discourse went with me; also my heart would tarry with them, for I was greatly affected with their words, both because by them I was convinced that I wanted the true tokens of a truly godly man, and also because by them I was convinced of the happy and blessed condition of him that was such a one.

Therefore I should often make it my business to be going again and again into the company of these poor people, for I could not stay away; and the more I went amongst them, the more I did question my condition; and as I still do remember, presently I found two things within me, at which I did sometimes marvel, especially considering what a blind, ignorant, sordid, and ungodly wretch but just before I was; the one was a very great softness and tenderness of heart, which caused me to fall under the conviction of what by Scripture they asserted; and the other was a great bending in my mind to a continual meditating on it, and on all other good things which at any time I heard or read of.

Excerpt from John Bunyan’s autobiography, Grace Abounding to the Chief of Sinners,