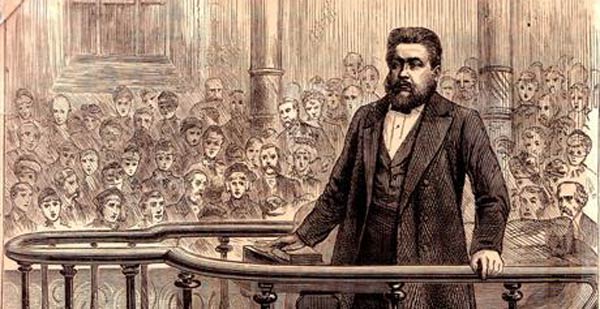 "He has appeared once for all at the end of the ages to do away with sin by the sacrifice of Himself." Hebrews 9:26

Our sins trail their horrid length athwart many years.

Our sins are aggravated, they are 'piled up' sins.

Our sins are against light and knowledge, against conscience, against vows and resolution.

Our sins are sins repeated after we had tasted of their bitterness.

Our sins are foul sins, sins it may be of the sort which bring the blush to the cheek.

Our sins made us toss on our beds as we remembered them with dread, and yet sins that we returned to as the dog returns to its vomit.

Oh! our monster sins, our horrible sins, our damnable sins!

Hell itself cannot put our sins away! There are the devil and his angels for whom hell was made, for whom the fire was first kindled, and its pit first digged; but they are as great sinners after these six thousand years as they were when first they were cast down from heaven!

And so those lost ones whose spirits have been in hell since the time of Noah's flood, they are still sinners, and after all the ages of suffering they have endured, not a sin less is upon them now than there was at first!

If you are ever cast into hell, though ages on ages may lapse, and the wrath of God be poured out upon you to the uttermost, there will never be the destruction of a single sin or particle of a sin by it all.

Sin cannot be put away until the penalty is borne to the end, and that can never be by finite man.

What a work was here, then, for the only begotten Son of God to do! Speak of the labors of Hercules! they were nothing compared with the labors of Emmanuel. Speak of miracles! to tread the sea, to hush the billows, to heal the sick, to raise the dead, these are all bright stars, but their light is hidden when compared with this miracle of miracles, when the Sun of Christ's righteousness arises with healing beneath his wings, and thick clouds of our sins are put away by him!

All of our sins, of every size, shape, form, hue, degree, or fashion, are altogether gone! Crimson sins, black sins, crying sins, every sort of iniquity from your childhood until now, and right on till you enter into the rest of the Beloved, they were all taken and laid upon Christ, and he made an end of them all when he offered up His great expiatory sacrifice! He has put away sin as a whole for His chosen ones!

"All praise to Him who loves us and has freed us from our sins by shedding His blood for us. He has made us His kingdom and His priests who serve before God His Father. Give to Him everlasting glory! He rules forever and ever! Amen!" Rev. 1:5-6

Excerpt from the sermon Jesus Putting Away Sin  (Hebrews 9:26) by C. H. Spurgeon