No Condemnation in Christ Jesus (eBook) 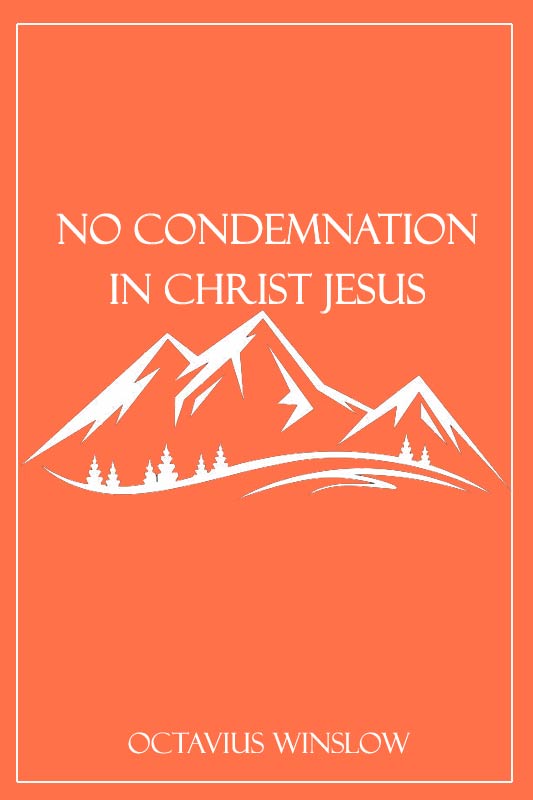 An exposition of Romans 8

It would have been no difficult task to have expanded the following pages- the substance of which was originally delivered by the author in the course of his stated ministrations, and in his usual extemporaneous mode of address- much beyond their present limit. His dread, however, of inflicting upon the public a volume, overgrown and unreadable- precious and alluring as was its theme- constrained him greatly to curtail his work; thus, he fears, exposing himself to the charge of having swept lightly and rapidly over subjects the greatness and importance of which demanded profounder thought, and more elaborate discussion. The portion of Holy Writ he has undertaken- it may be deemed somewhat too presumptuously- to expound, must be regarded as a mine of sacred wealth, as inexhaustible in its resources, as those resources are indescribable in their beauty, and in their excellence and worth, priceless.

It would, perhaps, be impossible to select from the Bible a single chapter in which were crowded so much sublime, evangelical, and sanctifying truth as this eighth of Romans. It is not only all gospel, but it may be said to contain the whole gospel. In this brief but luminous space is embraced an epitome of all the privileges and duties, trials and consolations, discouragements and hopes of the Christian. Commencing with his elevated position of No Condemnation from God, it conducts him along a path where flowers bloom, and honey drops, and fragrance breathes, and music floats, and light and shade blend in beautiful and exquisite harmony to the radiant point of no separation from Christ. And amid the beauties and sweets, the melodies and sunshine of this glorious landscape of truth, thus spread out in all its panoramic extent and magnificence before his eye, the believer in Jesus is invited to roam, to revel, and delight himself.

May the Holy and Eternal Spirit impart to the reader, and, through his prayers, increasingly to the writer, the personal possession and heart-sanctifying experience of the Divine treasures of this precious portion of God's Word. And, if this simple and imperfect outline may but supply a faint and glimmering light, guiding the reader to a more prayerful and thorough exploration of this mine of the "deep things of God," thus leading to the discovery of new and yet richer veins, the Author will not regret that the oil which fed the lamp has been drawn from his own exhausting, yet holy and delightful studies.

And now to the Father, Son, and Holy Spirit, as unto the Triune Jehovah, be all honor and praise forever. Amen. 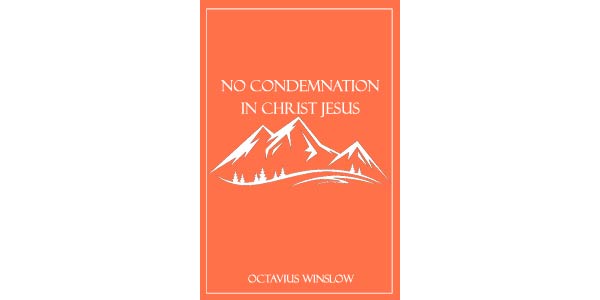 2. Freedom from the Law of Sin and Death

3. The Impotence of the Law, and God's Method of Meeting It

4. The Unregenerate and the Regenerate Contrasted

6. The Enmity of the Carnal Mind

8. The Indwelling of the Spirit in the Regenerate

9. The Body Dead, but the Spirit Life

10. The Resurrection of Christ

11. The Resurrection of the Christian

12. The Believer's Obligation to Mortify Sin

13. The Guidance of the Spirit

14. The Spirit of Adoption

15. The Spirit Testifying to the Believer's Adoption

18. The Earnest Expectation of the Renewed Creature

19. A Suffering World in Sympathy with Suffering Man

20. The First-fruits of the Spirit

22. The Sympathy of the Spirit with the Infirmity of Prayer

23. The Intercession of the Spirit in the Saints

24. All Things Working for Good

30. The Gift of God's Son, the Guarantee of All Other Blessing

34. No Separation from Christ Jesus

Today's Cancel Culture
The Excellency of Christ (eBook)
John Owen
The Just Shall Live by His Faith (eBook)
John Owen
The Just Shall Live by His Faith: Faith in a Time of Public Calamity - Hab 2:4
John Owen
Jesus, Satan and the New Age
Steven Bancarz
The Surprising Transformation of the Disciples of Jesus
Ryan Higginbottom
Daniel’s Vision of the Son of Man
Keith Mathison
What Is an Evangelical?
W Robert Godfrey
Arrogance
Mike Ratliff
Blog Share What Is Self-Discipline?
Steven J Lawson
The Fear of the Lord . . . for today?
Ed Welch
Cheap knockoffs: Five Christian heresies that made the modern world
Janie B. Cheaney
God’s Beauty for the Bored, Busy, and Depressed
Tony Reinke
Does Science Really Disprove God?: Open Letter to an Atheist Loved One
Mitch Stokes
Augustine's Four-fold State of Humanity
Third Mill
What is the Fourfold State of Man?
Rev Joseph R Nally
Do not Let the Algorithm Control You
Wyatt Graham
The Mark of an Educated Mind
Andrew Doyle
Resurrection Life in the Age to Come
Alan W Gomes
Gregory of Nyssa: The Father of Fathers
Shawn J. Wilhite
Hilary of Poitiers: The Hammer of the Arians
Peter Barnes
Why Read Early Christian Authors?: Examining the Modern Life with Help from the Past
Michael Haykin
Augustine of Hippo: A Life Marked by a Deep Commitment to Orthodoxy and Sovereign Grace
Dr William VanDoodewaard
The State of Glory - WCF 9.5
Curated Resources
The State of Innocency (Resources)
Reformed Study
The Will of Man - WCF 9.1
Reformed Study
The State of Glory
Dr Sinclair B Ferguson
The State of Grace
Cornelis P Venema
The State of Nature
Dr William VanDoodewaard
The State of Innocence
Richard Belcher
Who Am I?
Burk Parsons
Pastors, Watch Your Doctrine
Greg Wills
God’s Servant Must Not Be Quarrelsome: Good Pastors Know When to Pick a Fight But Prefer to Avoid Them
Kevin DeYoung
Pastors on Social Media
Jonathan Leeman
The Sign of a Heart Changed by Grace
Duties of Christians Fellowship (eBook)
John Owen
Pastors, Covid, and Criticism
Andrew Roycroft
How Could Forgiveness Possibly Lead to Fear?
Michael Reeves
With Liberty and Justice for All
Kevin DeYoung
Objection: The terms "monergism" and "synergism" ain't in the Bible
Isaiah 9:6: “Everlasting Father”: The Error of Oneness Theology Refuted
Edward Dalcour
Face to Face with the Holy One
Dr. John MacArthur
How church history will help you defend the faith
Michael Haykin
Why Some Christian Leaders Don’t Post About Current Events on Social Media
David Qaoud
Memory, Monuments, Morality, and Mayhem: The Burden of Reckoning with Historical Symbols
Albert Mohler
An Identity That Can Handle Either Success or Failure
Timothy J Keller
Life and Prosperity, Death and Destruction - Deuteronomy 30 (YouTube)
Timothy J Keller
How to Bring the Gospel to Post-Christian America (YouTube)
Timothy J Keller
How to Deal with Dark Times
Timothy J Keller
Assurance of Salvation (MP3)
Darrell B. Harrison