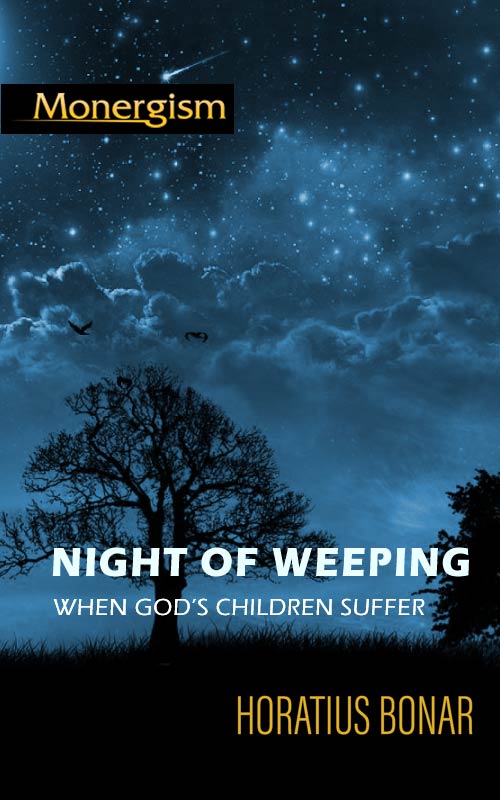 "Weeping may endure for a night, but joy cometh in the morning"—Psalm 30:5.

"We must through much tribulation enter into the kingdom of God"—Acts 14:22.

"The Night of Weeping expounds compassionately and beautifully a biblical view of suffering, showing how it is an integral part of belonging to God's family, how to cope with it, and how it benefits the believer. The chapters on the purifying and solemnizing fruits of suffering are themselves worth the price of the book." - Joel Beeke

IT IS NO EASY MATTER to write a book for the family of God. Yet it is for them that these thoughts on chastisement are written.

They may be found not unsuitable for the younger brethren of the Man of sorrows. For the way is rough, and the desert blast is keen. Who of them can say aught regarding their prospects here, save that tribulation awaiteth them in every place as they pass along? This they must know and prepare for, grasping more firmly at every step the gracious hand that is leading them on to the kingdom, and looking up for guidance to the loving eye that rests over them with fondest vigilance, ever bright and ever tender, whether in shadow or in sunshine, whether amid the crowds of busy life, or in the solitude of the lonely way.

It is, then, to the members of this family that this little volume is offered. They may find in it something which may not merely interest them, but may also meet their case; something, too, in which, perhaps, they may recognize, not the voice of a stranger, but of a brother: "a companion in tribulation and in the kingdom and patience of Jesus Christ." For the tones of the suffering brotherhood on earth have something in them too peculiar not to be instinctively recognized. It is said of Arabian airs that they are all plaintive. They all touch some melancholy chord, as if the wail of the desert echo were the keynote of each melody. It is in some measure thus with the children of the kingdom, while sojourning in this wilderness of earth. "Their voice is ever soft, gentle, and low." Sorrow has smoothed away its harshness, and breathed gentler feeling into its tones. True, it is the voice of gladness, for it is the voice of the forgiven; but still it is sorrowing gladness, calm and serious joy. Their peculiar lot as followers of a hated Lord and their peculiar circumstances, as standing in the midst of a doomed and dying world, have wrought into their spirit a deep though serene solemnity of expression, alike in look and voice. Hence, there is the instinctive recognition among the brotherhood, not only of the family look, but of the family tones.

It is of family matters that we speak, and in these each member has a common interest. The "household of faith" has many concerns, and not the least of these are its sorrows. These are the lot of all; and there is no member of the household but has his share in these, either in personal suffering or in helping to bear the burden of others.

What is now written may be found suitable to all, whether actually under chastisement or not. It is, however, presented specially to those who are "in heaviness through manifold temptations," suffering the rebuke of the Lord, passing through fire and through water, with "affliction laid upon their loins." The bruised reed must not be broken, the smoking flax must not be quenched. The hands which hang down must be lifted up, and the feeble knees confirmed; that which is lame must not be turned out of the way, but rather healed.3

Our desire is to minister to the saints in the consolation and admonition of the Lord. We would seek to bear their burdens, to bind up their wounds, and to dry up at least some out of their many tears. To comfort those who mourn is not only to act in obedience to the command, "Bear ye one another's burdens, and so fulfill the law of Christ"; it is to walk by the side of Jesus in His visits of mercy to His suffering saints on earth; nay, it is to be fellow-workers with the Holy Ghost as the Church's Comforter in all her tribulations and distresses.

Of these things the world knows little. Its sympathies are not with the saints, either in their sorrow or their joy. Family concerns, and especially family griefs, are not for strangers to meddle with. They are things too high for them. And how shall they understand them so long as they remain without? They must first come in and take their place among the children beneath the paternal roof. And what should stay them? The gate stands open day and night. They would be welcomed in with the kindliest greetings of love.

But though standing afar off from the saints and unable to mingle its sympathies with theirs, the world still has sorrows of its own, deep and many. To grieve, and yet have no comforter; to be wounded, and yet have no healer; to be weary, and yet know no resting-place—this is the world's hard lot.

Yet it is a self-chosen one. God did not choose it for them. They chose it for themselves. God invites, nay, pleads earnestly with them to quit it, yet they will not. Wretched as it is, they prefer it to the friendship of Him with whom their heart is at enmity, and whose presence is to them all gloom and terror. Yet He continues to entreat them. He does not let them alone. The "many sorrows" which compass them about are His many messages of grace, His unwearied knockings at their fast closed door. He writes "vanity" upon the creature, "weariness and vexation" upon earth's best delights that men may not place their confidence in these. Most mercifully does He hedge them about with disappointment of every form that they may lift their eyes above this earth and beyond these heavens to the enduring blessedness that is at His right hand forever. With what kindness, though with seeming severity, does He mar their best friendships that He may attract them to the communion of His own far better and everlasting companionship? With what compassion does He break in upon their misguided attachments that He may draw them away from earth and bind them to Himself by the more blessed ties of His own far sweeter love? With what tenderness does He tear asunder the bonds of brotherhood and kindred that He may unite them to Himself in far dearer and eternal relationship?

With what mercy does He overthrow their prospects of worldly wealth and bring down their hopes of earthly power and greatness that He may give them the heavenly treasure and make them a "royal priesthood" to Himself in the glorious kingdom of His Son. With what love does He ruin their reputation among men, breaking in pieces their good name which was their idol that He may show them the vanity of human praise, leading them to desire the honor that cometh from God and to know that in His favor is life and that the light of His countenance is the very sunshine of Heaven.

Oh, that a weary, brokenhearted world would learn these lessons of grace! Oh, that they would taste and see that God is good! Let them but come home to Him. He will not mock them with shadows, nor feed them with husks. He will satisfy their craving souls; He will turn their midnight into noon; He will give them beauty for ashes, the oil of joy for mourning, the garment of praise for the spirit of heaviness that they may be called trees of righteousness, the planting of the Lord.

Let the world, however, regard God's dealings with them as they may: let not "the children" despise the chastening of the Lord, nor faint when they are rebuked of Him. They at least should know the meaning of His actions toward them, for they know HIM. The world may misunderstand His rebukes or put an unkind construction upon them; they cannot, for they know that "God is love."

The thoughts that follow are designed to assist them in interpreting God's ways, not merely in finding comfort under trial, but in drawing profit from it. I have at least attempted to contribute something toward this end. I have done what I could, rather than what I would. But it may be that the Head of the family will own it, and send it with His own blessing to the scattered members near and far. He knows that they need some such words in season; and that, if thickening signs deceive not, they will ere long need them more. In such a case even this little volume may be helpful.

It is written in much weakness, and with many sins to mar it; amid what trials it is of little moment for a stranger to learn. It is written by one who is seeking himself to profit by trial, and trembles lest it should pass by as the wind over the rock, leaving it as hard as ever; by one who would fain in every sorrow draw near to God that he may know Him better, and who is not unwilling to confess that as yet he knows but little. 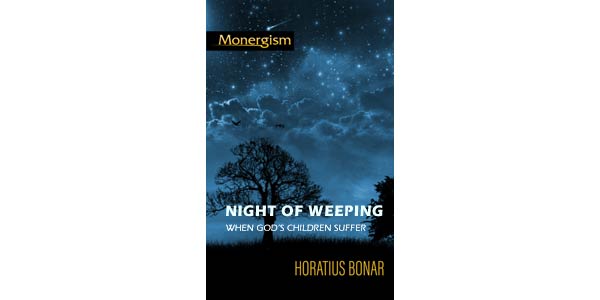 PREFACE I. THE FAMILY