The Negative Attractions of Heaven (eBook) 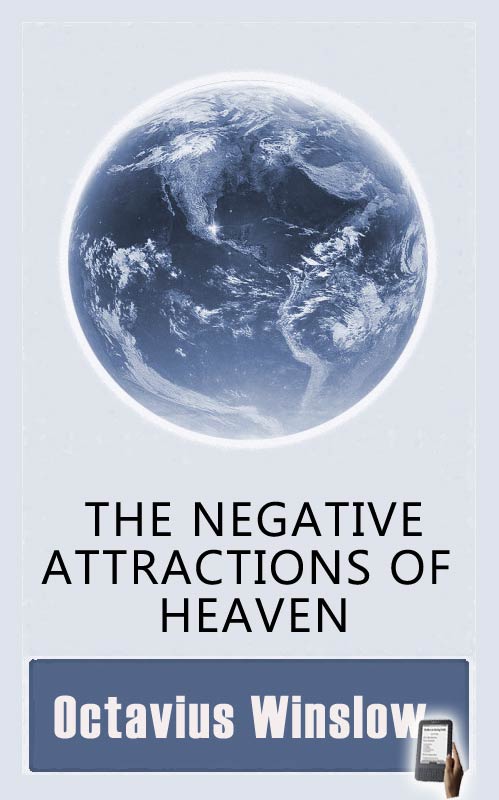 He will wipe away every tear from their eyes, and death shall be no more, neither shall there be mourning, nor crying, nor pain anymore, for the former things have passed away.” - Rev. 21:4

This book has also been named, PISGAH VIEWS, or, THE NEGATIVE ASPECTS OF HEAVEN

Then Moses went to Mount Nebo from the plains of Moab and climbed PISGAH Peak, which is across from Jericho. And the Lord showed him the whole land, from Gilead as far as Dan; all the land of Naphtali; the land of Ephraim and Manasseh; all the land of Judah, extending to the Mediterranean Sea; the Negev; the Jordan Valley with Jericho--the city of palms--as far as Zoar. Then the Lord said to Moses, "This is the land I promised on oath to Abraham, Isaac, and Jacob, and I told them I would give it to their descendants. I have now allowed you to see it, but you will not enter the land." Deut. 34:1-4

(God had declared that Moses would not enter Canaan, the Promised Land. But the Lord also promised that he would have a view of it, and showed him all that good land. Such a sight believers now have, through grace, of the bliss and glory of their future state. –Matthew Henry)

"Could we but climb where Moses stood,
And view the landscape o'er,
Not Jordan's streams, nor death's cold flood,
Should fright us from the shore." 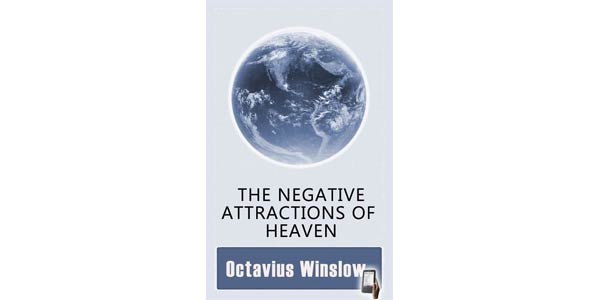 The revealed descriptions of HEAVEN are, for the most part, of an obscure and 'negative' character. The negative style of delineation was probably adopted by the Holy Spirit as more fitted to convey to our minds intelligent and vivid ideas than those positive modes of existence of which the future blessedness of the saints really consists. Who can fail to recognize in this arrangement of the picture the hand of a Divine Artist? Throwing in the background of the canvas some of the darker shadows of the present life, the great and attractive objects of the future are thus made to stand out in more distinct form and in richer glow. By portraying to us what Heaven is NOT, we form a more correct and bright conception of what Heaven really is.

By a similar stroke of artistic skill--reversing the picture of our Lord's life of humiliation--we get a more true and realizing idea of His great glory and happiness in Heaven. To be told that He no more sorrows, nor weeps--is no more reviled and persecuted--no more hungers and thirsts--suffers and dies no more--unfolds to us more impressively the great and inconceivable blessedness into which He has entered! What a contrast to the life of lowliness and poverty, scorn and neglect, grief and woe, suffering and death, to which He subjected Himself all for the great love He bore us on earth! What Divine glory now crowns His head! What perfect joy fills His soul! What pure worship robes Him with its incense! What sublime songs of adoration roll in circling waves around His throne!

"'Tis past; the dark and dreary night!
And, Lord, we hail You now
Our Morning Star, without a cloud
Of sadness on Your brow.

"Your path on earth--the cross, the grave--
Your sorrows now are o'er,
And, oh, sweet thought!
Your eye shall weep,
Your heart shall break no more."

The design of this little work is to serve a twofold, soul-animating, purpose--as a STAFF, aiding faith's ascent of the glorious height of Pisgah; and then, from its summit--as a TELESCOPE, bringing nearer to its sanctifying and comforting view those sublime beauties and winning attractions of the "land which is very far off," and which, in our present imperfect state, are best understood and felt in their shadowy and negative forms. "Now we see through a glass darkly, but then face to face; now we know in part, then shall we know even as also we are known." Oh, sweet thought! soon we shall spring from the Pisgah of earth to the Mount Zion of Heaven, exchanging the dim glass of faith for the full, resplendent and eternal vision of its glory!--above, and eclipsing all--the beatific vision of "THE KING IN HIS BEAUTY."

"Out of your last home dark and cold,
You shall pass to a City whose streets are gold;
From the silence that falls upon sin and pain
To the deathless joys of the Angel's strain,
Out of the shadow into the sun,
The battle fought--the victory won!"

No More Hunger and Thirst

Irresistible Call
Steven J Lawson
How to Cast Your Cares on God
Doug Eaton
We are Too Slow in Recognizing Our Own Sin
Curated Resources
Are Legalism and Antinomianism Opposites?
Dr Sinclair B Ferguson
Providing for the Household
Andrew J DiNardo
Of The Holy Scripture WCF 1
Nicholas T Batzig
Tiyo Soga – The First Ordained Black South African
Simonetta Carr
In the World, but Not of the World
Ryan Higginbottom
Guilty, Anyone?
Peter Jones
Assurance of Salvation
Thomas Ridgley
Is the Church Necessary?
Ryan McGraw
Truth Corresponds to Reality
R C Sproul
What does it mean to fear the Lord?
Dr. John MacArthur
Election and Foreknowledge
Fred G Zaspel
Foreknowledge and Decree of God
Phil Ryken
Does God Know Everything That Could Possibly Happen?
Blue Letter Bible FAQ
Reformed Critique of Middle Knowledge
Francis Turretin
Calvinism and Foreknowledge – Romans 8:29, 1 Peter 1:2
Reformed Wiki
The Foreknowledge of God
Curated Resources
No Family Is Too Busy for Church
Marshall Segal
We Need Worldview-Confronting Preaching
Adam Nesmith
The Principles Of Reformed Worship
R Scott Clark
Did God Change at the Incarnation?
Keith Mathison
The Ordinary Means of Grace (Series of Essays)
Nine Marks
The 3 Most Important Truths I Learned at Seminary
Pierce Hibbs
The Big Picture of the End Times (YouTube)
James White
A Body of Divinity: Being the Substance of Several Lectures on the Assembly's Larger Catechism
Thomas Ridgley
Of God and His Perfections (eBook)
Thomas Boston
An Exposition of the Assembly's Shorter Catechism (eBook)
Thomas Boston
Why Wokeness is a Christian Heresy
John Stonestreet
The Fall
Barry Cooper
Exchanging Truth for a Lie: Image, Idolatry, and the People of God
Dr. Ben Gladd
Prayer and the Ministry of the Word
H.B. Charles Jr.
Of the Office of Teachers
John Owen
Covenant
Geerhardus Vos
Brotherly Love
Geerhardus Vos
An Old Experiment’s Attempt to Destroy the New World
Curated Resources
I'm A Christian And You're A Catholic So What's The Difference?
Mike Gendron
The Sheepdogs That Wouldn’t Bark
Doug Wilson
How to Talk to a Heretic (8-Part Sermon Series)
Dr. John MacArthur
Confronting Error with Condemnation, Not Conversation
Dr. John MacArthur
Translation manipulation
World Magazine
The Privileges That Are Ours
Dr Sinclair B Ferguson
New Religions for a New Age
T. M. Suffield
You Must Be Ready for Jesus' Return!
Campbell Markham
The Punishments of Sin in the Present Life
Thomas Ridgley
The Elect are Chosen in Christ
Thomas Ridgley
Trinity vs. Tawheed
James White
DeYoung, Thompson, and Kwon: Seeing the Danger
Neil Shenvi
From Giving Money to Relinquishing Power: The Three Phases of Generosity
Curated Resources