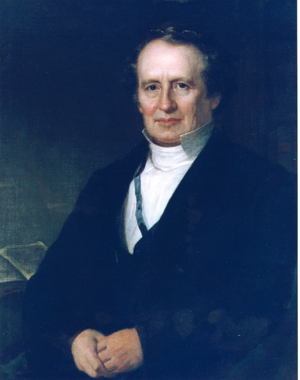 “For ye see your calling, brethren, how that not many wise men after the flesh, not many mighty, not many noble, are called: But God hath chosen the foolish things of the world to confound the wise; and God hath chosen the weak things of the world to confound the things which are mighty; And base things of the world, and things which are despised, hath God chosen, yea, and things which are not, to bring to nought things that are:That no flesh should glory in his presence.But of him are ye in Christ Jesus, who of God is made unto us wisdom, and righteousness, and sanctification, and redemption:That, according as it is written, He that glorieth, let him glory in the Lord.” – 1 Corinthians 1:26-31.

Those who are entirely overlooked as though they had no existence. There is a climax here. God has chosen not only plebeians¹, but of the plebeians¹ those who were objects of contempt, and even those below contempt, too insignificant to be noticed at all. These, and such as these, does God choose to make kings and priests unto himself. To bring to nought, literally, that he might bring to nought. This is a stronger term than that used in the preceding verse, and here specially appropriate. God brings to nothing the things that are, i. e. those who make their existence known and felt, as opposed to those who are nothing. It is apparent from the dispensations of grace, that knowledge, rank, and power do not attract the favour of God, or secure for their possessors any pre-eminence or preference before him. This should render the exalted humble, and the humble content. . .

The design of God in thus dealing with men, calling the ignorant rather than the wise, the lowly instead of the great, is that no man should boast before him. No one can stand in his sight and attribute his conversion or salvation to his own wisdom, or birth, or station, or to any thing else by which he is favourably distinguished from his fellow-men.

“But of him are ye in Christ Jesus, who of God is made unto us wisdom, and righteousness, and sanctification and redemption.” v. 30

As to its origin, it is of God. Of him ye are in Christ Jesus. . .Your conversion or saving union with Christ is not due to yourselves; it is not because you are wiser, or better, or more diligent than others that you are thus distinguished. This which is the turning point in theology, and therefore in religion, is here most explicitly asserted. And it is not only asserted, but it is declared to be the purpose of God to make it apparent, and to force all men to acknowledge it. He so dispenses his grace as to make men see with regard to others, and to acknowledge with regard to themselves, that the fact that they are in Christ, or true Christians, is due to him and not to themselves.

The effects of this union, as here stated, are, that Christ is of God…, as the author, made unto us,

1. Wisdom. Christ is the true wisdom. He is the Logos, the Revealer, in whom dwells all the fulness of the Godhead, and all the treasures of wisdom and knowledge. No man knoweth the Father but the Son, and he to whom the Son shall reveal him, John 1:18. Union with him, therefore, makes the believer truly wise. It secures the knowledge of God, whose glory is revealed in the face of Christ, and whom to know is eternal life. All true religious knowledge is derived from Christ, and it is only those who submit to his teaching who are wise unto salvation.

2. The second effect of union with Christ, is righteousness and sanctification;…these are intimately united as different aspects of the same thing. Righteousness is that which satisfies the demands of the law as a rule of justification; sanctification, or holiness, is that which satisfies the law as a rule of duty. Christ is both to us. He is our righteousness, because by his obedience and death he has fully satisfied the demands of justice, so that we are “the righteousness of God in him,” 2 Cor. 5:21. When we stand before the judgment-seat of God, Christ is our righteousness. He answers for us; he presents his own infinite merit as the all-sufficient reason for our justification. Rom. 3:21. 22. 5:19. Phil. 3:9.

He is also our sanctification. His Spirit dwells in all his people as the Spirit of holiness, so that they are transformed into his likeness from glory to glory. Wherever the Spirit dwells there are the fruits of the Spirit. Acts 26:18. Rom. 8:9-10. Gal. 5:22. Eph. 2: 5-10.

3. The third effect is redemption, i. e. deliverance from evil. This term sometimes includes all the benefits received from Christ. When he is called our Redeemer he is presented as our deliverer from guilt, from hell, from sin, from the power of Satan, from the grave. But when redemption is distinguished from justification and sanctification, it refers to the final deliverance from evil. The “day of redemption ” is the day when the work of Christ shall be consummated in the perfect salvation of his people as to soul and body. Rom. 8:23. Eph. 1:14; 4:30. Heb. 9:12.

Those, then, who are in Christ have divine wisdom or the saving knowledge of God and of divine things; they have a righteousness which secures their justification. There is no condemnation to those that are in Christ Jesus, Rom. 8:1. They are renewed after the image of God, and shall finally be presented without spot or blemish before the presence of his glory. And they are partakers of eternal redemption or full deliverance from all the evils of sin, and are introduced into the glorious liberty of the children of God. These infinite blessings can be obtained only through Christ. Union with him is the necessary, and the only necessary, condition of our participation of these blessings. And our union with Christ is of God. It is not of ourselves, by our own wisdom, goodness, or strength, but solely by his grace; and therefore must be sought as an unmerited favour.

“That, according as it is written, He that glorieth, let him glory in the Lord.” v. 31

That, i. e. in order that. The design of God in making wisdom, righteousness, sanctification, and redemption dependent on union with Christ, and union with Christ dependent, not on our merit, but on his own good pleasure, is that we should glory only in him; that is, that our confidence should be in him and not in ourselves, and that all the glory of our salvation should be ascribed to him and not to us. Such being the design of God in the work of redemption, it is obvious we must conform to it in order to be saved. We must seek wisdom, righteousness, sanctification, and redemption only in Christ; and we must seek union with Christ as an undeserved favour.

Excerpt from: Hodge, Charles . An Exposition of the First Epistle to the Corinthians.