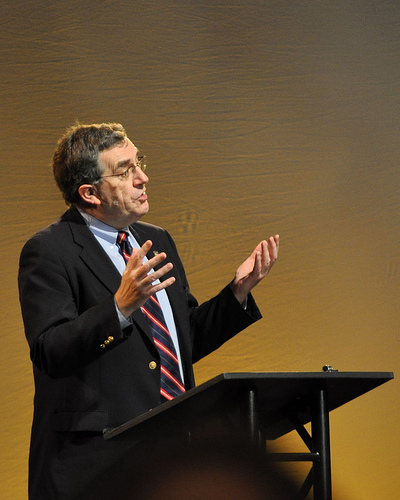 by Dr. Sinclair B. Ferguson

Sinclair Ferguson retired in 2013 as Senior Minister of First Presbyterian Church in Columbia, South Carolina, and returned to his native Scotland. Prior to this he held the Charles Krahe chair for Systematic Theology at Westminster Theological Seminary and served Church of Scotland congregations in Unst (Shetland) and Glasgow (St George’s Tron). He received his Ph.D. from the University of Aberdeen (1971).

Dr Ferguson has authored several books and retains his position as Professor of Systematic Theology at Redeemer Seminary, Dallas, Texas, and serves as a Teaching Fellow with Ligonier Ministries. He continues to preach God’s Word in churches and at conferences. Sinclair and his wife Dorothy have three sons, a daughter, three grandsons, and three granddaughters.

The following files are in MP3 format. To download right click and save to your hard drive.

God Does What His Own Law Can't Sinclair Ferguson - Romans 8:1-4

The Witness of the Spirit Sinclair Ferguson - Romans 8:14-17

The Mystery of the Third Groaning Sinclair Ferguson - Romans 8:18-27

Ferguson has been a speaker at a number of Sproul's Ligonier Conferences. Some of the books he has written, edited or contributed to include: