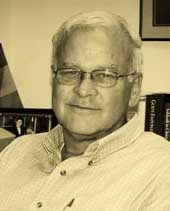 In these sermons, Pastor Charles Leiter is preaching topically through the parables of the Lord Jesus Christ as recorded in the gospel accounts. Charles brings to light the main reasons that our Lord Jesus taught in such a manner. First, in Psalm 78:2, it was prophesied that the Lord would open His mouth in parables and that He would speak about things and reveal things that have been hidden since the foundation of the world. Also, Jesus Himself had a two-fold purpose: to hide the riches of the teachings of the kingdom of God from the wise and the intelligent, and to reveal them to infants (Matthew 11:25). Charles emphasizes that these are not just nice little stories that the Lord Jesus decided to tell. He emphasizes that the parables are allegorical descriptions of actual, invisible, spiritual realities of the kingdom of God and are true for every son and daughter of the kingdom.

The parables, for the most part, consist of describing aspects of the Christian life. Jesus uses them to discuss many different themes, including: the infinite value of Jesus Christ and His gospel, the nature of judgment, the cost of being a disciple, Godâ€™s limited patience with hypocritical fruitlessness, the â€œtwo-groupâ€ reality of humanity (that all of humanity is either saved or lost), and the contrast between people like the scribes and the Pharisees (religiously self-deluded, self-righteous, hypocritical, and cruel toward sinners) and truly repentant people who believe and love the Lord.

This sermon series has been very helpful to many Christians. One of the wonderful elements of these sermons is the illuminating applications and exhortations and the searching questions that Charles brings out from the Lordâ€™s teachings in these parables. The truths contained in the parables force Christians to ask which group they are in: saved or lost, a sheep or a goat, wheat or a tare. Charles challenges Christians to test themselves on whether they truly see Christ as a treasure so valuable that He is worth giving up everything to follow Him. If there is anything that most clearly comes through Charlesâ€™ teaching in these sermons, it is that the application of our Lordâ€™s teaching in these parables is as relevant today as it was in first-century Israel. May all who hear these messages be helped in the Lord Jesus Christ.

Right Click and Save MP3 to your Hard Drive