The Inspiration of Scripture (eBook) 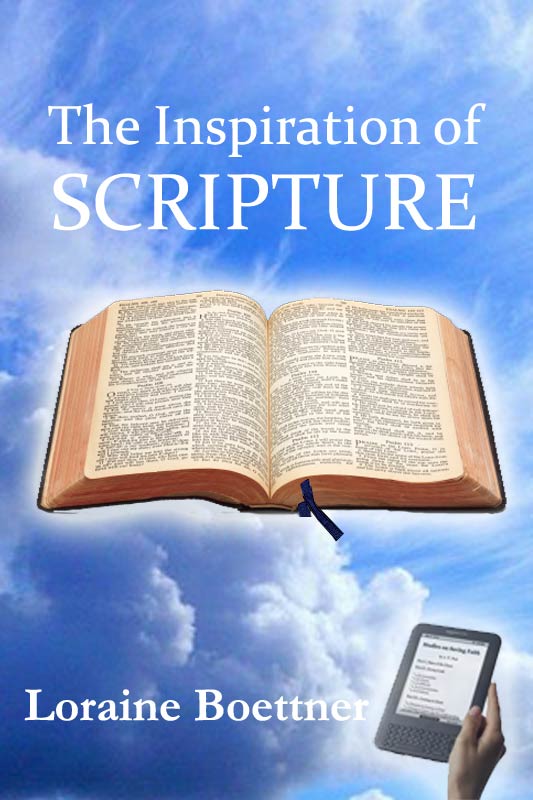 The answer that we are to give to the question, "What is Christianity?" depends quite largely on the view we take of Scripture. If we believe that the Bible is the very word of God and infallible, we will develop one conception of Christianity. If we believe that it is only a collection of human writings, perhaps considerably above the average in its spiritual and moral teachings but nevertheless containing many errors, we will develop a radically different conception of Christianity, if, indeed, what we then have can legitimately be called Christianity. Hence we can hardly over-estimate the importance of a correct doctrine concerning the inspiration of the Scriptures.

In all matters of controversy between Christians the Scriptures are accepted as the highest court of appeal. Historically they have been the common authority of Christendom. We believe that they contain one harmonious and sufficiently complete system of doctrine; that all of their parts are consistent with each other; and that it is our duty to trace out this consistency by a careful investigation of the meaning of particular passages. We have committed ourselves to this Book without reserve, and have based our creeds upon it. We have not made our appeal to an infallible Church, nor to a scholastic hierarchy, but to a trustworthy Bible, and have maintained that it is the word of God, that by His providential care it has been kept pure in all ages, and that it is the only inspired, infallible rule of faith and practice.

That the question of inspiration is of vital importance for the Christian Church is easily seen. If she has a definite and authoritative body of Scripture to which she can go, it is a comparatively easy task to formulate her doctrines. All she has to do is to search out the teachings of Scripture and embody them in her creed. But if the Scriptures are not authoritative, if they are to be corrected and edited and some parts are to be openly rejected, the Church has a much more difficult task, and there can be no end of conflicting opinions concerning either the purpose of the Church or the system of doctrine which she is to set forth. It is small wonder that determined controversy rages around this question today when Christianity is in a life and death struggle with unbelief.

It should be noted that the Church has not held all of her other doctrines with such tenacity, nor taught them with such clearness, as she has this doctrine of inspiration. For instance, there has been considerable difference of opinion between denominations as to what the Bible teaches concerning baptism, the Lord's Supper, predestination, inability of the sinner to do good works, election, atonement. grace, perseverance, etc.; but in the Scriptures we find this doctrine taught with such consistency and clearness that all branches of the Church, Protestant and Roman Catholic alike, have agreed with instinctive judgment that the Bible is trustworthy and that its pronouncements are final.

But while this has been the historic doctrine of Christendom, and while today it remains embedded in the official creeds of the churches, it is apparent on every side that unbelief has made serious inroads. Perhaps no event in recent Church History has been more amazing than the swing away from faith in the authority of the Scriptures. Even Protestants, who at the time of the Reformation took as their basic principle an authoritative Bible rather than an authoritative Church, have shown a great tendency to neglect the Bible. While numerous books and articles have been written on this subject in recent times, it must be admitted that most of these have been designed to explain away or to tone down the doctrines which the Church has held from the beginning.

Part 1 - The Nature of Scripture Inspiration

Part 3 - The Influence by which Inspiration is Accomplished

Part 4 - The Alleged Errors in Scripture

Part 5 - The Trustworthiness of the Bible

Part 6 - The Plenary Inspiration of the Bible